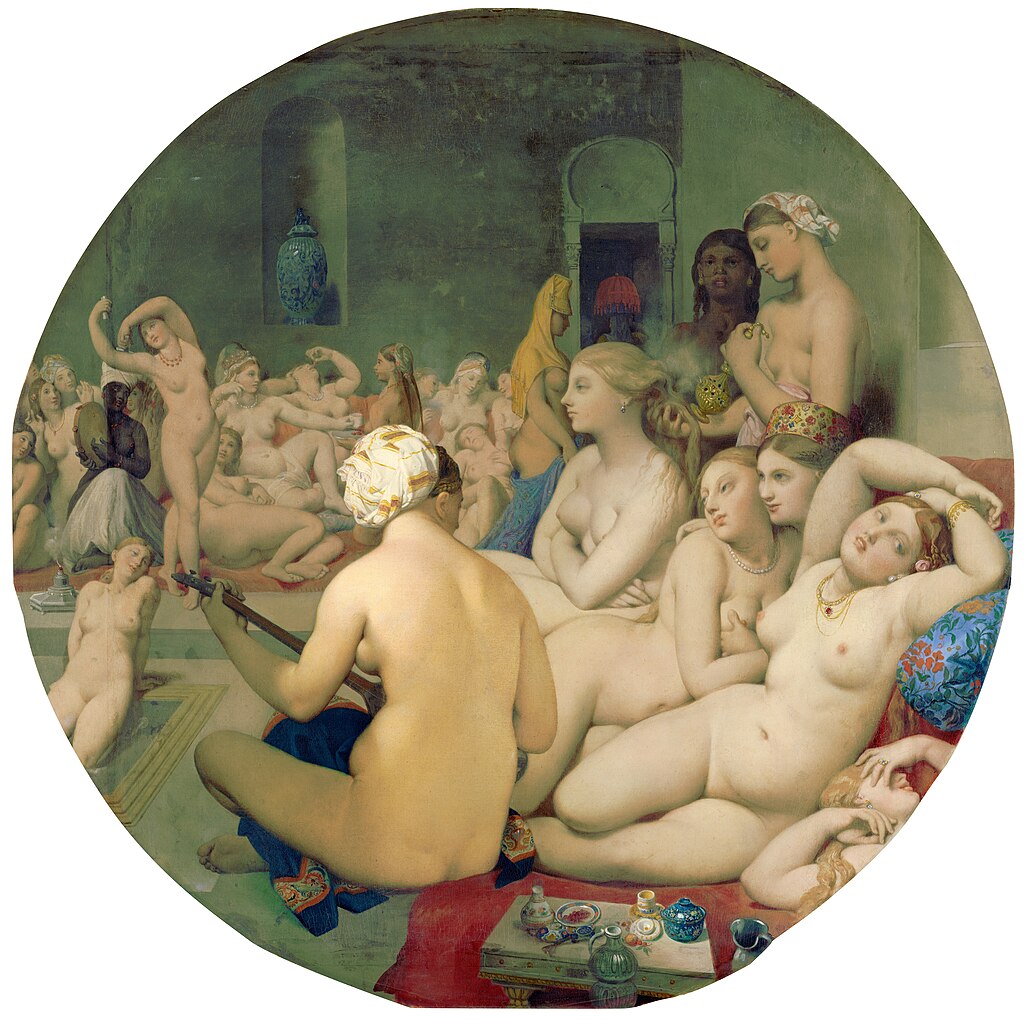 “The Turkish Bath” by Jean-Auguste-Dominique Ingres

Painted originally in a rectangular format, Ingres altered the painting by cutting the picture to its present tondo form. Fortunately, photographs of the art in its original size have survived.

It may be based on a 1717 written description of a Turkish harem by Lady Mary Montagu, where she mentions having viewed some two hundred nude women.

The painting builds on many motifs and figures Ingres had explored in earlier pictures, in particular, “The Valpinçon Bather and “Grande Odalisque.”

He did not paint this work from live models, but reusing ‘bather’ and ‘odalisque’ figures he had drawn or painted as single figures on beds or beside a bath.

Ingres was a French Neoclassical painter who thought of himself as a painter of history but who is also highly regarded for his many portraits.

Critics often found his style bizarre and archaic. His expressive distortions of form and space make him an important precursor of modern art. His work influenced Picasso and Matisse and other modernists.

As an art movement, Orientalist painting is generally treated as one of the many branches of 19th-century academic art. Orientalism is a term used by art historians and scholars to depict aspects in the Eastern world, usually done by artists from the West.

In particular, Orientalist painting, depicting more specifically “the Middle East,” was one of the many specialisms of 19th-century academic art of  Western countries.

“The Turkish Bath” by Jean-Auguste-Dominique Ingres

A Virtual Tour of the Louvre Paintings