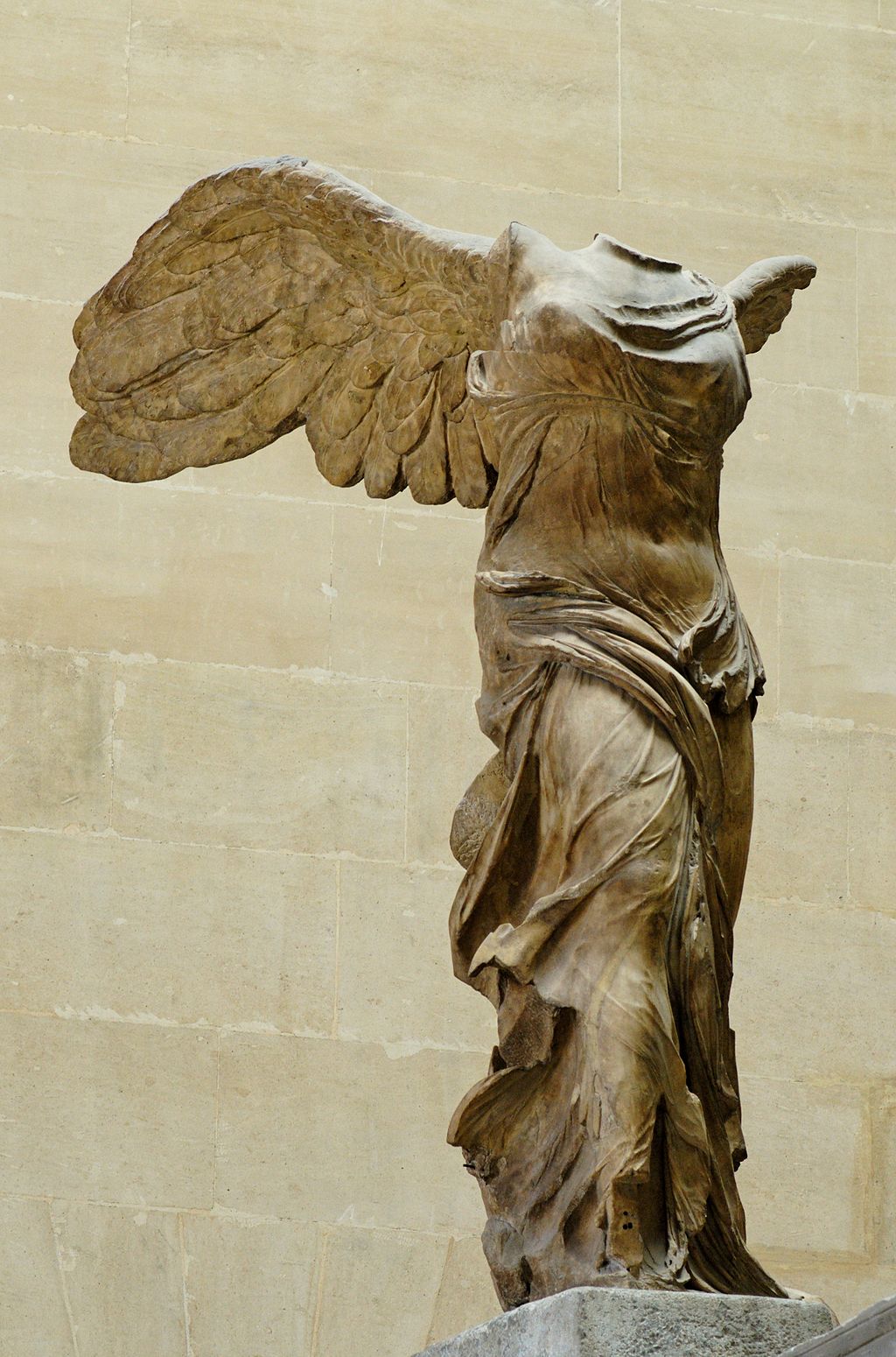 This colossal monument is a statue of the winged figure of Nike, the Greek goddess of Victory. This sculpture is considered one of the greatest masterpieces of antiquity, and replicas of this winged figure were famous in the ancient world.

The sculpture stood on the prow of a ship. It was erected to commemorate a naval victory by a Macedonian general.

The base of the Nike statue is in the form of a ship. It depicts the prow of a battleship, showing oar boxes jutting out from the ship’s flanks.

Nike is wearing a long tunic of fine cloth, which falls and folds to her feet. The fabric is gathered by two belts, one hidden by the folds which hang over the hips and a second strap beneath the breast area.

The garment’s flowing folds are portrayed with great skill. The beautiful cloth tunic is in striking contrast with the thick, deeply carved draped folds of the cloak on Nike’s back.

An archaeological excavation on the Greek island of Samothrace, led by an amateur French archaeologist, unearthed the giant winged statue in 1863.

The French arranged for the sculpture to be sent to Paris. It is today considered one of the Louvre’s greatest treasures and is displayed at the top of the sweeping Daru staircase at the Louvre.

The Greek island of Samothrace is in the northeastern Aegean Sea. In ancient times, the island was home to a famous temple complex known as the Great Gods Sanctuary.

During a 1950 excavation, part of her right hand and other fragments were discovered by archaeologists. A plaster cast of the statue and a very few recently discovered fragments are in the Samothrace Archaeological Museum.

“To win glory,
step into the chariot of honored Victory (Nike),
to one person only does the goddess grant to jump into her great carriage.”
– Simonides