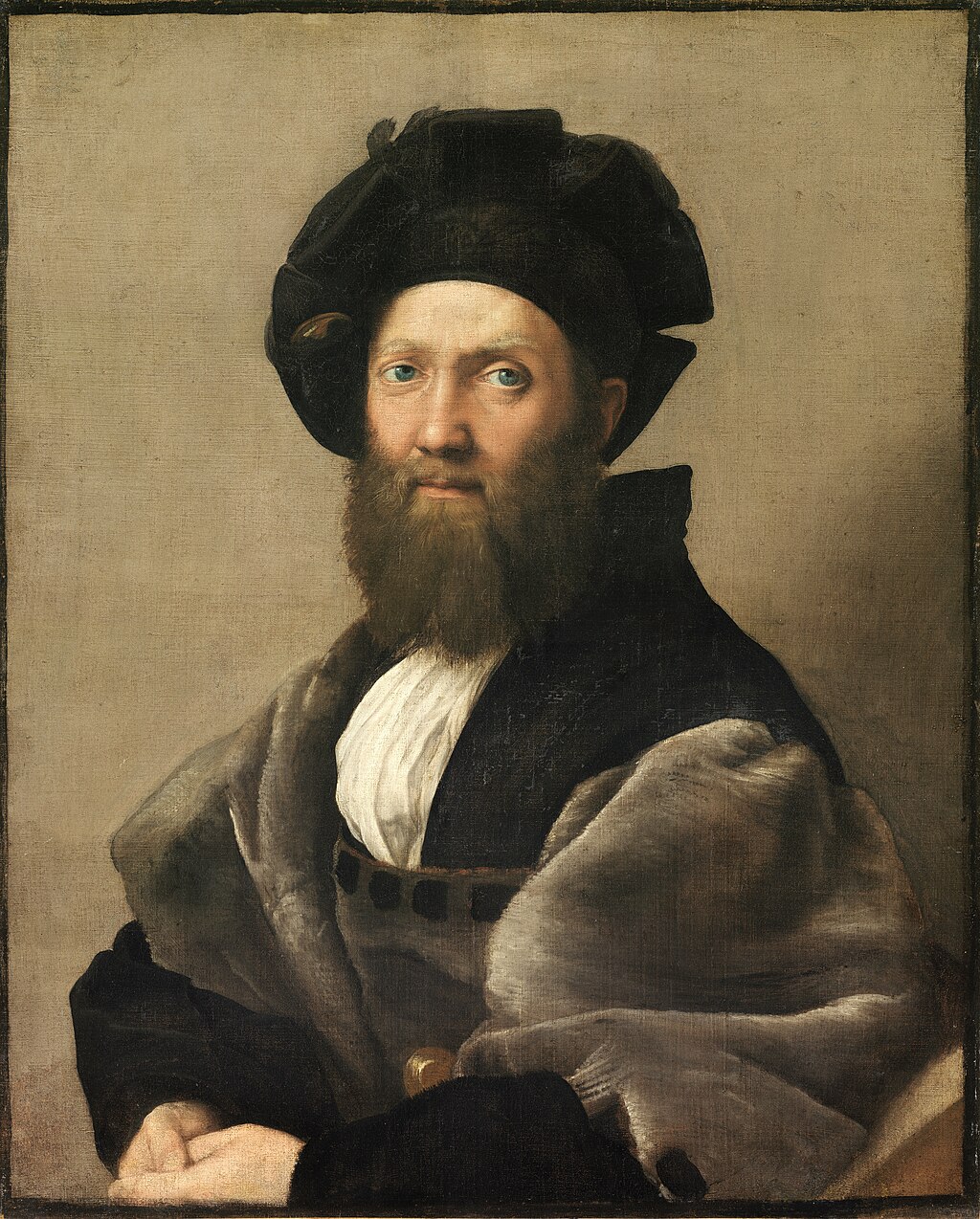 “Portrait of Baldassare Castiglione” by Raphael

Castiglione is seated against an earth-toned background and wears a dark doublet with a trim of squirrel fur and black ribbon. On his head is a turban topped by a beret.

The lightest areas are the subject’s face, his white shirt which is billowed out in the front at his chest, and his folded hands. Castiglione is painted with a humane sensitivity characteristic of Raphael’s later portraits.

The soft contours of his clothing and rounded beard express the subtlety of the subject’s personality. The portrait was produced as a result of Raphael’s friendship with Castiglione.

They were close friends by 1504, when Castiglione made his second visit to Urbino, as Raphael was gaining recognition as an artist in the humanist circle of the city’s ducal court.

Raphael was commissioned in 1505 to paint a picture for Henry VII. Castiglione traveled to England to present the finished painting to the king.

Castiglione in Raphael’s “The School of Athens”

Castiglione is also later depicted in Raphael’s “The School of Athens.” He is pictured as Zoroaster at the far right of the fresco next to the image of Raphael himself.

Zoroaster was an ancient Iranian spiritual leader who founded what is now known as Zoroastrianism.

Raphael used Castiglione’s portrait to illustrate the teacher who challenged the traditions of the then Indo-Iranian religion and inaugurated a movement that eventually became the dominant religion in Ancient Persia. 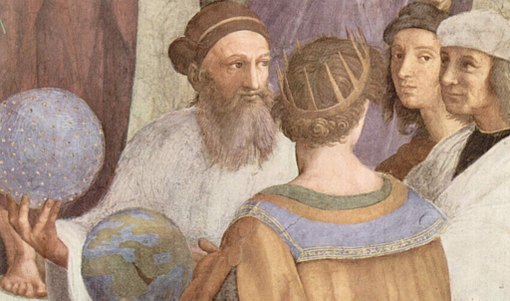 Baldassare Castiglione (1478 – 1529), count of Casatico, was an Italian courtier, diplomat, soldier, and a Renaissance author, who is famous for his “The Book of the Courtier.”

His book dealt with questions of the etiquette and morality of the courtier and was very influential in 16th-century European court circles.

The “Portrait of Baldassare Castiglione” from 1515 by Raphael is one of the great portraits of the Renaissance, which has had an enduring influence.

The Book of the Courtier

“The Book of the Courtier” is a book of manners which dealt with issues of behavior and morals at princely and royal courts.

Written by Baldassare Castiglione beginning in 1508, and published by 1528, just before his death. An English edition was published in 1561.

In the book, the courtier is described as having a calm mind, a pleasant voice with beautiful and elegant words along with proper bearing and gestures.

At the same time, though, the courtier is expected to have a warrior spirit, to be athletic, and have good knowledge of the humanities, Classics, and fine arts.

The book is organized as a series of fictional conversations that debate the nature of nobility, humor, women, and love.

Raphael was an Italian painter and architect of the High Renaissance.

His work is admired for its clarity of form, ease of composition, and together with Michelangelo and Leonardo da Vinci, he is one of the great masters of that period.

Castiglione: Art of Being a Renaissance Man

Castiglione and The Courtier