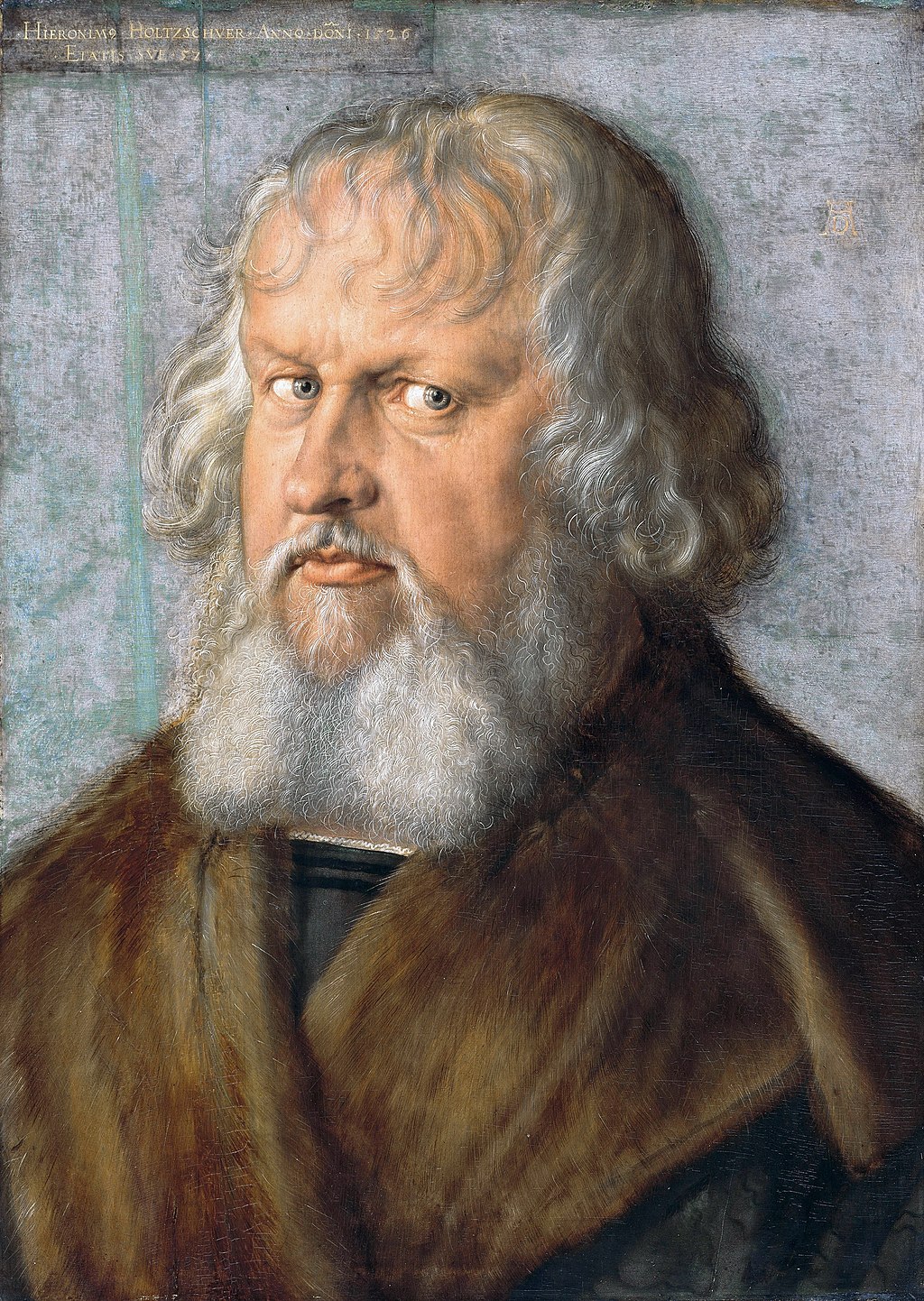 It was probably commissioned for an official celebration and exhibited at the city’s town hall. The cultural flowering of Nuremberg, in the 15th and 16th centuries, made it the center of the German Renaissance.

The German Renaissance developed from the Italian Renaissance and spread Renaissance humanism, which influenced the many advances made in the fields of architecture, the arts, and the sciences.

Including the developments of printing and the Protestant Reformation that were to dominate the 16th century all over Europe.

Dürer was born in Nuremberg, and his vast body of work includes engravings, prints, altarpieces, portraits and watercolors, and academic books.

Dürer established his reputation across Europe when he was still in his twenties due to his high-quality woodcut prints. He founded communications with the many primary Italian artists of his time, and from 1512 he was patronized by emperor Maximilian I.

His reputation was enhanced by his theoretical treatises, which covered mathematics, perspective, and proportions. Both the Lutheran and Episcopal Churches also commemorate Dürer.

The first documentary mention of the city of Nuremberg was in 1050 as the location of an Imperial castle. The city expanded dramatically in importance due to its strategic place on crucial trade routes.

During the late 12th century, the German emperors transferred the city administration and the municipal courts to the Imperial mayor of the city.

This gradual transferral of ever-increasing powers to the city mayor finally broke out into open hostility with the military and the captains of a Nuremberg castle, which greatly influenced the independent traditions of the city.

Nuremberg was referred to as the ‘unofficial capital’ of the Holy Roman Empire, mainly because the Imperial Diet (Reichstag) and courts met at Nuremberg Castle.

The Diets of Nuremberg were the deliberative body of the Holy Roman Empire, which was an essential part of the administrative structure of the empire.

In 1219, Frederick II granted the ‘Great Letter of Freedom,’ which granted town rights, the privilege to mint coins, and an independent customs policy. Nuremberg soon became one of the great trade centers on the route from Italy to Northern Europe.

A Tour of the Gemäldegalerie, Berlin

Northern Renaissance 02 The Birth of the Artist

“What beauty is, I know not, though it adheres to many things.”
– Albrecht Dürer