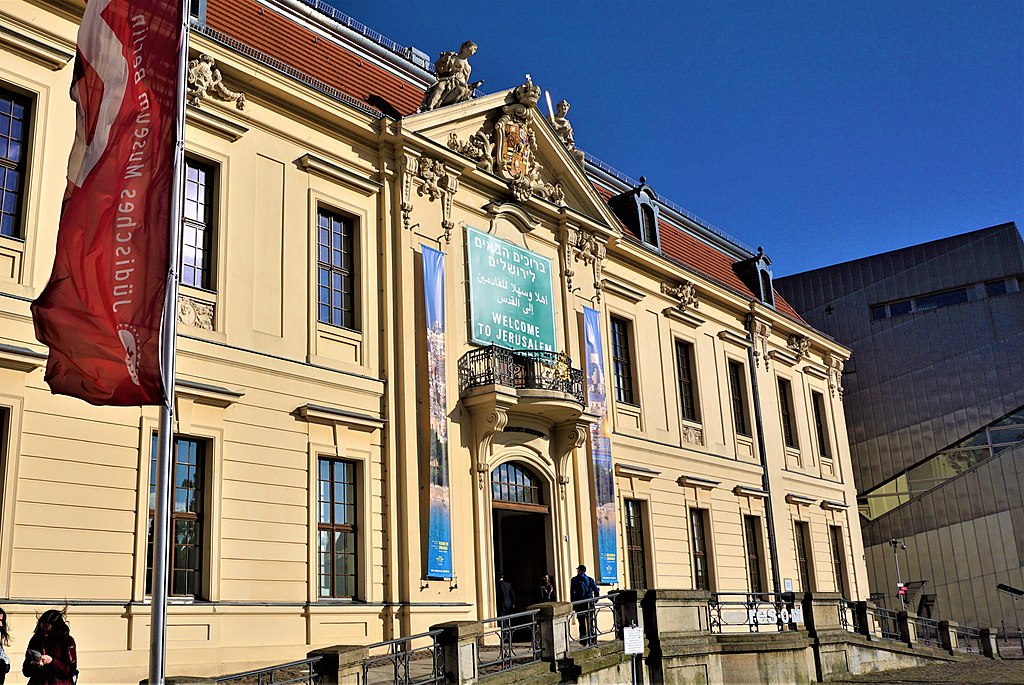 The first Jewish Museum in Berlin was founded in1933 to curate Jewish history and feature collections of Jewish art.

The current Jewish Museum Berlin was opened in 2001 and consists of three buildings, two of which are new additions built explicitly for the museum.

German-Jewish history is documented in the collections, the library, and the archive, and is reflected in the museum’s program of events.

The permanent exhibition “Two Millennia of German Jewish History” presented Germany through the eyes of the Jewish community.

In the section on National Socialism, the emphasis was placed on how Jews reacted to the increasing discrimination against them, such as founding Jewish schools and social services.

Highlights of the Jewish Museum, Berlin

“A house divided against itself – its future is to be destroyed.”

“Use your noble vase today; tomorrow it may break.’

“A person is lonely until he finds himself.”

“When luck comes, offer him a chair.”

“A basic rule of caution: Don’t be overly cautious.”

“Truth is heavy, therefore few care to carry it.”

“A person should walk down the middle of the path and not veer to one side or the other.”

“When a fool is sent to market, all the merchants are happy.”

“A bird that you set free may be caught again.”

“What cannot be cured must be endured.”

“A broken nail cannot be straightened.”

“When you have no choice, mobilize the spirit of courage.”

“A man’s clothes hint at his inner character.”

“When wood is chopped, splinters fall.”

“A dead cow gives no milk.”

“Time and chance happen to everyone.”

“A mother understands what a child does not say.”

“A defect – the bride is too pretty.”

“A people’s legends reveal its character more clearly than its acts and events.”

“A dream which has not been interpreted is like an unread letter.”

“A person cannot create even a tiny worm, but he fashions thousands of idols.”

“The wise man conceals his intelligence; the fool displays his foolishness.”

“A fault-finder complains even that the bride is too pretty.”

“The truth is not always what we want to hear.”

“A nation’s future lies in its past.”

“The sun will set without your assistance.”

“A good dream is better than a bad one.”

“The righteous say little and do much.”

“A man too good for the world is no good for his wife.”

“A good name is more valuable than a velvet garment.”

“A man should stay alive if only out of curiosity.”

“A man is not allowed to eat before he feeds his animal.”

“A good wife and health are a man’s best wealth.”

“A little child weighs on your knee, a big one on your heart.”