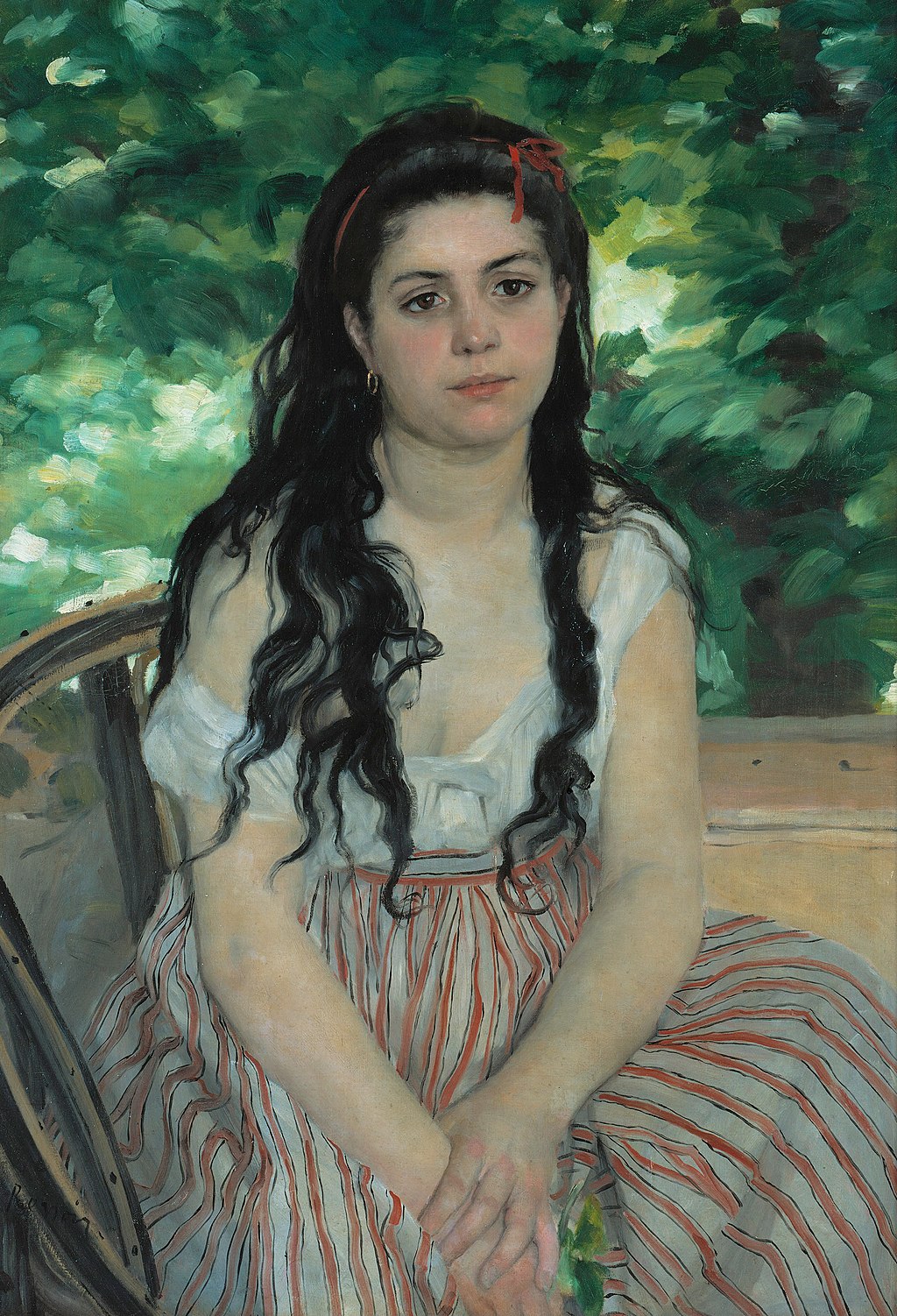 “In Summer” by Auguste Renoir

The portrait is of a young woman, dressed informally, sitting on a chair with greenery behind.

Lise is carefully finished, but the background is sketched out roughly with bold dashes of color in broad brushstrokes suggesting sunlit foliage.

A thin red hairband holds her hair back from her face, with wavy tresses falling loosely over her shoulders.

Her arms lie in her lap, with a few green leaves held in her right hand. Lise has a distant expression, gazing into the distance.

She was the model for almost all of Renoir’s work featuring female figures at this time. Tréhot later married Georges Brière de l’Isle in 1883 and raised four children.

He was a prolific artist who created several thousand paintings. The single most extensive collection of his works, about 181 paintings, is part of the Barnes Foundation in Philadelphia.