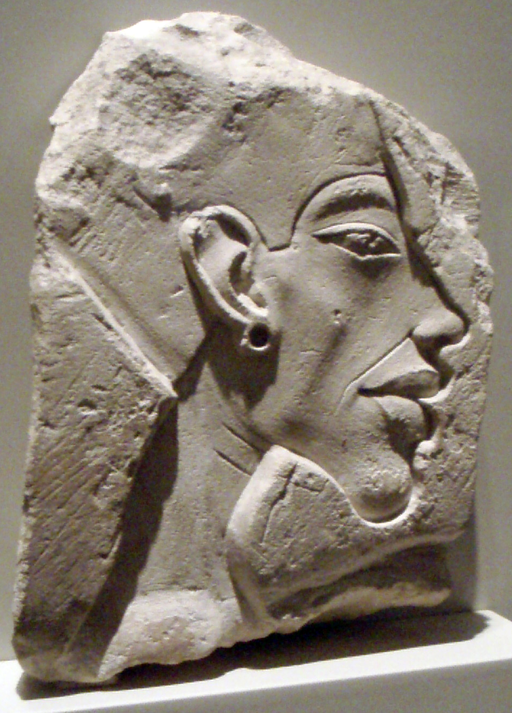 This “Relief Portrait of Akhenaten” depicts Pharaoh Akhenaten, previously known as Amenhotep IV, who was an Ancient Egyptian pharaoh of the 18th Dynasty.

The ‘excessive’ style at the beginning of the Amarna period is evident with this “Relief Portrait of Akhenaten.” The thin face, heavy narrow eyelids, slanting eyes, long, hanging chin, long nose, full lips, as well as the forwardly curved neck.

All of which is characteristic of the early representations of King Akhenaton. The skin folds that run from the side of the nose to the corners of the mouth. Also, the folds on the neck are typical of the Amarna style.

The artist has expertly captured the contrast of soft forms against the sharp contours of the face.

Pharaoh Akhenaten ruled for 17 years and died in 1336 – 1334 BC. He is famous in history for abandoning traditional Egyptian polytheism and introducing an early form of monotheistic worship centered on the Aten.

Early inscriptions liken the Aten to the sun, and later official language avoids calling the Aten a god, giving the solar deity a status above mere gods. 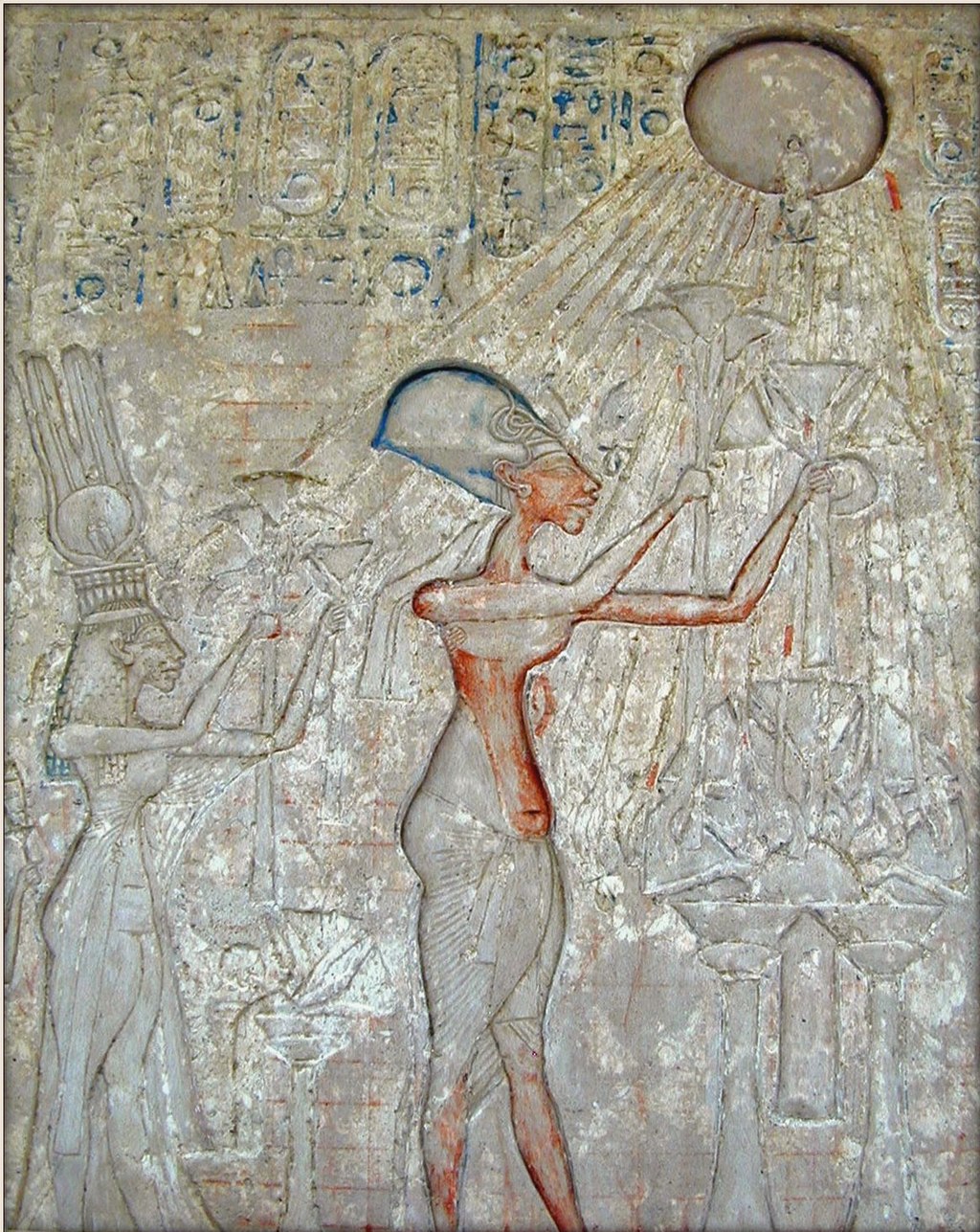 Akhenaten is worshipping the Aten, with rays emanating from the solar disk.

Akhenaten decreed a change from traditional religion to the worship of Aten. However, after his death, the old priest regained control and returned to the old gods.

His monuments were dismantled and hidden, his statues were terminated, and his name was not to be included in the king lists.

After the death of his son, Tutankhamun, new rulers discredited Akhenaten and his immediate successors, referring to Akhenaten himself as “the enemy” or “that criminal” in archival records.

Akhenaten queen, Nefertiti, and his son Tutankhamun are also famous historical figures thanks to the ancient artifacts from the Amarna period.

Another relief portrait of Akhenaten

Some of the Amarna masterpieces that are part of the “Egyptian Museum of Berlin” that can be seen at the Neues Museum or the Altes Museum located at Berlin’s “Museum Island” include:

The Strange Life of Akhenaten

Tour of the Neues Museum

Akhenaten and the Amarna Style

“We should consider every day lost on which we have not danced at least once.”
– Friedrich Nietzsche