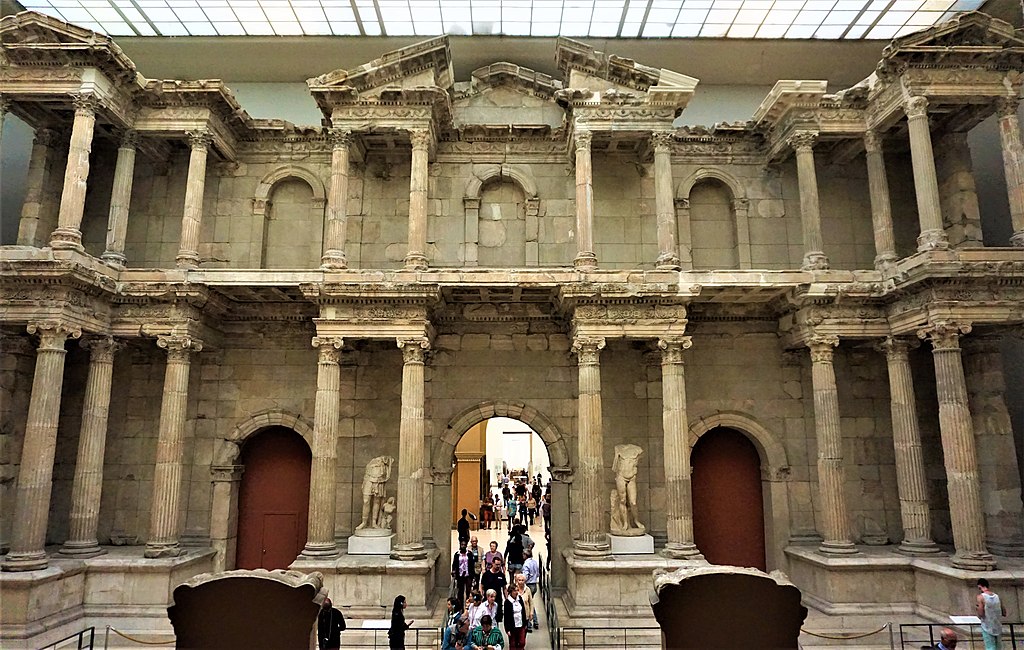 Miletus’ wealth and splendor were reached a high during the Hellenistic era (323–30 BC) and again later during the Roman Empire.

The gate was erected during the reign of Emperor Hadrian in about 120 AD. The Market Gate of Miletus acted as a gateway between two large centers in the town. The Agora outside the walls and the market in the middle of the prosperous trade city.

The two-story gate was later incorporated into the expanded city wall, under Byzantine Emperor Justinian the Great. In an earthquake-prone area, the city of Miletus was destroyed in an earthquake in the 10th or 11th century.

The gate incorporated sculptures such as the emperor in military armor with a barbarian female at his feet. The other significant statue recovered is a nude hero figure holding the horn of plenty. Both of these sculptures were shattered and were reconstructed from fragments.

The Market Gate of Miletus was excavated in the early 1900s from their original site, and the first reconstruction of the gate took place in 1928 – 1929 to become a significant feature at the new Pergamon Museum, which opened in 1930.

Only fragments had survived from the original, and reconstruction involved the introduction of substantial new material to assemble a holistic architectural monument. Today about 60% of original stonework is from Miletus.

The gate was again damaged in World War II and underwent restoration in 1954 and a further series of renovations more recently.

The Market Gate of Miletus – 360 Views