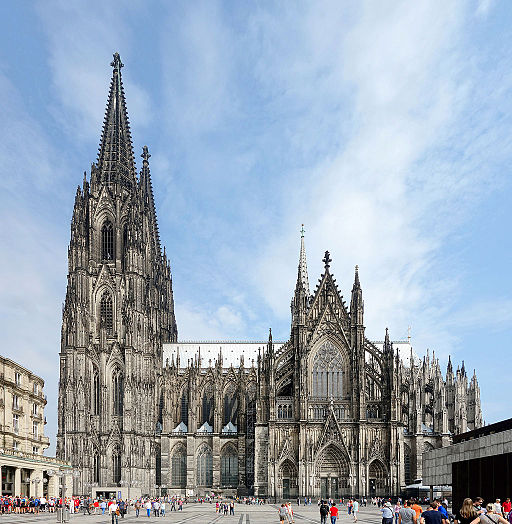 Cologne is the fourth most populous city in Germany after Berlin, Hamburg, and Munich. Centered on the left bank of the Rhine, Cologne is famous for the Cologne Cathedral and the University of Cologne, one of Europe’s oldest and largest universities.

Cologne was founded in the 1st century AD as the Roman Colonia Claudia Ara Agrippinensium, the first word of which is the origin of its name.

“Cologne,” the French version of the city’s name, has become standard in English as well.

Cologne functioned as the capital of the Roman province of Germania Inferior and as the headquarters of the Roman military in the region until occupied by the Franks in 462.

During the Middle Ages, the city flourished as being located on one of the most important major trade routes between east and west in Europe.

Before World War II, the city had undergone several occupations by the French and also by the British (1918–1926). Cologne was also one of the most heavily bombed cities in Germany during World War II.

Map for Museums in Cologne

A New Toyota Museum in Cologne

Things To Do In Cologne, GERMANY – Museums

“I don’t have plans; I only have goals.”
– German Proverb