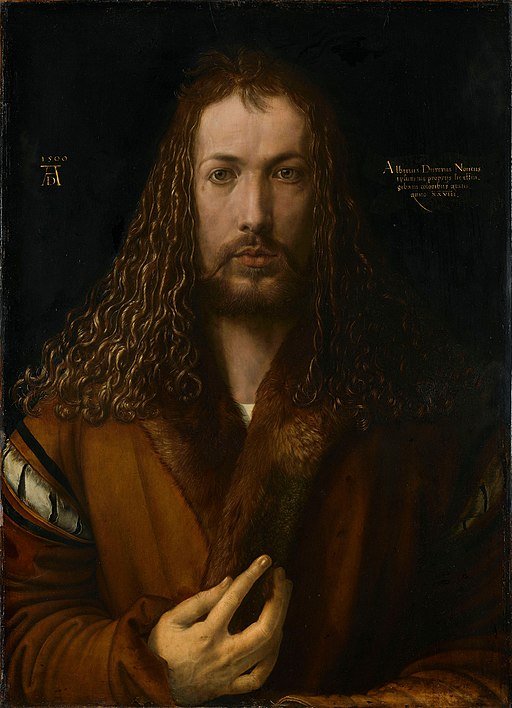 The inscriptions on either side of Dürer are presented floating in space, emphasizing that the portrait has a highly symbolic meaning.

The lightness of touch and tone seen in his earlier two self-portraits has been replaced by a far more introverted and complex representation.

In 1500 a frontal pose was exceptional for a nonreligious portrait. The conventional profile portraits were coming to an end.

They were being replaced with the three-quarter view, which had been the accepted pose since about 1400s, and which Dürer used in his earlier self-portraits.

To viewers in 1500, a frontal pose was associated with images from medieval religious art, and above all images of Christ.

Dürer turned 28 around 1500, at the time of this work. In the medieval view of the stages of life, 28 marked the transition from youth to maturity.

This portrait, therefore, commemorates a turning point in the artist’s life and also in the year 1500, displayed in the left background.

The placing of the year 1500 above his signature initials and monogram, “AD,” gives them an added meaning as an abbreviation of Anno Domini. The terms Anno Domini meaning before Christ were used to number years in the Julian and Gregorian calendars.

The Latin inscription on the right reads:

“I, Albrecht Dürer of Nuremberg, portrayed myself in everlasting colors aged twenty-eight years.” 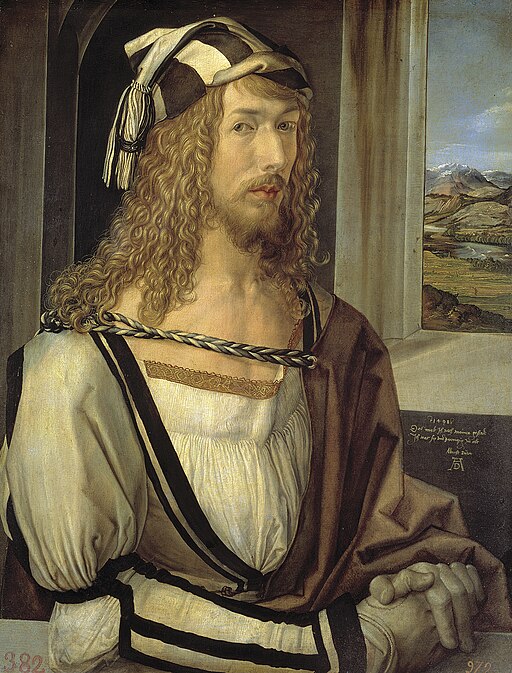