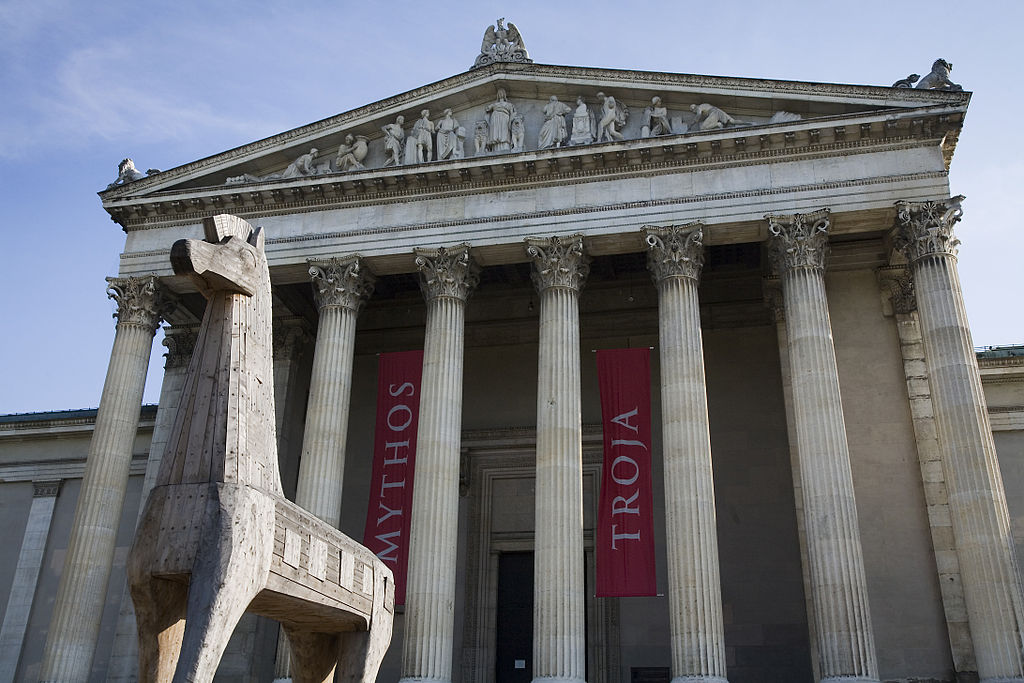 The Staatliche Antikensammlungen, which in English means “State Collections of Antiquities” is a museum with an extensive collection of antiquities from Greece, Etruria, and Rome. The museum is housed in a neo-classical building with Corinthian columns. It was established in 1848 and located across from the sculpture museum, called the Glyptothek. The museum building was severely damaged by bombing in World War II but was reconstructed and reopened to the public in the late 1960s.

The sculpture collection is located in the Glyptothek Museum, and Ancient Egypt also has its museum called Staatliche Sammlung für Ägyptische Kunst.

Highlights of the Staatliche Antikensammlungen

The State Collection of Antiquities includes: