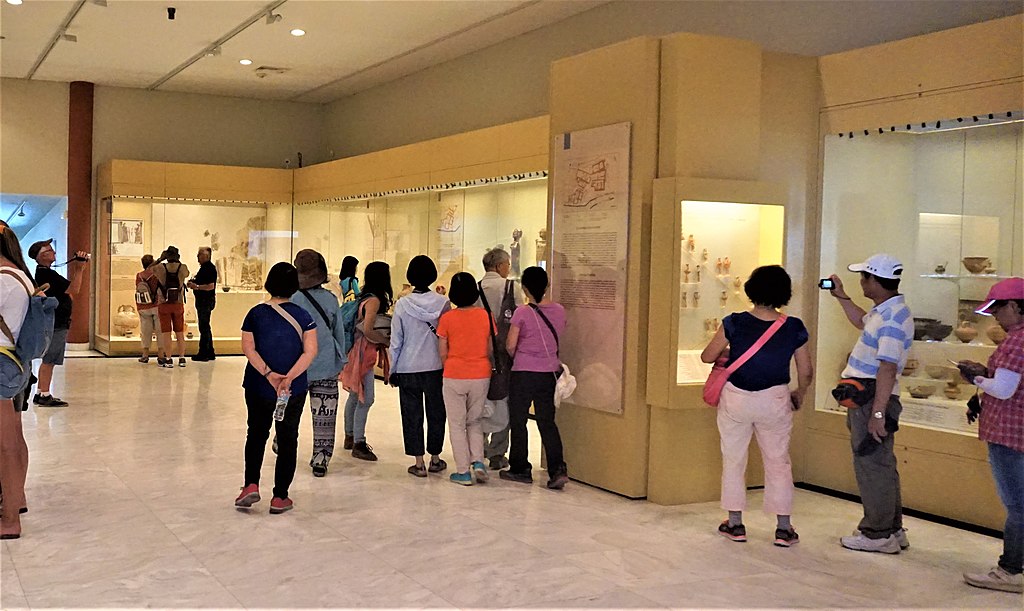 The Archaeological Museum of Mycenae is located at the entrance of the Ancient Mycenae site, just a few steps before the famous Lion Gate. Construction began in 1985, and the museum was finally inaugurated in 2003. The museum’s collection includes findings from excavations all over the ancient site of Mycenae and the wider region. It represents periods from the Copper Period of around 3,000 B.C. up to the Hellenistic time in the 2nd century B.C. The exhibits include ceramic jewelry, wall paintings, tools, and weapons.

The jewelry pieces made of gold include a copy of the Golden Mask of Agamemnon, a grave mask that was found in the Treasury of Atreus. The original mask, a funeral mask made of pure gold, is kept in the National Archaeological Museum in Athens. The museum exhibits include the following areas:

Highlights of the Archaeological Museum of Mycenae

Visiting Information for the Archaeological Museum of Mycenae