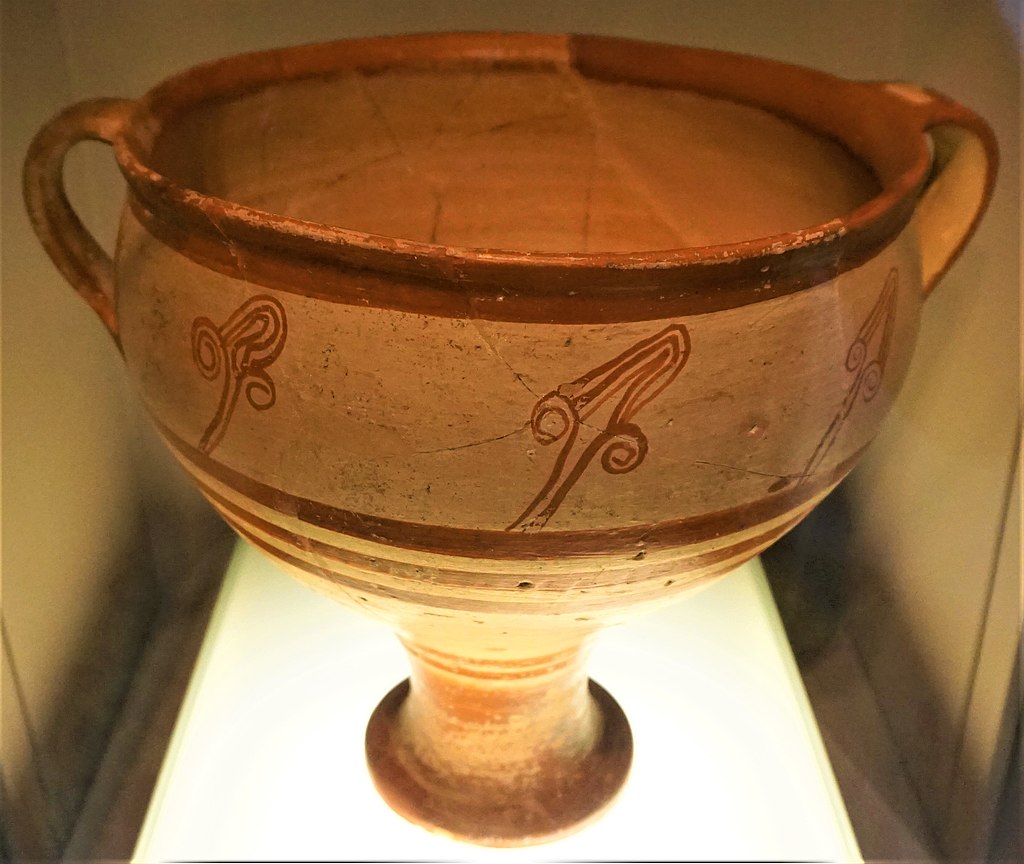 This Mycenaean Krater is a ceramic vase used for watering down wine dated to the 13th-century BCE.

It is an example of Late Helladic ceremonial ware used as a mixing bowl for the dilution of wine with water, a custom which the ancient Greeks believed to be a sign of civilized behavior.

This Mycenaean Krater is decorated with representational floral motifs.

Drinking undiluted wine was considered inappropriate in ancient Greece, and drinkers of undiluted wine characterize the drinker as a drunkard and someone who lacked restraint and character.

Ancient writers prescribed that a mixing ratio of 1:3 wine to water was ideal for a long conversation. A ratio of 1:2 was used for entertaining celebrations.

A ratio of 1:1 was only suited for occasions of uninhibited behavior and to be rarely indulged. This practice of the ancient Greeks indicates that ancient wines were produced to a high alcoholic degree by using dehydrated grapes.

Such wines would have been able to withstand the effects of aging and the vagaries of transportation better than modern wines, which have a lower alcoholic percentage.

Mycenaean Greece was the last phase of the Bronze Age in Greece, spanning about 1600–1100 BC.

It represented the first advanced civilization in mainland Greece, with its palatial states.

Mycenaean Greece perished with the collapse of Bronze Age culture in the eastern Mediterranean, followed by the Greek Dark Ages, a transitional period leading to Archaic Greece.

The Mycenaean period became the historical setting of much ancient Greek literature and mythology, including the Trojan Epic Cycle.

A brief history of alcohol

A Tour of Museums in Athens