The Museum of the Ancient Agora is housed in the Stoa of Attalos located in the ancient Greek Agora.

The Stoa of Attalos was a stoa built by King Attalos II of Pergamon, who ruled between 159 BC and 138 BC. The current building was reconstructed in 1952–1956.

The museum’s collection includes clay, bronze and glass objects, sculptures, coins, and inscriptions from the 7th to the 5th century BC, as well as pottery of the Byzantine period and the Turkish occupation.

The museum also hosts exhibits connected with the Athenian democracy.

Highlights of the Museum of the Ancient Agora

Cult Statue from the Temple of Apollo Patroos

This Cult Statue was found near the Temple of Apollo Patroos and was made by the famous Greek sculptor Euphranor.

The Temple of Apollo Patroos, meaning “from the fathers,” was a small temple of Ionic order built in 340-320 BCE.

It was located north-west of the Ancient Agora of Athens, near the Stoa of Zeus. Apollo was considered to be the founder of the Ionian race and protector of families.

Euphranor of Corinth (middle of the 4th century BC) was a Greek artist who excelled both as a sculptor and as a painter.

Pliny the Elder provides a list of his works, and his art was based on heroic subjects, and he wrote a treatise on proportions.

Cult Statue from the Temple of Apollo Patroos

This Ionic Column Capital dates from the 5th Century BC and has traces of painted decoration. It was found at the Ancient Greek Agora.

The Ionic Capital and Column are one of the three classical orders of classical architecture, the other two orders being the Doric and the Corinthian.

The Ionic capital is characterized by the use of volutes – the spiral, the scroll-like ornament that forms the basis of the Ionic order.

The Ionic columns usually stand on a base which separates the shaft of the column from the platform.

The Ionic order originated in the mid-6th century BC in Ionia, the southwestern coastland and islands of Asia Minor settled by Ionian Greeks.

The Ionic order column became common in mainland Greece by the 5th century BC.

Pyxis with a Lid of Three Horses 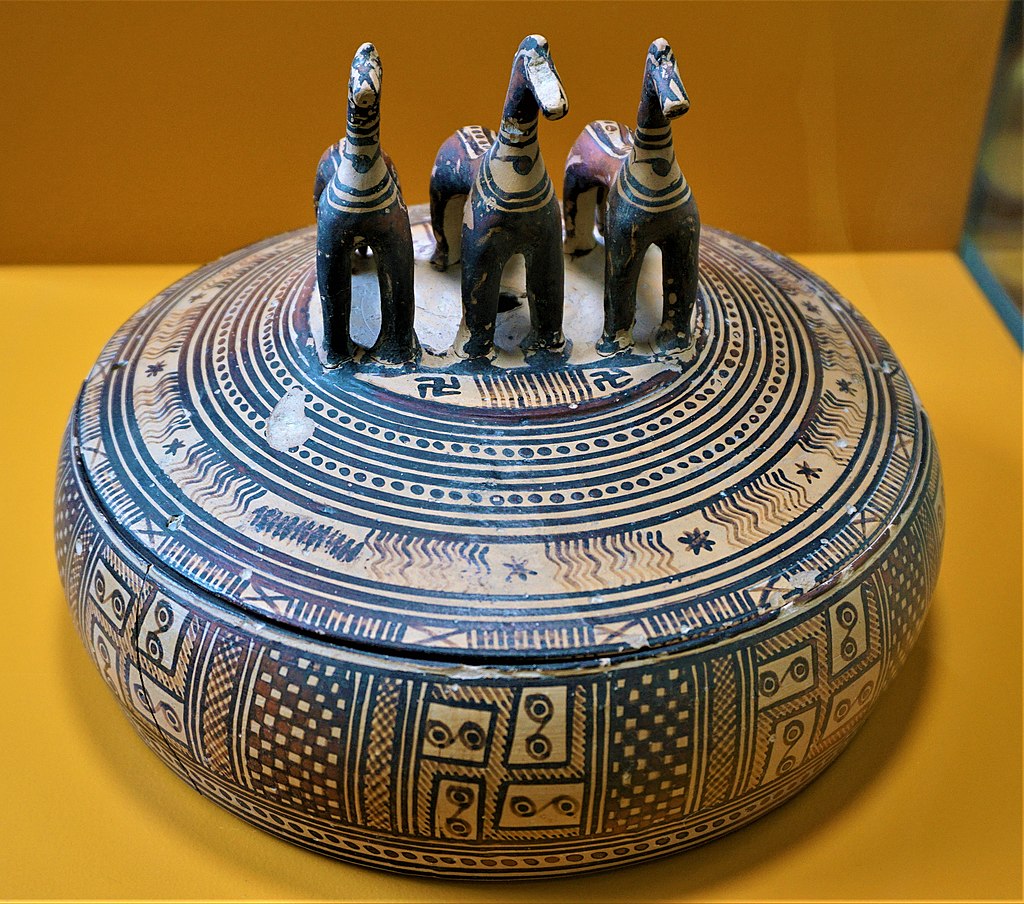 This pyxis and lid, with a handle in the form of three horses, is from the late Late Geometric Period. A Pyxis is a cylindrically shaped vessel from the classical world with a separate lid.

The shape of the vessel can be traced in pottery back to the Protogeometric period in Athens, and in time the form of the pyxis grew larger and squatter in proportions. Also, the covers began to depict more elaborately sculpted handles.

The Geometric Art displayed on this Pyxis flourished in the 9th and 8th centuries BC, and this art form center was in Athens from there the style spread among the trading cities of the Aegean.

Motifs of meanders, triangles characterized it, and other geometrical decorations depicted in dark glossy color. This vessel is covered by strict zones of meanders, crooked lines, circles, swastikas, in the same graphical concept.

A meander is a decorative border constructed from a continuous line, shaped into a repeated motif, and such a design is also called the Greek Lines or Key. Meanders are common decorative elements in Greek art.

They appear in many architectural friezes, and in bands on the pottery of ancient Greece from the Geometric Period onwards

. They were among the most important symbols in ancient Greece and symbolized infinity and unity, and many ancient Greek temples incorporated the sign of the meander.

Pyxis with a Lid of Three Horses 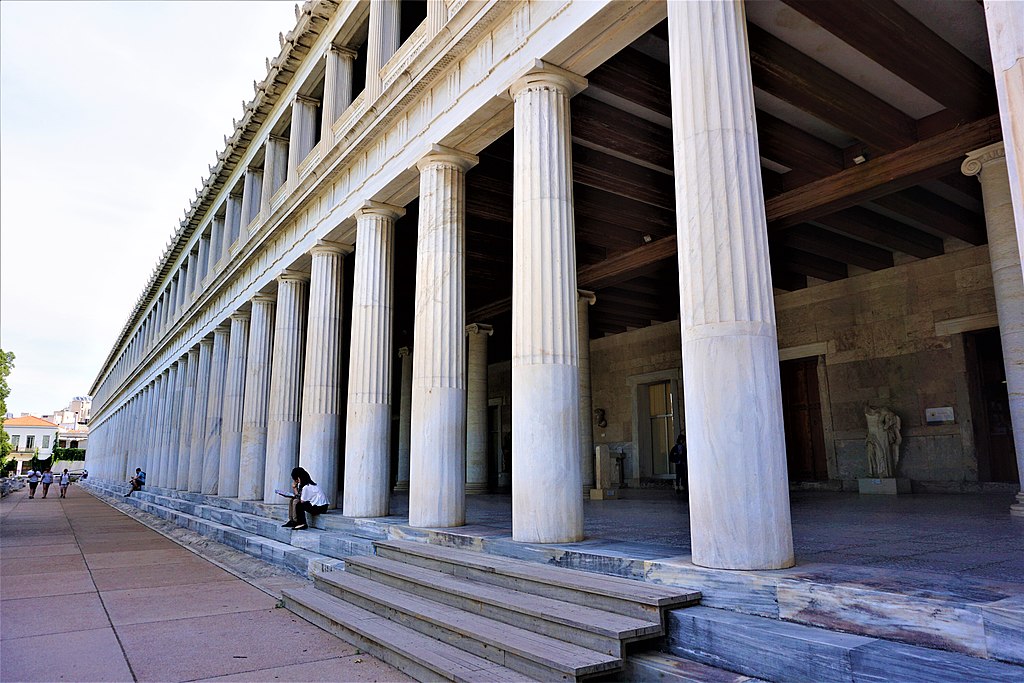 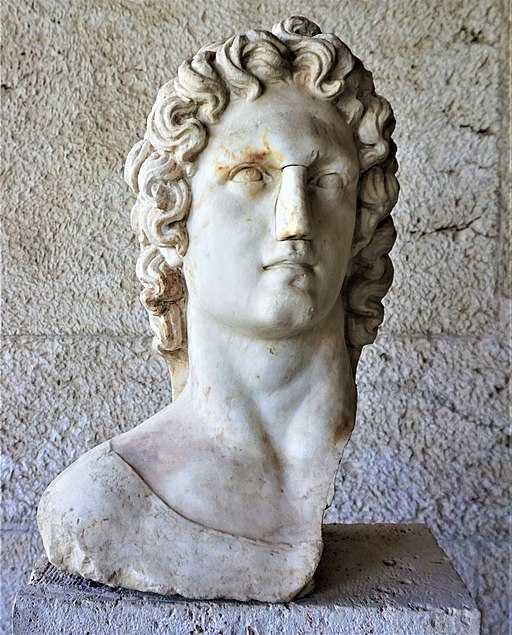 Museum of the Ancient Agora