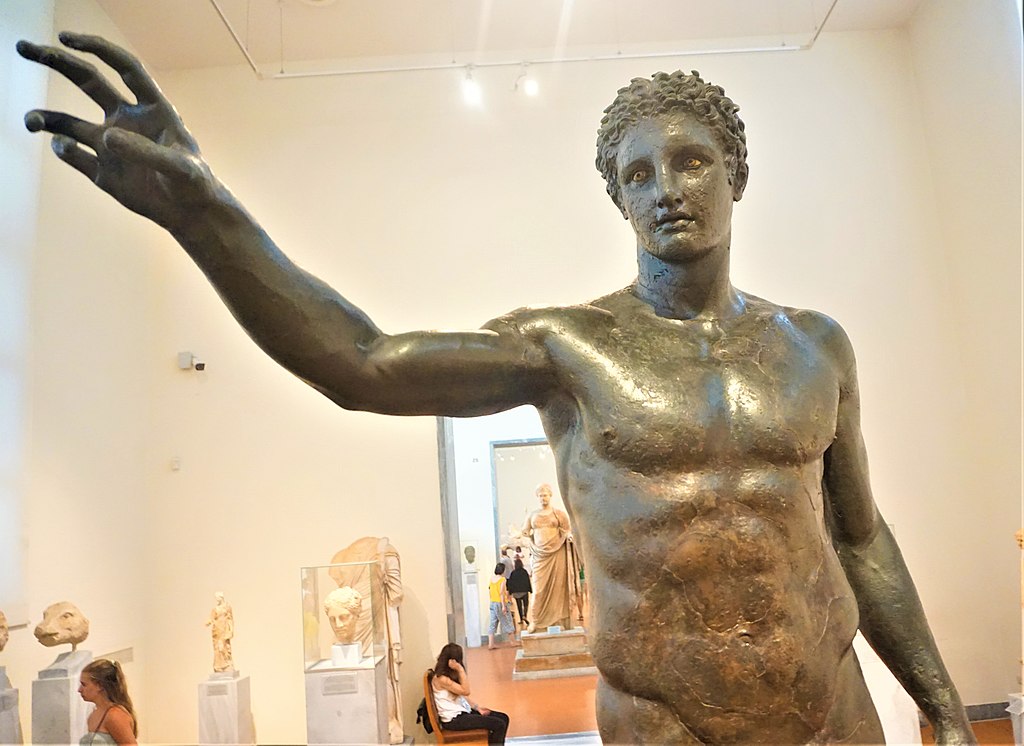 The Antikythera Youth is a 330 BC bronze statue of a young man discovered in 1900 by sponge-divers in the area of the ancient Antikythera shipwreck off the island of Antikythera, Greece.

It was the first of the series of Greek bronze sculptures discovered in the Aegean, which fundamentally altered the view of Ancient Greek sculpture. The statue was retrieved as multiple fragments and had to be restored in stages.

The Antikythera Youth held a spherical object in his right hand, and thus it is suggested that the statue represented Paris presenting the Apple of Discord to Aphrodite.

Other scholars have proposed a youthful Heracles with the Apple of the Hesperides or Perseus holding the head of the slain Gorgon or the God Apollo or an athlete holding some prize.

The statue could even be the funerary statue of a young man. The reality is that we are do not know wh the youth represents.

The shipwreck site, which is dated about 70–60 BC, also yielded the Antikythera Mechanism, an astronomical calculating device, and a hoard of coins.

The coins included many Pergamene and Ephesian coins, leading scholars to surmise that it had begun its journey on the Ionian coast, perhaps at Ephesus. T

he statue is also called the “Antikythera Ephebe” because, in Ancient Greek sculpture, an ephebe is a sculptural type depicting a nude ephebo, which is the Greek term for a male adolescent in Antiquity.