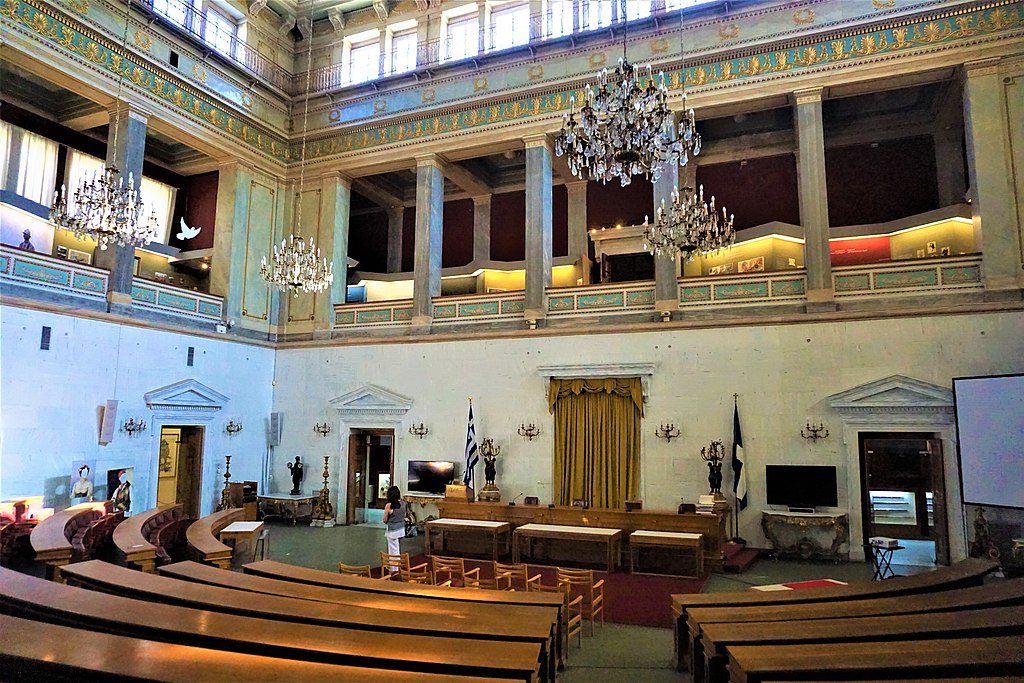 Old Parliament House, Athens housed the Greek Parliament between 1875 and 1935. It now houses the country’s National Historical Museum. The site was occupied formerly by the house of an Athenian magnate and politician, and after Athens became the capital of Greece in 1833, King Otto selected it as the temporary residence. King Otto constructed a new Royal Palace, which now houses Parliament currently.

Construction of a new building then began in 1858 and complete by 1871. The Hellenic Parliament would remain in the building from 1875 until its move to its current location in the Old Palace in 1935. As such, it witnessed some of the most turbulent and important events in modern Greek history, including the assassination of the Prime Minister on the Parliament steps in 1905, and the declaration of the Republic in 1924. In 1961 the building underwent extensive restoration and became the National History Museum.