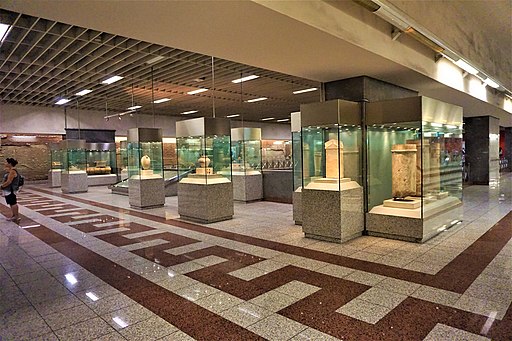 The Syntagma Metro Station Archeological Collection is a museum in Athens, Greece. It is free and is located at the Syntagma station of the Athens Metro.  The collection features a variety of historical items unearthed during the process of building the underground metro train system.

A Tour of the Syntagma Metro Station Archaeological Collection 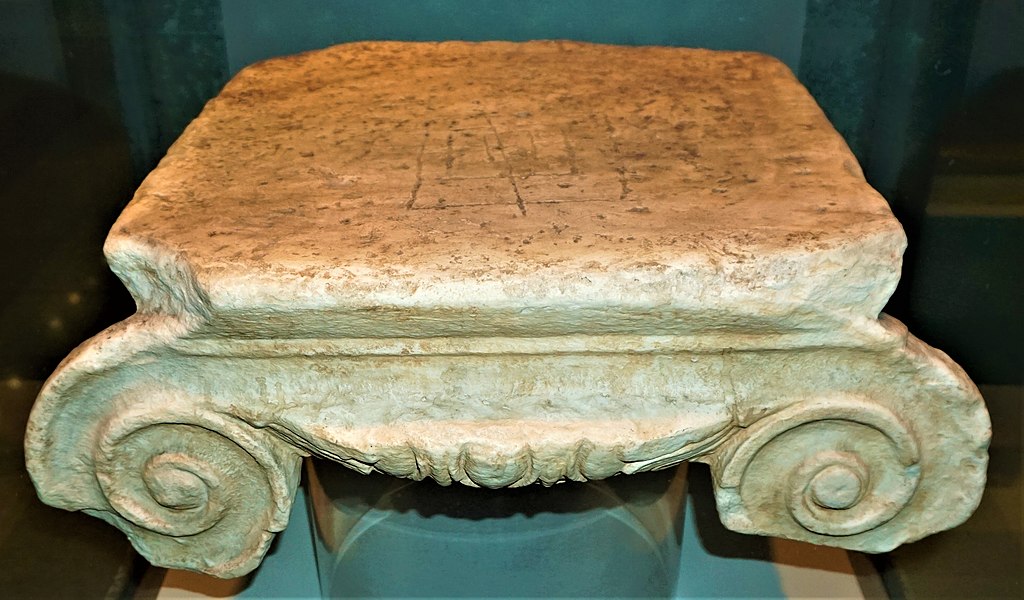 This Ionic Column Capital dates from the 4th Century BC when it probably graced an Athenian temple. At a much later date, after the temple had been destroyed, the Capital was used as a strategy game table. On the top of the marble was carved the inscription of the gameboard pattern. 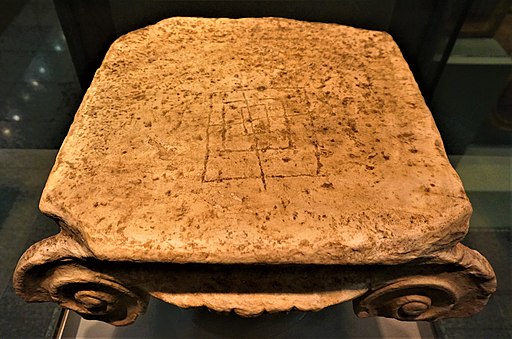 The Ionic Capital and Column are one of the three classical orders of classical architecture, the other two orders being the Doric and the Corinthian. The Ionic capital is characterized by the use of volutes – the spiral, the scroll-like ornament that forms the basis of the Ionic order.

The Ionic columns usually stand on a base which separates the shaft of the column from the platform. The Ionic order originated in the mid-6th century BC in Ionia, the southwestern coastland and islands of Asia Minor settled by Ionian Greeks. The Ionic order Capital and Column became common in mainland Greece by the 5th century BC.

The carved pattern looks very much like the strategy game with the modern name of “Nine Men’s Morris, a strategy board game for two players dating at least to the Roman Empire. Nine men’s morris is a solved game in which either player can force the game into a draw. Its name derives from the Latin word merellus or ‘game piece.’

Pithos with Lid 3rd Century BC

Pithos with Lid 3rd Century BC

This pithos with lid, from the 3rd century BC, is a large storage container. The term Pithos is applied to such containers used among the civilizations that bordered the Mediterranean Sea. Pithoi had been used for the storage of fluids and grains and are comparable in use to the drums, barrels, and casks of recent times.

Pithoi were manufactured and exported or imported over the entire Mediterranean. They were used for storing or shipping of wine, olive oil, or various types of vegetable products. The term has been adopted into the English language as a general word for a storage jar from any culture. This naming practice of pre-classical pottery types with classical types has long been a challenge for archaeology. 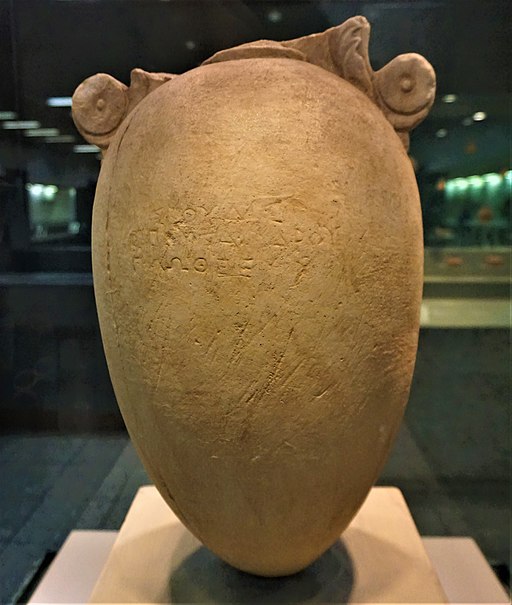 This marble loutrophoros from the 4th Century BC marked an Ancient Greek grave. The solid stone loutrophoros is a motif for Greek tombstones, either as a relief or as a stone vessel. There were many in the ancient funeral area of Athens, some of which are now preserved in various museums of Athens. This loutrophoros with an inscription has survived for over 2,000 years.

A loutrophoros which in English translation means “bathwater” and “carry” started is evolution as a distinctive type of Greek pottery vessel characterized by an elongated neck with two handles. The loutrophoros was used to carry water for a bride’s prenuptial ritual bath, and in funeral rituals, and was placed in the tombs of the unmarried. In its long history, it evolved from a pottery vessel to a tombstone motif in the ancient Greek culture. 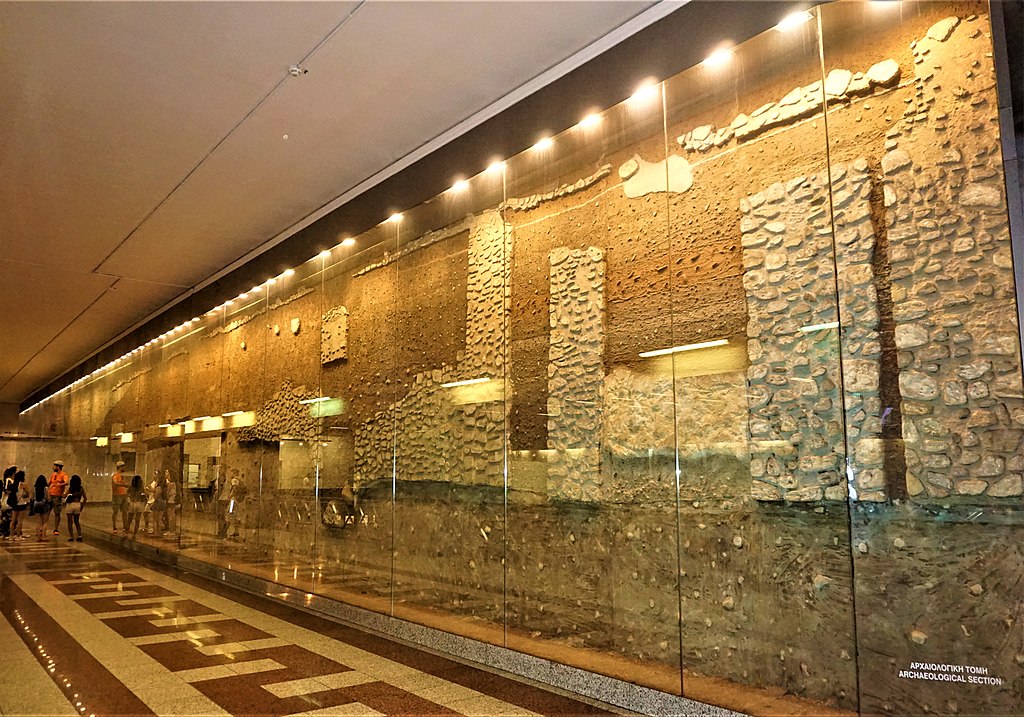 This Archaeological Section is a view of the archaeological sequence showing it in the vertical plane, as a cross-section. This exhibit illustrates the profile and stratigraphy of what was discovered in the excavations for the Syntagma Metro Station. This archaeological approach makes it easier to view and interpret what developed at this location over time.

Key highlights in this Archaeological Section include: 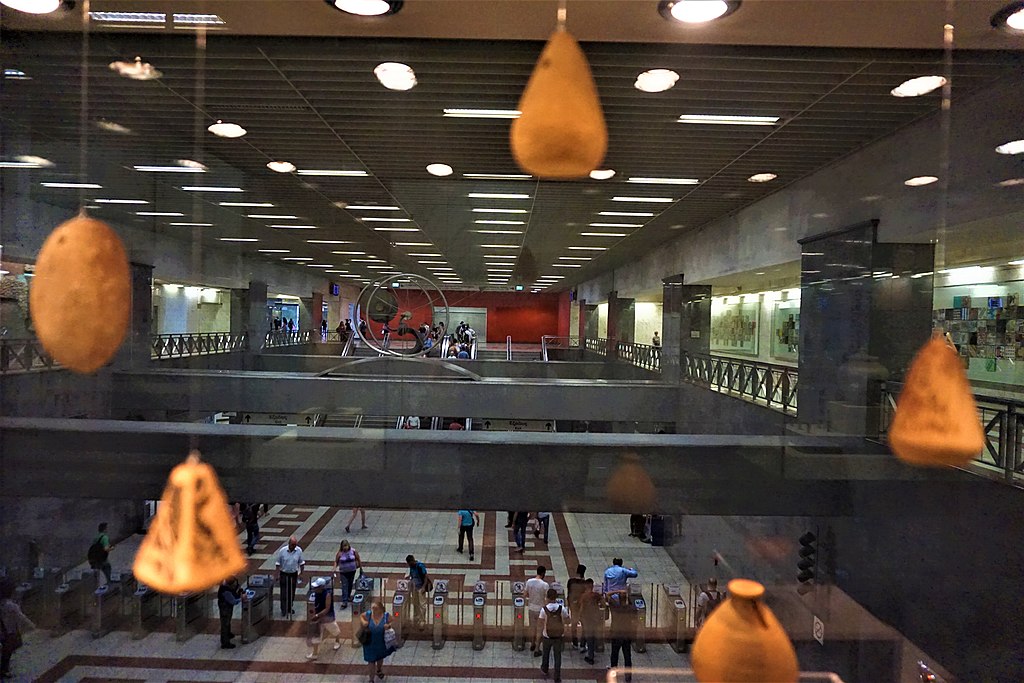 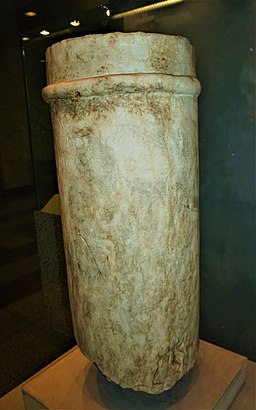 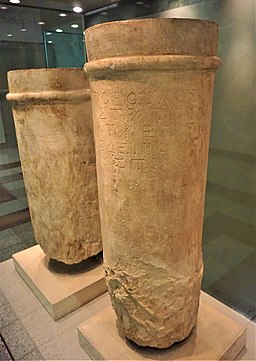 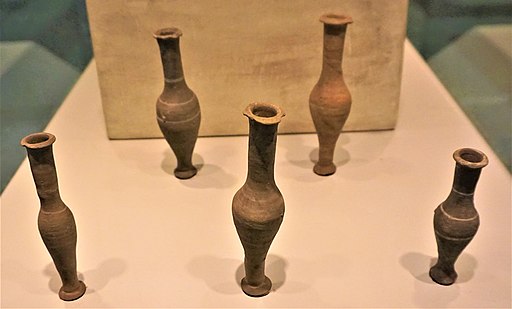 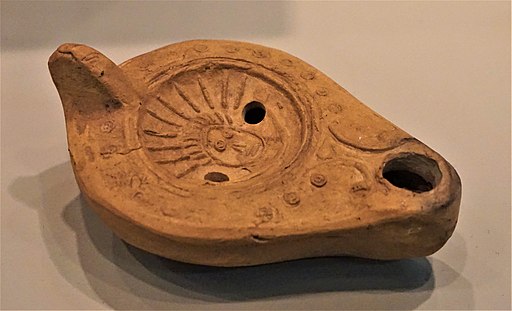 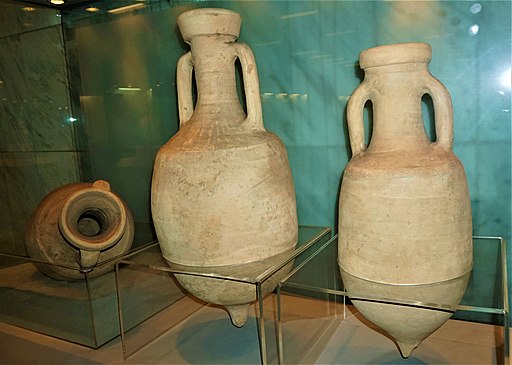 Terracotta Pipes of the Pisistradid Aqueduct, 1st – 5th Century BC 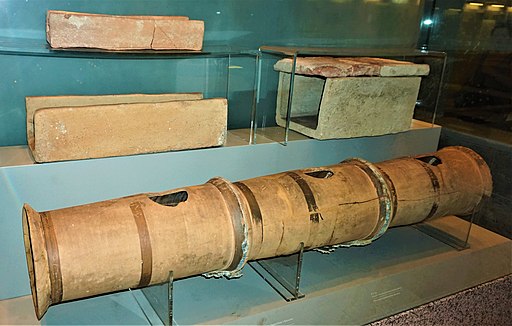 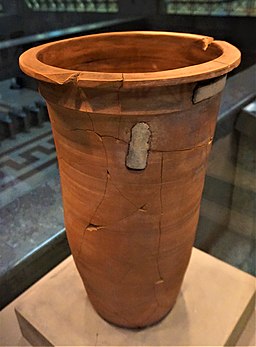