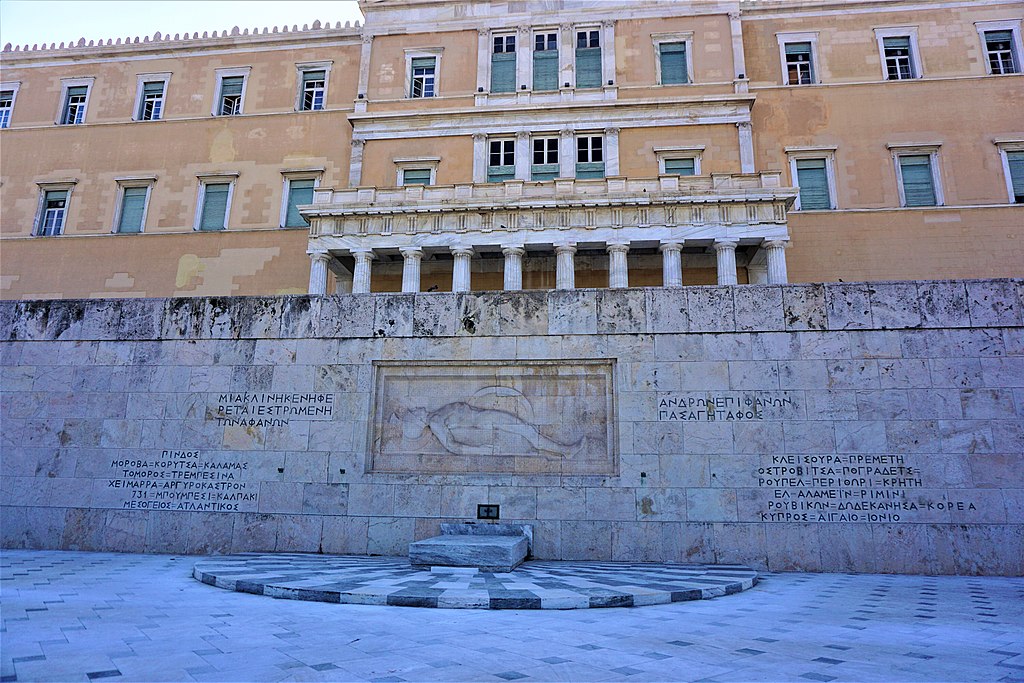 The Tomb of the Unknown Soldier is a war memorial located in Syntagma Square in Athens. It is a cenotaph dedicated to the Greek soldiers killed during war. It was sculpted between 1930-32, and the tomb is guarded by the Evzones of the Presidential Guard.

The Tomb is in the 1930’s spirit of Art Deco and with symbolic references to Ancient Greece. The Tomb is a large-scale retaining wall of limestone with the sculpture is at the centre of the wall. To the left and to the right there are two side staircases while in the centre there is a rectangular raised grave. The sculpture represents the naked male figure of a dead warrior lying on the ground. He holds a circular shield in his left hand, his right hand rest on the ground next to his spear and wears an Ancient Greek-style helmet.

To the left and right of the sculpture are phrases from the works of Thucydides. To the left, “There’s one empty bier made up for the unidentified fallen ones” and to the right, “The whole earth is the sepulchre of famous men”. Both are quotes from History of the Peloponnesian War. The names of battles locations where Greek lives were lost in recent military history are written into the limestone walls around the sculpture.

“Time is the wisest counsellor of all.”
– Pericles