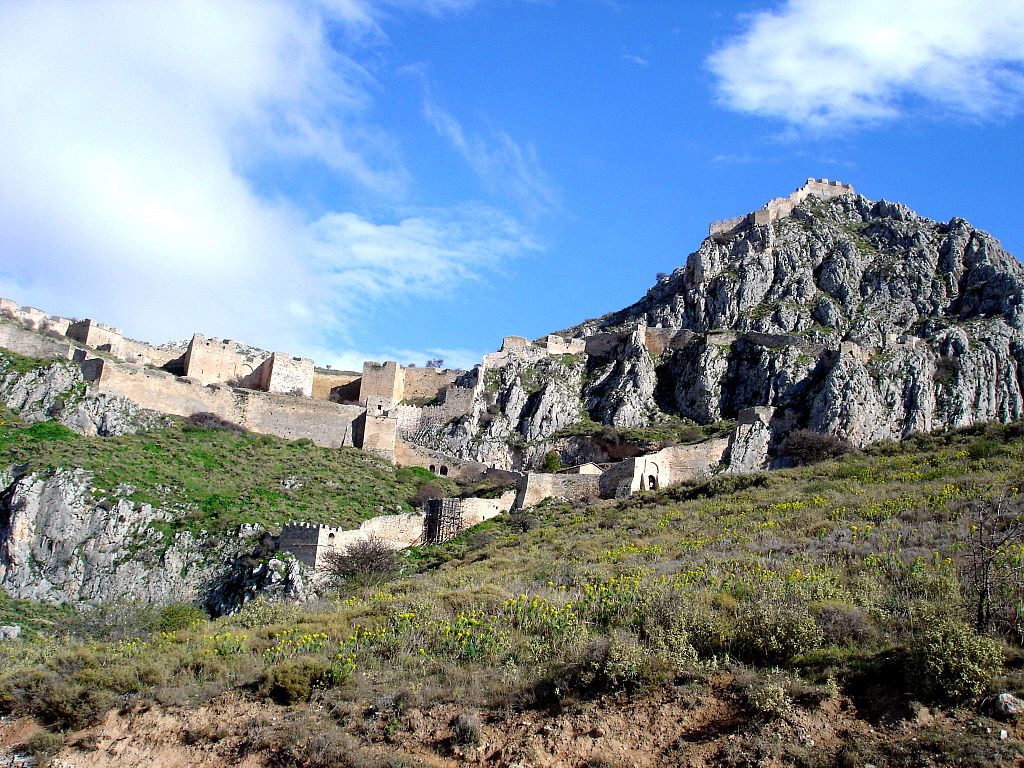 Acrocorinth – The Acropolis of Ancient Corinth

Acrocorinth is the acropolis of ancient Corinth, which is a monolithic rock outcrop overlooking the ancient city of Corinth, Greece. This Acrocorinth had been continuously occupied from archaic times to the early 19th century. The Acrocorinth during the Hellenistic period was one of the critical garrisons used by the Macedonians to secure their control of the Greek city-states.

Corinth’s acropolis was an ideal defensible position due to its geography. It was further fortified during the Byzantine Empire as it became the seat of the General of Hellas and later of the Peloponnese. It was used in the defense against the Crusaders for three years. However, it eventually became a fortress of the Frankish Knights, and later the Venetians and the Ottoman Turks.

The Acrocorinth’s fortress was used as the last line of defense with its commanding views of the Isthmus of Corinth. It was able to repel aggressors from entry into the Peloponnese peninsula. Three separate walls formed the human-made defense structures of the acropolis. 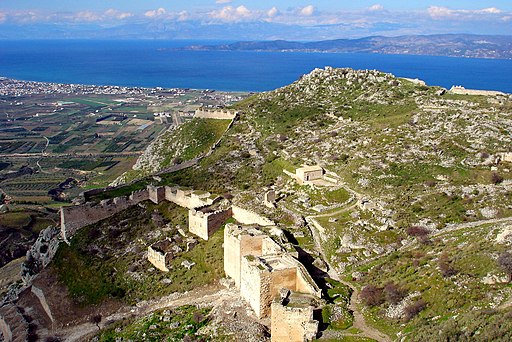 Acrocorinth, with views of the Gulf of Corinth

In ancient times, the highest peak on the site was home to a temple to Aphrodite, which was later converted to a church and then became a mosque. Today the Acrocorinth is one of the most impressive medieval castle sites in Greece.

Temple of Aphrodite at Acrocorinth

The goddess Aphrodite was the protector deity of the city of Corinth and Aphrodite temple of Acrocorinth constructed in the 5th-century BC. It was a small structure of 10 by 16 meters and housed the famous statue of Armed Aphrodite.

Temple of Aphrodite at Acrocorinth is above all famous for the temple prostitution of courtesans. They were dedicated to the service of the temple and contributed to the attraction of visitors to the city of Corinth.

The apostle Paul was believed to have referred to the temple prostitution. However, this may have been Christian propaganda. The remains of the temple were later used as a part of a church in the 5th-century.

A Tour of Corinth