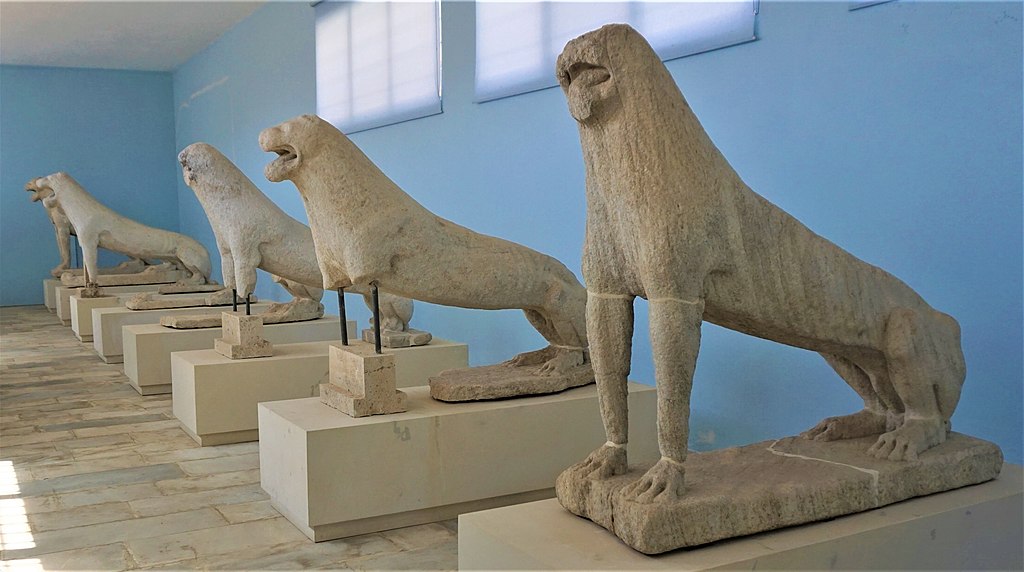 It originally had nine to twelve squatting, snarling marble guardian lions along the Sacred Way. The lions create a grand monumental avenue similar to Egyptian avenues of sphinxes.

The island of Delos, near Mykonos, is one of the most important mythological, historical, and archaeological sites in Greece. Delos was an ancient holy sanctuary, and Greek mythology made it the birthplace of Apollo and Artemis.

The Lions, which had their mouths wide open as if roaring, were initially facing east towards the Sacred Lake of Delos where it was believed Apollo had been born.

The lions symbolically guarded the site and inspired pilgrims on their way to Apollo’s shrine. At the original site, today are five marble replicas lion statues. The original sculptures are preserved and protected in the museum after 2,500 years of exposure to the elements.

The lions were excavated and rediscovered between 1886 and 1906 and were secured in their original position.

Only in 1999 were the lions moved indoors into a museum after the wind and seawater continued to damage the sculptures.

DELOS – Terrace of the Lions