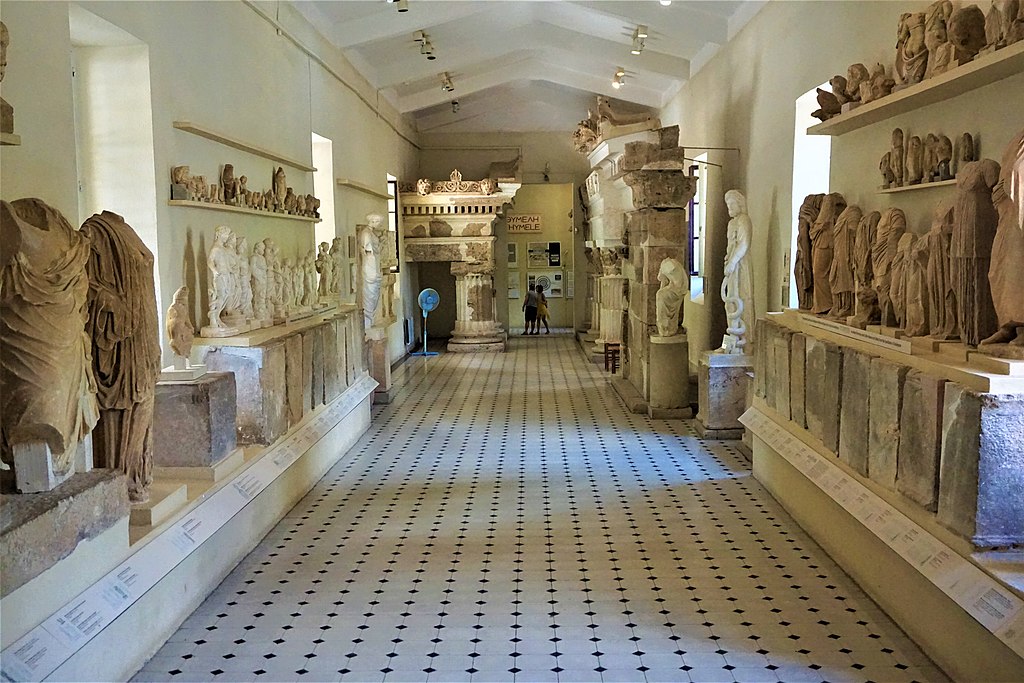 Greek and Roman Sculptures of Epidaurus

The Archaeological Museum of Epidaurus was established to display artifacts unearthed in the ancient site of Epidaurus.

The museum has a collection of Greek and Roman sculptures found at the Asklepieion Sanctuary, which provides insight into the practice at the sanctuary of Asklepios.

Below are some of the statues on display at the Archaeological Museum of Epidaurus.

Statue of a Toga-clad Roman Dignitary

This headless marble state if a Toga-clad Roman dignitary, created around the time of the early Claudian era of 40 -50 AD. It was found near the Tholos in 1882.

The Tholos was a round structure, built upon a podium, with a ring of columns supporting a domed roof with a cella inside the circular colonnade. The external Doric colonnade of the Tholos which is dated to 360–330 B.C

Statue of a Woman wearing a Chiton and a Himation

This statue of a woman wearing a chiton and himation from the 1st century AD was found in 1882 near the Tholos of Epidaurus. A chiton was a form of clothing popular in ancient Greece.

The chiton is a single rectangle of woolen or linen fabric. It can be worn plain for men or with an overfold called an Apoptygma, which is more common to women.

A himation was a type of clothing, a mantle, or wrap worn by ancient Greek men and women. It was usually worn over a chiton or peplos, but was made of heavier drape and played the role of a cloak or shawl.

The himation was often a large rectangular piece of woolen cloth. Many vase paintings depict women wearing a himation as a veil covering their faces. 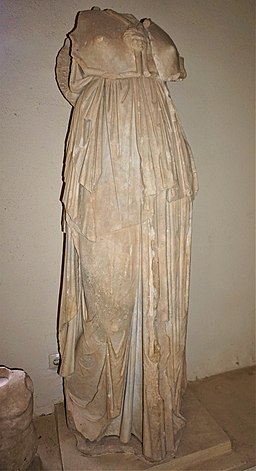 This Statue of Athena from the first half of the 1st century BC, shows her wearing a belted peplos and Aegis decorated with gorgonian.

The Aegis is the symbol on most statues of Athena, it is usually an animal skin or a shield, bearing the head of a Gorgon.

The Aegis appears in works of art sometimes as an animal’s skin thrown over Athena’s shoulders and arms, occasionally with a border of snakes, usually also bearing the Gorgon head.

It is sometimes also represented on the statues of Roman emperors and heroes.

Greek and Roman Sculptures of Epidaurus

“Oh, it is easy for the one who stands outside the prison-wall of pain to exhort and teach the one who suffers.”
– Aeschylus, Prometheus Bound