Milos, like many of the Aegean Islands, was influenced and invaded by the successive wave of civilizations. The dominant powers that swept the Cycladic Islands included Minoan, Mycenaean, Dorian, Athenian, Spartan, Macedonian, Roman, Byzantium, Crusader, Venetian, Ottoman, Russian and then eventually part of the modern Greek state. Some of Milos Historic sites include:

The Catacombs of the ancient city of Milos were next to the ancient Agora and 200 m to the east of the ancient theater. They are near the modern town of Trypiti. A name derived from a word which means “made with holes,” which highlights that the surrounding area is full of caves cut into the porous volcanic rock. In ancient times, these human-made caves were used as family burial chambers. The underground galleries are ranging from 1 to 5 meters in width and from 1.6 to 2.5 meters in height. The tombs were cut into the chamber walls and into the ground, which were covered with stones. 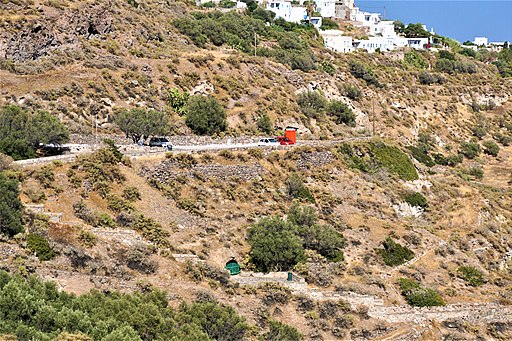 These catacombs were built towards the end of the 1st century and were re-discovered in 1844. They were used as Christian cemeteries during Roman times. Three vast catacombs are interconnected, and Archaeologists estimate that thousands of early Christians were buried here. The catacombs were used for Christian worship and as an early church at the time when Romans were persecuting Christians.

Ancient Christian Catacombs have been discovered in Rome, Naples, and the Holy Land. However, the Catacombs of Milos may be older than Rome’s. Milos may have had a very early Christian movement that predating today’s church traditions.

The Aphrodite of Milos was discovered in 1820 by a Greek peasant workman, inside a buried niche within the center of the ancient Greek city ruins of Milos. The marble fragments were found on terraced land that had once formed part of the gymnasium inside a cavity in the volcanic tuff. The statue was found in two large pieces, the upper torso, and the lower draped legs,  together with several herms, fragments of the arm and hand holding an apple, along with an inscribed plinth. 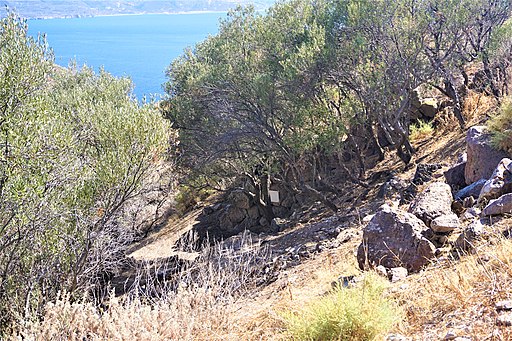 At the time, Milos was under Ottoman rule, a  visiting French naval officer who was exploring the island and learned about the statue fragments. As the French officers from the ship recognized its significance, they arranged for it to be sent to France. Today the statue is one of the treasures of the  Louvre where it was called the “Venus de Milo” after the island where it was discovered. Unfortunately, under mysterious circumstances, the inscribed plinth and other fragments were misplaced and lost, so we can only speculate on who the identity of the sculpture and its date.

“I felt once more how simple and frugal a thing is happiness:
a glass of wine, a roast chestnut, a wretched little breeze, the sound of the sea.
Nothing else.”
– Nikos Kazantzakis