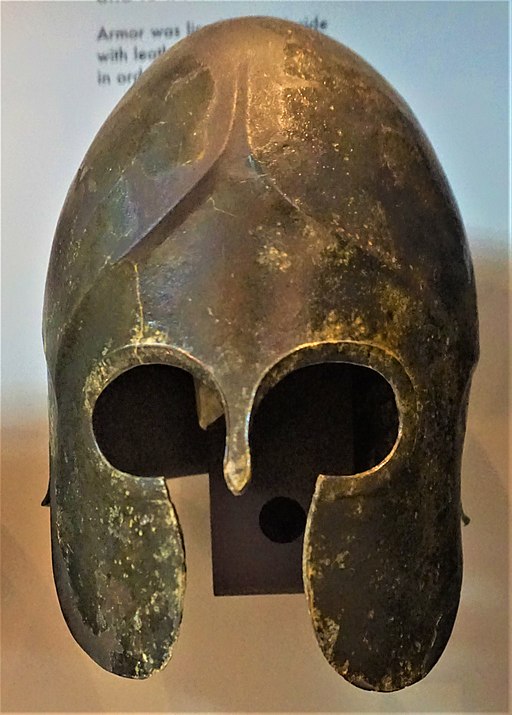 This Macedonian Army Helmet was designed to protect as well as fit comfortably with the aid of leather, cloth and sponge. The Macedonian Army was renowned for its training excellence, its discipline and its loyalty to their King. In the 4th century BC, King Philip II established the Macedonian Phalanx. This phalanx moved in wedge-shaped formations similar to a spearhead and formed a wall of long spears. Javelin throwers, archers and slingers supported the Macedonian Phalanx’s attack. The discipline and organisation of the Macedonian army were decisive in conquering the rest of the Greek city-states and later creating Alexander the Great’s vast empire.

Ancient Macedonia employed a range of tactics in their military campaigns, the most notable of these is the Macedonian phalanx. Developed by Philip II and used extensively on campaigns by his son Alexander the Great.  The Macedonian phalanx, which was derived from the older Hellenic hoplite phalanx, was considered superior in many ways. Phillip regularised the armies, introduced divisions and regiments and revolutionised the weaponry and tactics used by the soldiers of his state.

The basic unit of the Macedonian Phalanx was called a Syntagma, consisting of 256 men.  The Syntagma were grouped into 32 regiments collectively known as a Keras (wing). Two Keras formed a full army, or a phalanx, which was commanded by a Strategos (general).