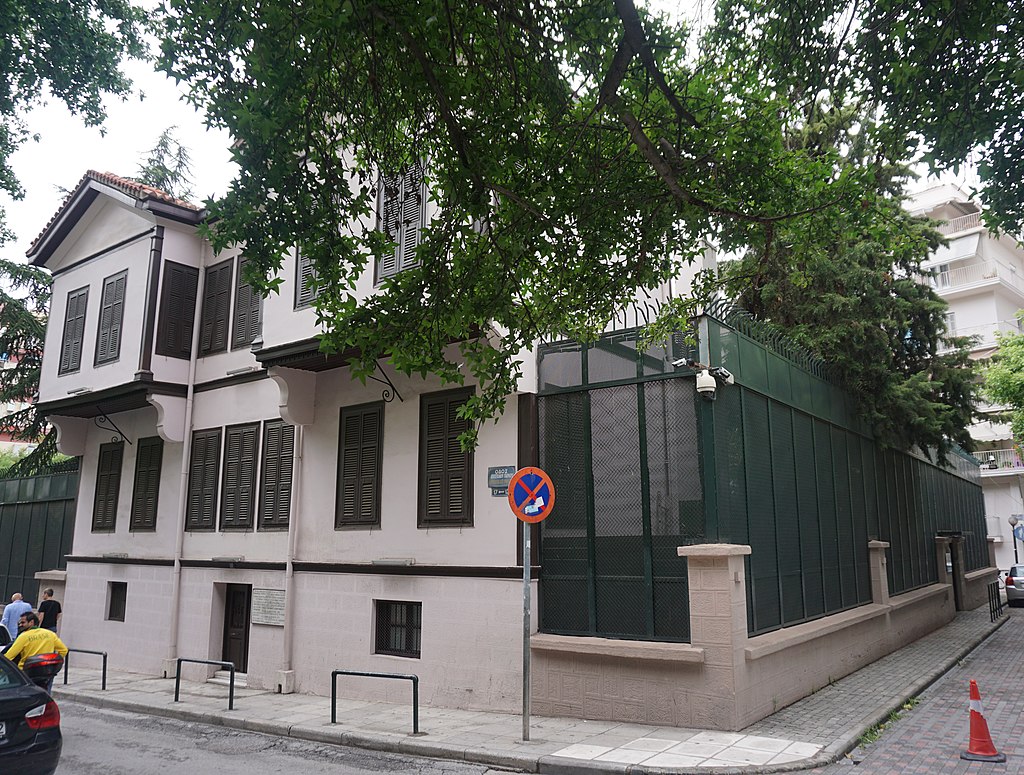 The Atatürk Museum is the house museum where the founder of modern Turkey, Mustafa Kemal Atatürk was born in 1881. Before the capture of Thessaloniki by the Greek Army in 1912, this part of modern Greece was part of the Ottoman Empire. It is a three-floor house with a courtyard built before 1870, and in 1935 the Thessaloniki City Council gave it to the Turkish State, which decided to convert it into a museum dedicated to Mustafa Kemal Atatürk. In 1981 a replica of the house was built in Ankara.

The building is painted to its original pink, and most of the furniture is authentic. Some missing items were replaced with furniture from Kemal’s mausoleum and the Topkapi Palace in Istanbul. A pomegranate tree planted by Kemal’s father still grows in the courtyard.

Exhibits of the Atatürk Museum (Thessaloniki)

“A nation devoid of art and artists cannot have a full existence.“
– Mustafa Kemal Atatürk