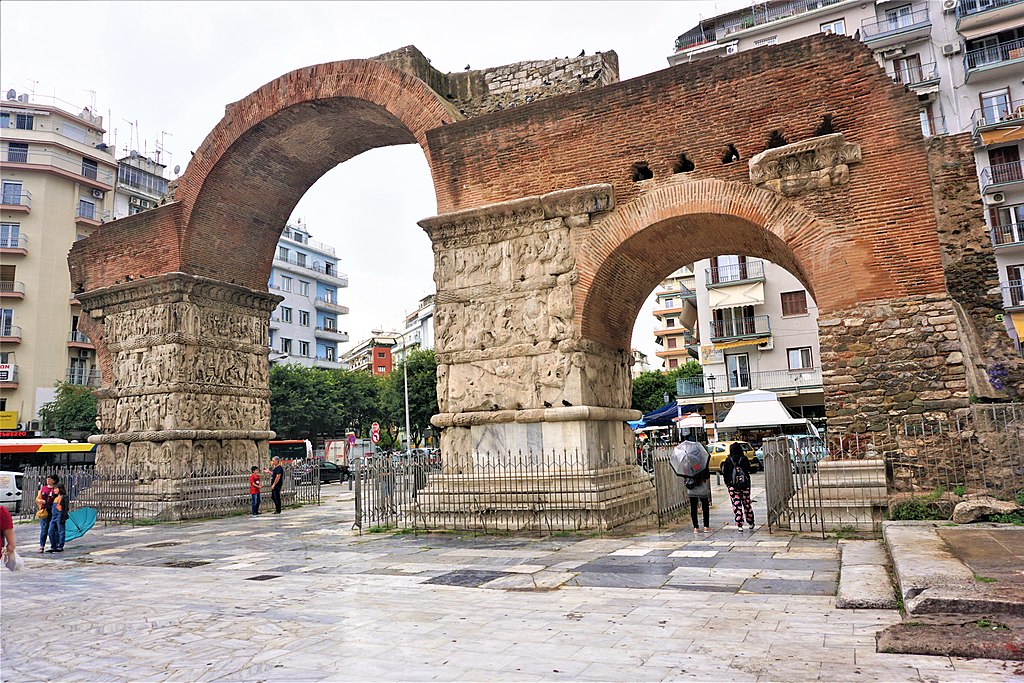 Triumphal Arch of Galerius was built in 299 AD and dedicated to the victory of the Roman Emperor Galerius over the Sassanid Persians at the Battle of Satala.

The structure was an eight-pillared gateway forming a triple arch that was built of a masonry core with a brick face and then with marble panels with sculptural relief.

The central arch spanned the primary Roman road to Byzantium. Only the northwestern three of the eight pillars and parts of the masonry cores of the arches above survive.

Extensive restoration with modern bricks has been performed on the exposed masonry cores to protect the monument.

The two pillars of the central arched passageway retain their sculpted marble slabs, which depict the wars of Galerius against the Persians.

Located at the center of the significant road axes of the city, the Arch of Galerius displayed the power of the emperor and embedded the arch with the fabric of 4th-century Thessaloniki. 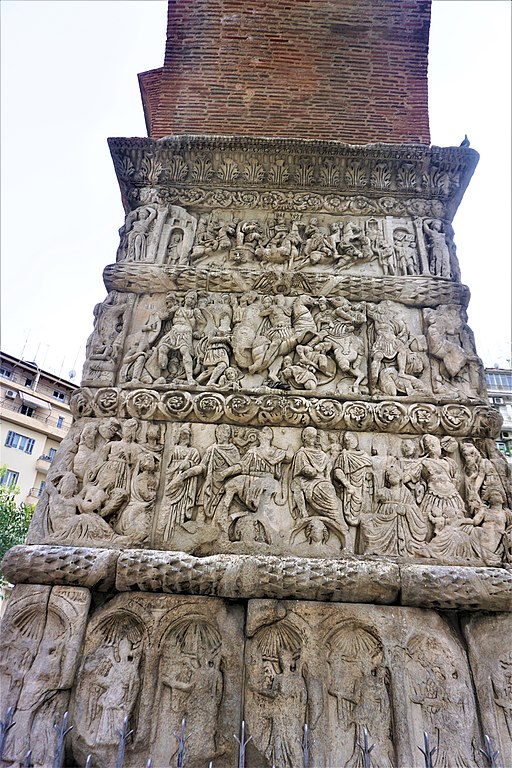 The 4th-century Roman Emperor Galerius commissioned the Triumphal Arch as part of an imperial precinct linked to his Thessaloniki palace. Archaeologists have found substantial remains of the palace to the southwest.

Galerius (250 – 311) was emperor from 305 to 311. During his reign, he campaigned against the Sassanid Empire and across the Danube against the Carpi.

Although he was an opponent of Christianity, Galerius ended the Diocletianic Persecution when he issued an edict of toleration in 311.

Explore the Triumphal Arch of Galerius

Understanding the full story, as represented by the sculptures on the arch, is difficult due to the loss of the majority of the marble panels.

However, the surviving images provide many clues. Each pillar had four vertically stacked registers of sculpted decoration.

Artistic license was taken in the representations, such as, Galerius is shown in personal combat with the Sassanid Shah Narses in one of the panels, which is unlikely.

Galerius is displayed securely on his rearing horse, while the Persian king is shown nearly unhorsed. Terrified Persians cower under the hooves of the Emperor’s horse. 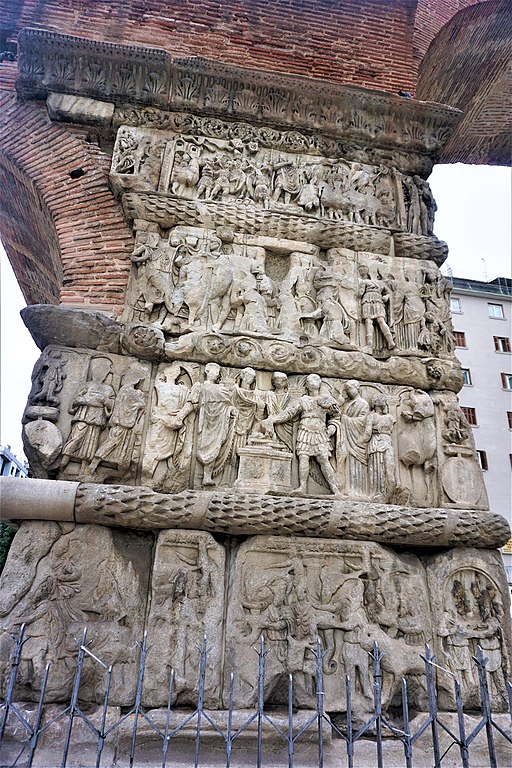 The imperial family is shown making a sacrifice of thanksgiving with Galerius’ wife and daughter by his side. In another panel, the tetrarchs are all in the toga as a victory wreath is held out.

A third panel celebrates the unity of the tetrarchy, with Galerius in armor making the offering upon the altar. The sculptures assert the glory of the tetrarchy and the prominence of Galerius within that system. 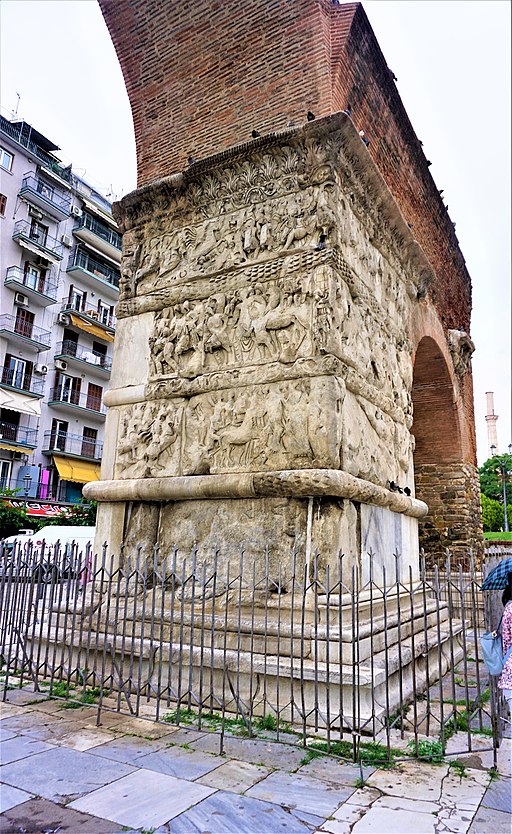 Virtual tour of the Galerius in Thessaloniki

The Palace Complex of Galerius. Thessaloniki