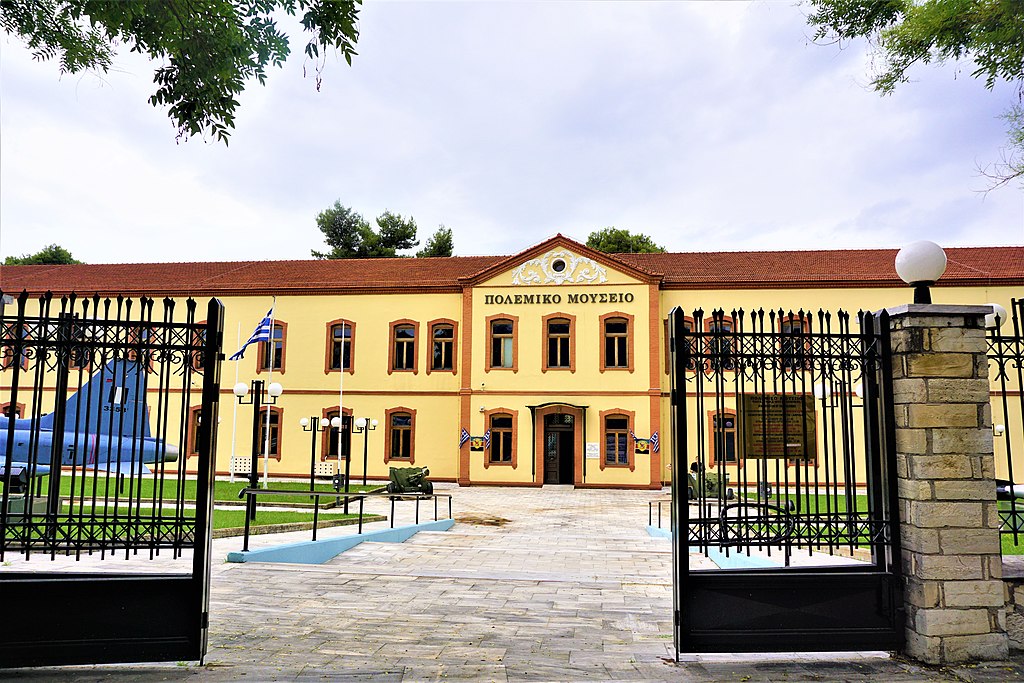 The War Museum of Thessaloniki is a military museum that highlights the events which contributed to modern Greek history from the turn of the 1900s to the liberation of Greece from German forces at the end of World War II. The collection includes photographs, military uniforms, weapons, replicas, works of art, maps, paintings, and similar items from the armies of different Balkan countries.

The many exhibits cover the Balkan Wars, World War I, the Asia Minor Campaign, the Greco-Italian War, the Battle of Crete, and World War II. 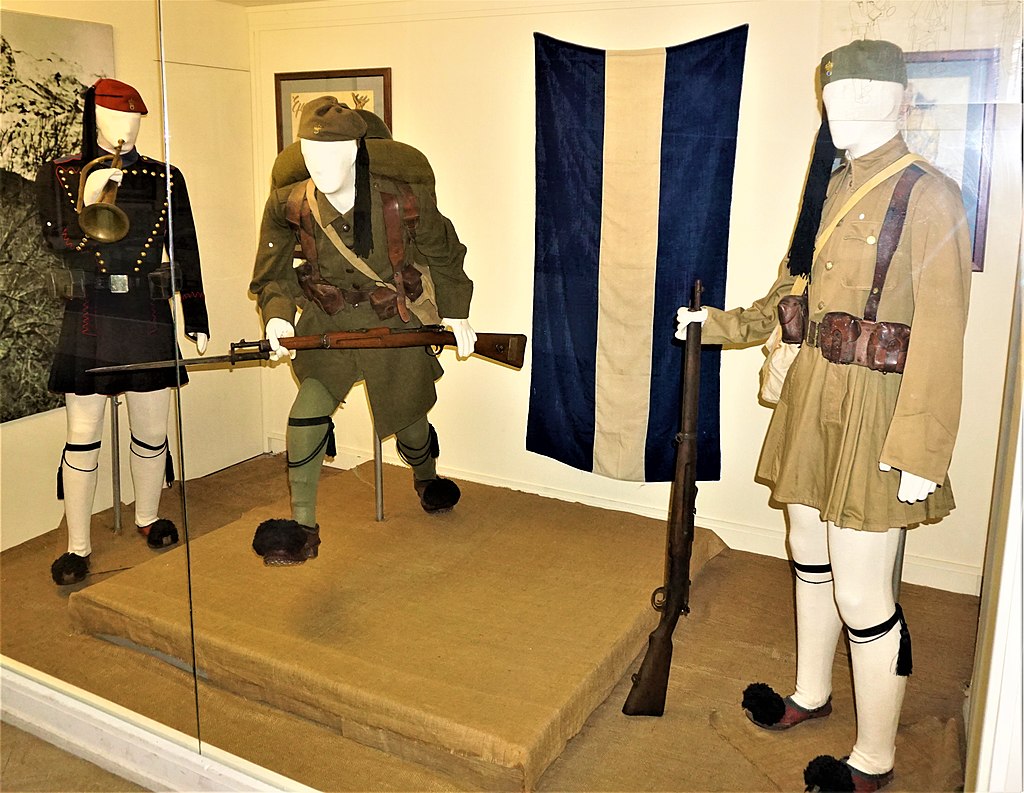 The Evzones Uniform is part of the historical elite light infantry and mountain units of the Greek Army. An Evzone is easily recognized by this distinctive uniform, which evolved from the clothes worn by the freedom fighters who fought the Ottoman occupation of Greece. The most visible item of this uniform is the fustanella, a kilt-like garment.

In 1833, the uniform of the Evzones was the unpopular Bavarian style of blue trousers, tailcoats, and cylindrical military cap. In 1837, a new outfit was created based on the traditional fustanella style worn by many of the famous fighters of the Greek War of Independence. Its popularity led to its adoption as the official uniform of the Evzones in 1868.

The khaki and off-white field uniform of 1910 was still being worn during the Greek-Italian War of 1940-41, although the traditional black fez tassel and large shoe pompoms were usually removed before the battle. Today, the Evzones Uniform is worn by the members of the Presidential Guard, a ceremonial unit that guards the Greek Tomb of the Unknown Soldier and the Presidential Mansion in Athens.

This Flag was the first Greek Flag raised in the city of Thessaloniki on the feast day of the city’s patron saint, Saint Demetrius, when the Greek Army accepted the surrender of the Ottoman garrison. The date was 8 November 1912 in today’s modern calendar, but 26 October in the old style or traditional calendar that Greece still used on the day of surrender.

When the First Balkan War broke out, Greece declared war on the Ottoman Empire, and both Greece and Bulgaria raced to capture Thessaloniki. The Ottoman garrison of the city entered negotiations with both armies. The Bulgarian army arrived one day after the surrender of the city to Greece, and Ottoman ruler of the city told the angry and upset Bulgarian officials that:

“I have only one Thessaloniki, which I have surrendered.”

After the Second Balkan War, Thessaloniki and the rest of the Greek portion of Macedonia were officially annexed to Greece in 1913.

Adoption of the Gregorian Calendar

The adoption of the Gregorian Calendar in the modern history of most nations marked a change from their traditional dating system to the current dating system that is widely used around the world today. Some countries adopted the new calendar from 1582. Some states did not adopt the current calendar until the early twentieth century.

Greece was the last country of Eastern Orthodox Europe to adopt the Gregorian calendar for civil purposes, with Wednesday 15 February 1923 being followed by Thursday 1 March 1923. 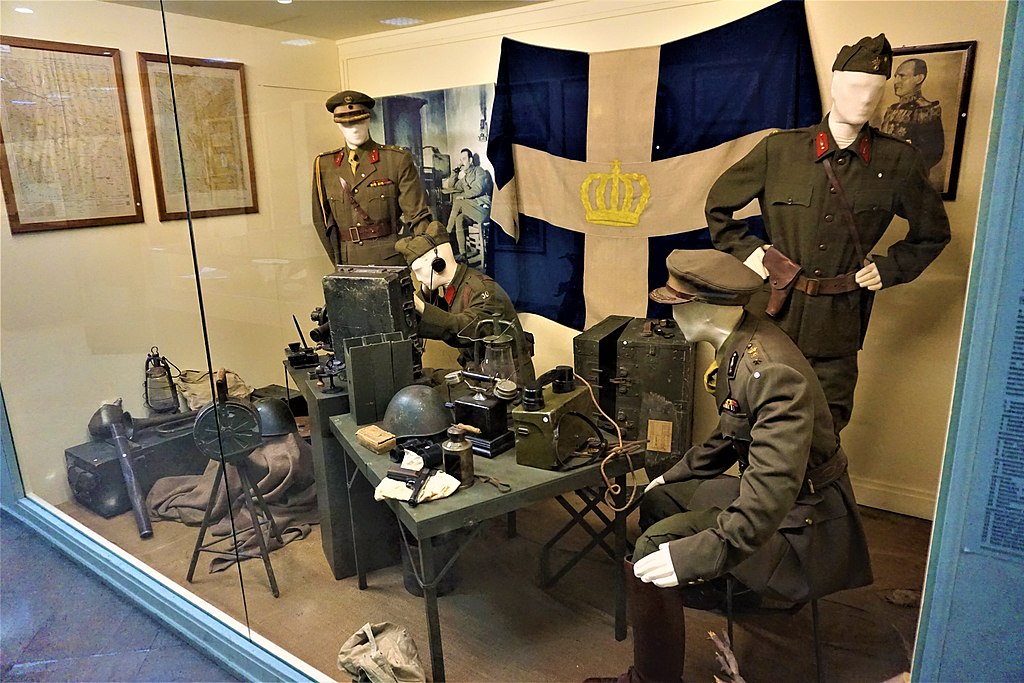 The World War II Hellenic Army fought the Italian invasion in October 1940, which is known as the Greco-Italian War. The Hellenic Army repulsed the initial Italian attack and successfully counter-attack. However, as the bulk of the Greek Army was on the Albania border where the Italian troops had attacked, the German troops invaded from Bulgaria, creating a second front in April 1941. The Greek army found itself outnumbered while defending against both Italian and German soldiers. As a result, the defensive line was quickly overrun by the Germans, who then outflanked the Greek forces at the Albanian border, forcing their surrender.

Allied forces played an important part in containing the German advance, however, on 30 April, the German troops captured 7,000 British, Australian and New Zealand personnel. Greece was then occupied by the military forces of Germany, Italy, and Bulgaria.

The Hellenic Army, which was formed in 1828, is the land force of Greece. The Hellenic Army Emblem is the two-headed eagle with a Greek Cross coat of arms in the center, representing the links between modern Greece, the Greek Orthodox Church, and the Byzantine Empire.