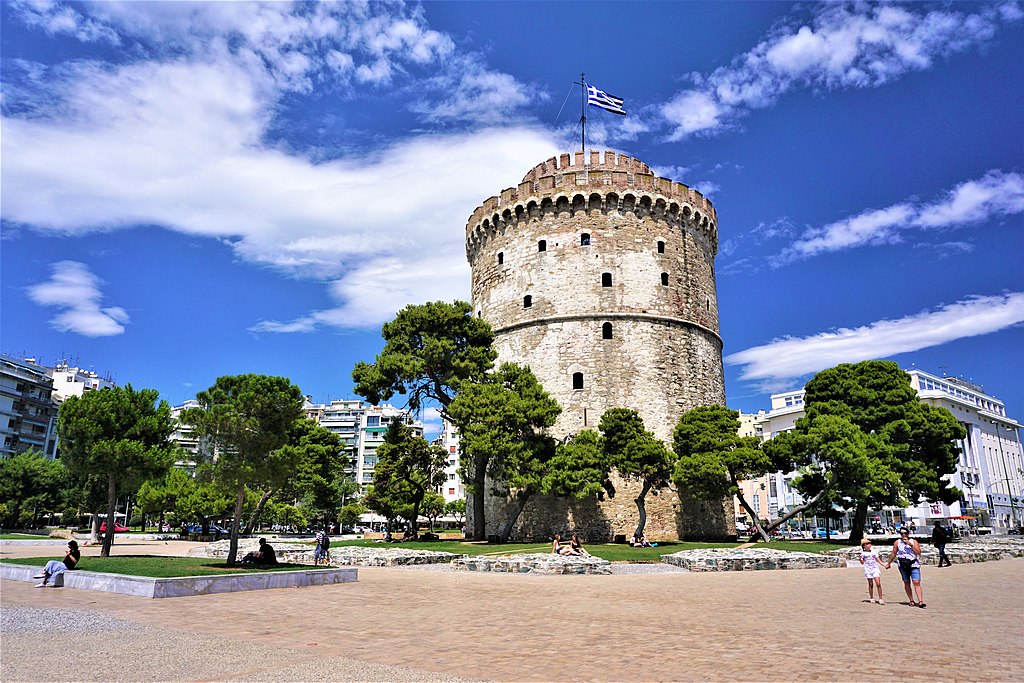 The White Tower of Thessaloniki, Greece, is a historical monument on the waterfront of the city. It has been adopted as the symbol of the Thessaloniki.

This Tower replaced an older Byzantine fortification that the Ottoman Empire constructed to fortify the city’s famous harbor sometime after the capture of Thessaloniki in 1430.

The Tower became a notorious prison and scene of mass executions during the period of Ottoman rule. The Tower was known as the “Tower of Blood” for longer than it has been known as the “White Tower.”

The tower fortification, which once guarded the eastern end of the city’s sea-wall, included a lower circular wall encircling the foot of the Tower to protect the base of the Tower.

This chemise was built to support the heavy guns and enclosing an area at least three times the diameter of the central Tower. The Tower was part of the walls of the old city of Thessaloniki, separating the Jewish quarter of the town from the cemeteries of the Muslims and Jews.

The city walls were demolished in 1866, and the lower walled fortification of the Tower was demolition in 1917.

The Tower was used as a fortress, garrison, and prison and witnessed the torture, execution, and massacre of a multitude of victims.

One of the better-documented incidents was in 1826 when at the order of the Sultan Mahmud II, there was a massacre of the rebellious Janissaries imprisoned there. One of Mahmud II’s acts during his reign was the destruction of the Janissary corps.

When the Janissaries mounted a demonstration against Mahmud II’s proposed military reforms, he had their barracks fired upon, and he orchestrated the crushing and elimination of the former elite Ottoman troops.

With ongoing executions at this site and its growing gruesome reputation, the Tower acquired the name of “Tower of Blood” or “Red Tower.”

When Thessaloniki was annexed to the Hellenic State in 1912 after the First Balkan War, the lower wall fortifications were removed, and the Tower was whitewashed as a symbolic gesture of cleansing and thus acquired its present name, the White Tower.

The whitewash has been weathered away, and the Tower is now a buff color but has retained the name White Tower. 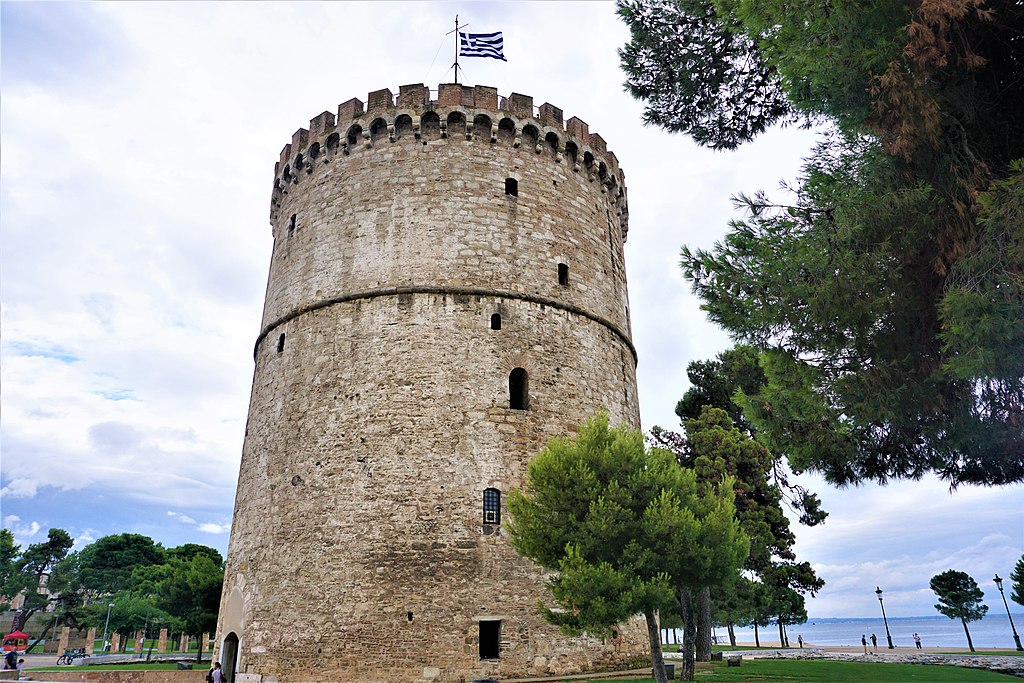 Tour of the White Tower of Thessaloniki

The White Tower – The Symbol of Thessaloniki | Greece

GREECE: The White Tower of Thessaloniki