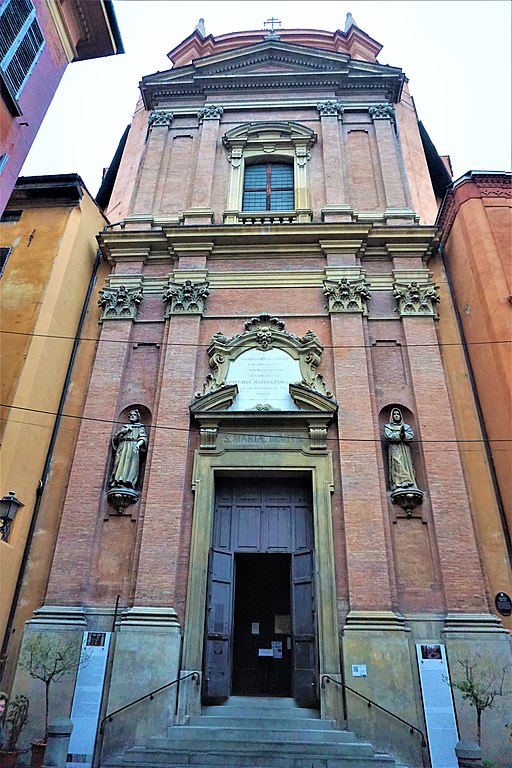 The “Sanctuary of Santa Maria della Vita” is a Baroque church began in 1687, the façade was not added till 1905. The sanctuary is famous for housing the sculptural group of “Lamentation over Dead Christ” (1463) by Niccolò dell’Arca.

In the adjacent oratory, is a Madonna with child and Saints (1550) by Nosadella and a Transit of the Madonna (bodily assumption), a group of 14 statues in terracotta (1522) by Alfonso Lombardi. On the niches of the walls are statues of St Proculus and St Petronius by Alessandro Algardi, as well as St Francis and St Domenic by Giulio Cesare Conventi. Before this church, in 1275, a confraternity of flagellants was organised and supported one of the first hospitals at this site.

The highlights of the Sanctuary of Santa Maria della Vita include: