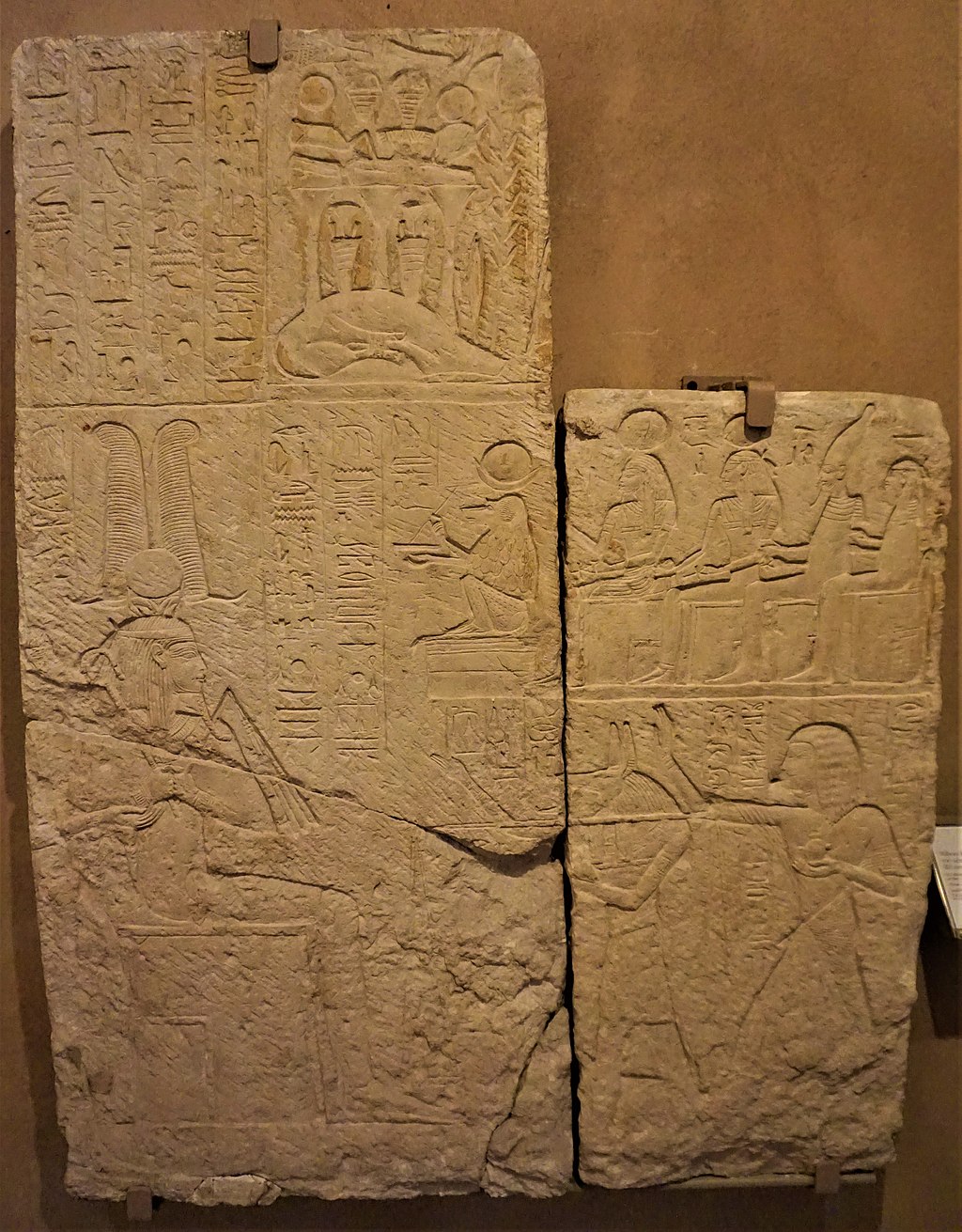 Relief of Hormin with a Weighing of the Heart

In this judgment, the gods weighed the actions of the deceased while alive, symbolized by the heart to decide worthiness and destiny in the after-life.

Ceremonies were efforts to gain the god’s favor and the state dedicated enormous resources to Egyptian rituals and the construction of the temples.

The Weighing of the Heart

In the realm of the dead of the Egyptian underworld, the hearts of the dead were weighed against the “Feather of Ma’at,” symbolically representing the ancient Egyptian concepts of truth, balance, order, harmony, law, morality, and justice.

This is the reason that hearts were left in Egyptian mummies while their other organs were removed. The heart was seen as part of the Egyptian soul.

If the heart was found to be lighter or equal in weight to the feather of Maat, the deceased had led a virtuous life and would go on to the heavenly paradise where Osiris rules.

Osiris came to be seen as the guardian of the gates of this heavenly paradise. The goddess Ammit devoured an unworthy heart. Ammit was a demoness and goddess in ancient Egyptian religion with a body that was a part lion, hippopotamus, and crocodile.

These were the three largest “man-eating” animals known to ancient Egyptians.

The weighing of the heart, as pictured on papyrus in the Book of the Dead typically, or in tomb scenes, shows Anubis overseeing the weighing and Ammit seated awaiting the results so she could consume those who failed.

Anubis is the Greek name of a god associated with mummification and the after-life in ancient Egyptian religion, usually depicted as a canine or a man with a canine head. Archaeologists have identified Anubis’s sacred animal as the African golden wolf.

Relief of Hormin with a Weighing of the Heart

Weighing of the Heart

Exhibits of the Archaeological Civic Museum

Egyptian Book of the Dead – Weighing of the Heart

The only humiliating thing is helplessness.

Every man is rich in excuses to safeguard his prejudices, his instincts, and his opinions.

Seek peacefully, you will find.

Man, know yourself… and you shalt know the gods.

You will free yourself when you learn to be neutral and follow the instructions of your heart without letting things perturb you. This is the way of Maat.

Judge by cause, not by effect.

The first thing necessary in teaching is a master; the second is a pupil capable of carrying on the tradition.

If you search for the laws of harmony, you will find knowledge.

The man who knows how to lead one of his brothers towards what he has known may one day be saved by that very brother.

For every joy, there is a price to be paid.

Weighing of the Heart

“Experience will show you; a Master can only point the way.”
– Egyptian Proverbs