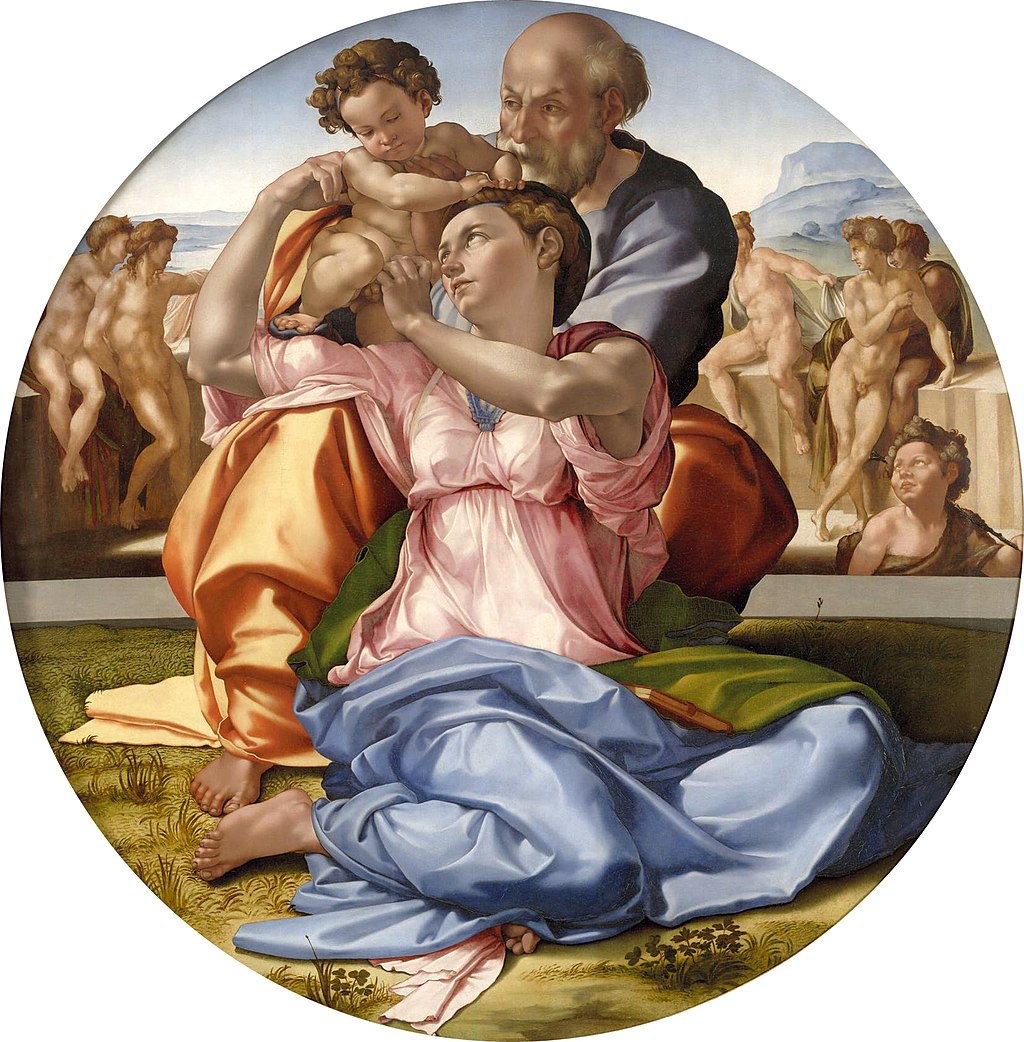 Doni Tondo by Michelangelo portrays the Holy Family consisting of the Child Jesus, Mary, and Joseph in the foreground. John the Baptist is shown in the right with his rough clothing holding a long wooden rod.

Five mostly nude male figures are featured at the back by a low wall in the background. These bare figures have been interpreted in a variety of ways.

Mary is the most prominent figure in the composition, sitting on the ground grass with a book on her lap. Joseph is positioned behind Mary as if he is protecting her.

The golden material over Joseph’s legs forms a de facto throne. The Child is being transferred between Joseph and Mary. Mary and Joseph gaze at Christ.

John the Baptist, the patron saint of Florence, is commonly included in Florentine works depicting the Madonna and Child.

The Doni Tondo was commissioned by Agnolo Doni to commemorate his marriage to Maddalena Strozzi, the daughter of a powerful Tuscan family.

The painting is in the form of a tondo, meaning in Italian, ’round’, a shape associated during the Renaissance with domestic ideas. The painting is still in its original frame, one that Michelangelo might have influenced or helped design.

The painting’s frame is ornately carved with five heads protruding from the frame. The meanings of these heads have been the subject of speculation.

The framework also contains carvings of crescent moons, stars, vegetation, and lions’ heads. These symbols are, perhaps, references to the Doni and Strozzi families.

The inclusion of the five protruding heads in the frame may have been influenced by a similar motif found on “Porta del Paradiso” by Ghiberti. The great bronze doors of the Florence Baptistry, which Michelangelo admired, has protruding figures. 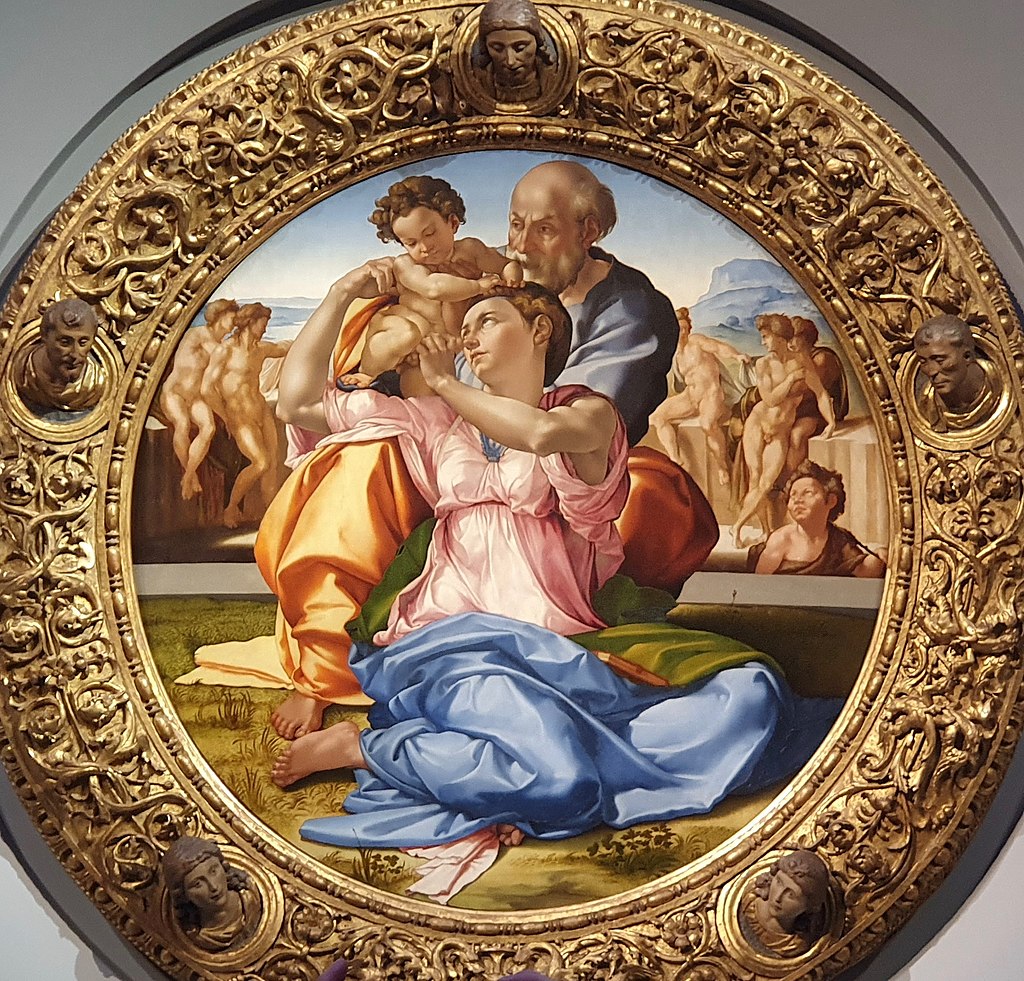 The background figures are five nudes, whose meaning and function are subject to much speculation and debate. Scholars suggest that Michelangelo was inspired by the famous Greco-Roman Laocoön sculpture excavated in 1506 in Rome.

Michelangelo was an Italian sculptor, painter, architect, and poet of the Renaissance who was born in Florence, and who had a monumental influence on the development of Western art.

He is one of the greatest artists of all time, and he is often considered as a contender for the title of the leading representative of Renaissance man, along with his rival, Leonardo da Vinci.

A Virtual Tour of the Uffizi Gallery