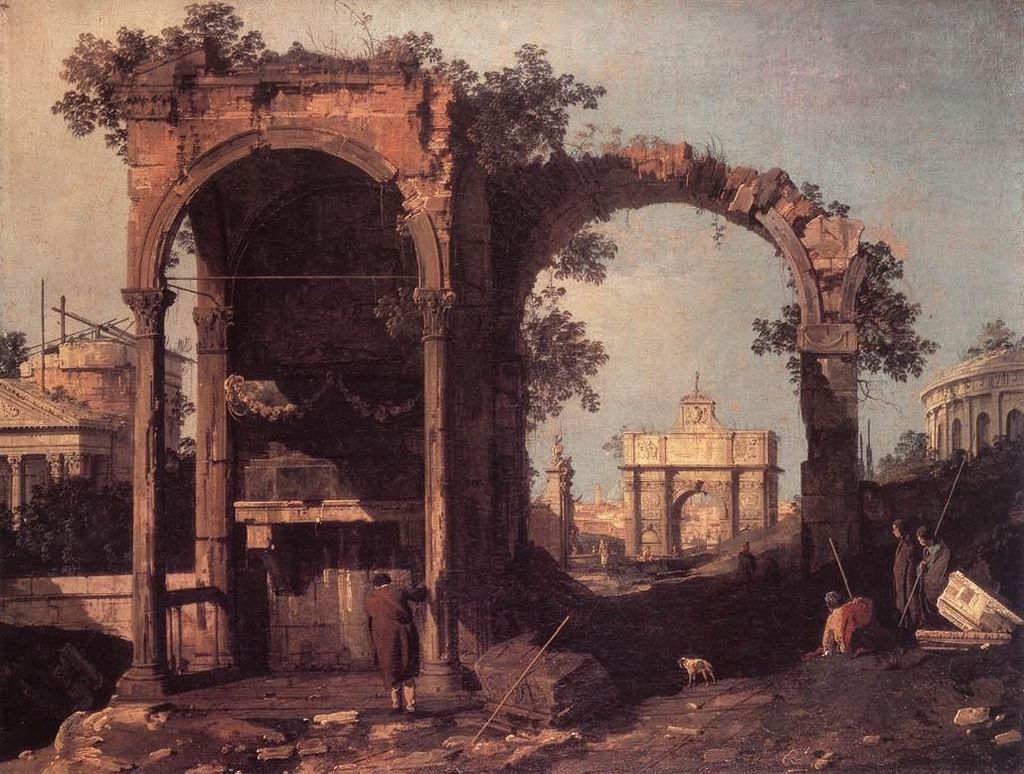 Many different versions of such compositions were produced, by various artists, indicating an eager market for works of this type.

They were inspired by the classical landscapes of the seventeenth century. Their appeal increased with the growing interest in antiquarianism, archaeology, and the history of things of the past.

Capriccio paintings can be anything from re-imagining a building into the future as ruins or placing structures in entirely different settings from reality.

The subjects of capriccio paintings cannot be taken as an accurate depiction due to the genre’s fantastic nature. Capriccio falls under the broad genre of landscape painting.

This style of painting was introduced in the Renaissance and continued into the Baroque. This artistic freedom in capriccio paintings allows for the transformation of buildings and compositions.

Some artists took elements that didn’t belong in the original inspiration, such as people, animals, or plants, and incorporated them into the work.

It is important to remember that in the realm of Capriccio, a painting of a building is not one of record or history, but that it is a creative artwork.

Giovanni Antonio Canal (1697 – 1768), better known as Canaletto, who was born in Venice, is famous for his paintings of Venice, Rome, and London.

He was also a printmaker using the etching technique. From 1746 to 1756, he worked in England, where he painted the many sights of London.

“Men freely believe that which they desire.”
– Julius Caesar