The Alexander Mosaic is a floor mosaic originally from the House of the Faun in Pompeii that dates from circa 100 BC. The image depicts a battle between the armies of Alexander the Great and King Darius III of Persia.

The mosaic illustrates Alexander, on his horse, charging the Persian king Darius who is on a chariot. The battle scene comprises over 50 men.

This work of art is a combination of the different artistic traditions of Greece and Roman but it is based on a copy of an early 3rd-century BC Hellenistic painting.

The style of the mosaic is distinctly Greek in that it depicts close up portraits of the main heroes of the battle. The original artwork was lost in the late 4th-century AD.

Alexander is depicted in a profile facing his enemy of the mosaic. He is posed in action, killing a man with a spear or javelin in his right arm.

Alexander is shown with curly soft-textured hair, typical of Greek royal portraiture that was established in the 4th century BC. Alexander’s gaze is trained on the Persian King Darius.

Note that Alexander does not wear a battle helmet so that he could be easily recognized. Alexander wears a breastplate with the head of Medusa, a famous Gorgon.

Medusa’s power to turn people to stone was used as a protection in Greek mythology. Alexander rides his horse Bucephalus.

Darius can be recognized as the other significant figure in the mosaic. Darius and his charioteer take up a large portion of the mosaic in the right half of the depiction.

Darius’ charioteer whips the horses to flee from the battle. Visible fear and anxiety are portrayed on the Persian king’s face, as seen in his furrowed brows and a deep frown.

The other significant figure is a Persian soldier holding the reins of his horse, which is uncertain in which direction to charge. This confusion of soldier and horse is a reference to the Persian defeat and the weak leadership displayed by the Persian King.

House of the Faun in Pompeii

The Alexander Mosaic was preserved due to the volcanic ash that covered the mosaic during the eruption of Mount Vesuvius in the city of Pompeii in 79 AD.

This Roman artwork was found inlaid into the ground of the House of the Faun. The mosaic was used to decorate an open room that contains seating that was used for social conversations.

The House of the Faun was a large estate comprised of one whole block in Pompeii.

The mosaic was rediscovered in 1831 in Pompeii, Italy, and was later transported to Naples in September 1843. The Alexander Mosaic is now displayed on a wall and preserved in Naples at the Museo Archeologico Nazionale.

In 1956, the Alexander Mosaic was featured on 1,000 Greek drachma banknotes.

Alexander III of Macedon is known as Alexander the Great. He succeeded to the throne at the age of 20 spent most of his years on military campaigns through Asia and northeast Africa.

By the time of his death at the age of thirty-two, he had created one of the largest empires of the ancient world, stretching from Greece to northwestern India.

Alexander was undefeated in battle and is considered history’s most successful military commander.

During his youth, Alexander was tutored by Aristotle. He inherited a strong kingdom and an experienced army.

Alexander was awarded the generalship of Greece and used this authority to launch a pan-Hellenic campaign to lead the Greeks in the conquest of Persia.

In 334 BC, he invaded the Persian Empire and began a series of battles that lasted ten years.

Alexander died ten years after his entry into Babylon, the city that he planned to establish as his capital.

In the years following his death, a series of civil wars tore his empire apart, resulting in the establishment of several states ruled by Alexander’s surviving generals and heirs.

Alexander’s legacy includes the Greek cultural diffusion which his conquests engendered, such as Greco-Buddhism. He founded some twenty cities that bore his name.

The spread of Greek culture in the east resulted in a new Hellenistic civilization, aspects of which were still evident in the traditions of the Byzantine Empire and the presence of Greek speakers in central and far eastern Anatolia until the 1920s. 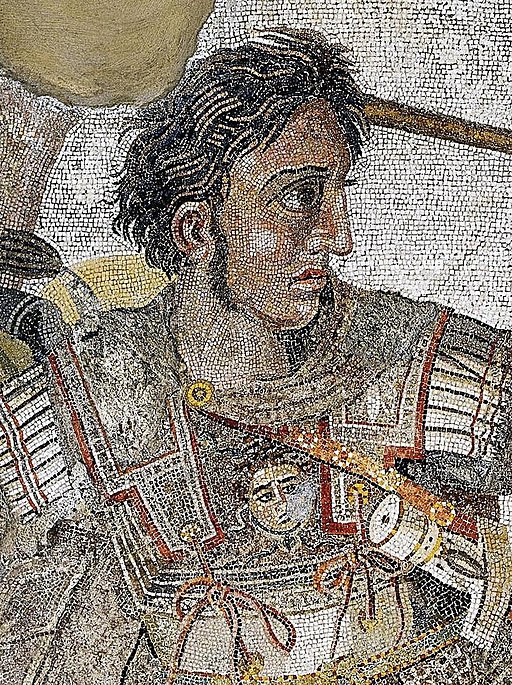 After capturing Egypt, Alexander marched eastward into Mesopotamia (Iraq) and defeated Darius for a second time at the Battle of Gaugamela.

Darius once more fled the field, and Alexander captured Babylon. From Babylon, Alexander went to Susa and captured its treasury. He then hurried to Persepolis before its garrison could loot the treasury.

On entering Persepolis, Alexander allowed his troops to loot the city for several days. During Alexander stayed in Persepolis, a fire broke out in the palace of Xerxes I and spread to the rest of the city.

Possible causes include Greek revenge for the burning of the Acropolis of Athens during the Second Persian War by Xerxes.

Alexander died in the palace of Nebuchadnezzar II, in Babylon, at age 32 in 323 BC. Many arguments have been made for and against poisoning theories.

Natural-cause theories tend to emphasize Alexander’s poor health and his general decline after years of heavy drinking and severe wounds.

A Tour of “Alexander the Great” in Art

The Alexander Mosaic – The Battle of Issus 333 BCE