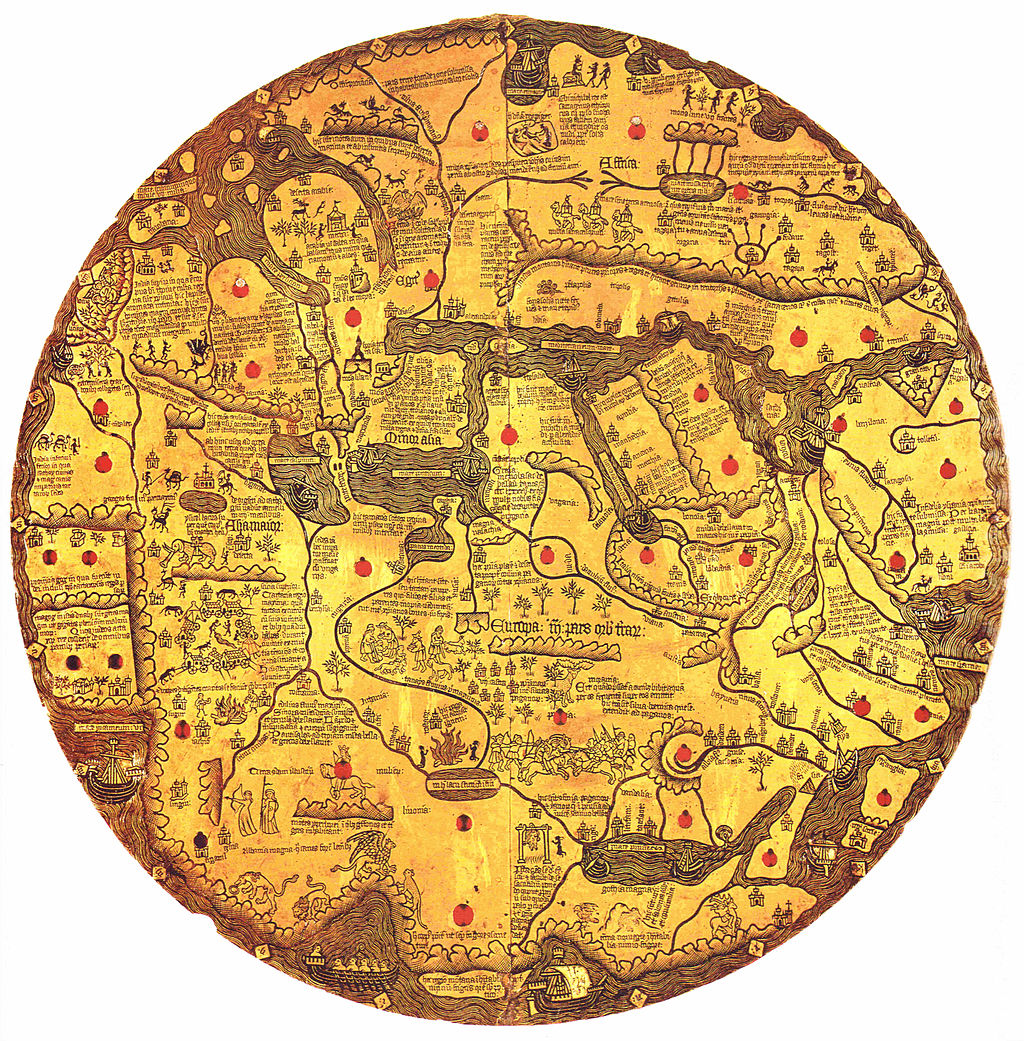 The Borgia Map is a world map made sometime in the early 15th century and engraved on a metal plate. The map was made in about 1450 with a script that identifies it as being made in south German.

The map seeks to not only illustrate the geography of the different countries but also to comment on their ethnography, natural conditions, religion, and critical events of their history.

Unfortunately, nothing about the authorship of the Borgia map is known. The map has a well-crafted and design and was made to last a long time as it is engraved on a copper plate.

Its quality and historical context make Borgia Map one of the most famous ancient maps in the history and evolution of cartography. The map is of non-Ptolemaic origins and is oriented with the South at the top.

The emphasis on history and the traditional names suggests that it was initially designed as a historical map, for use in a library.

Africa is at the top of the map, with Europe at the bottom right. The Babylonian, Alexandrian, Carthaginian, and Roman Empires are highlighted on the map in a historical sequence.

The Italian states which were in a chaotic political period at the time of this map led the mapmaker to comment that:

“Italy, beautiful, fertile, strong and proud, from lack of a single lord, has no justice.”

Special mentions are made of various Crusades and conflicts including:

The Borgia Map includes many examples of where the perceived ungodly extremes of the world were depicted as monstrous races, who were yet to be converted to Christianity.

There is no indication on the map that shows any knowledge of the Portuguese discoveries on the African coast or the Scandinavian discovery of Greenland.

Cardinal Stefano Borgia chanced upon a map engraved on a metal sheet while in Portugal in 1774. He had prints made of the map’s image, and the original map is today in the Vatican Library.

The map is engraved on two copper plates riveted together to form a circle, 24 inches in diameter. The color is rubbed in the engraved channels using a process of a black compound of sulfur, silver, and lead used to incise a design on a metal surface.