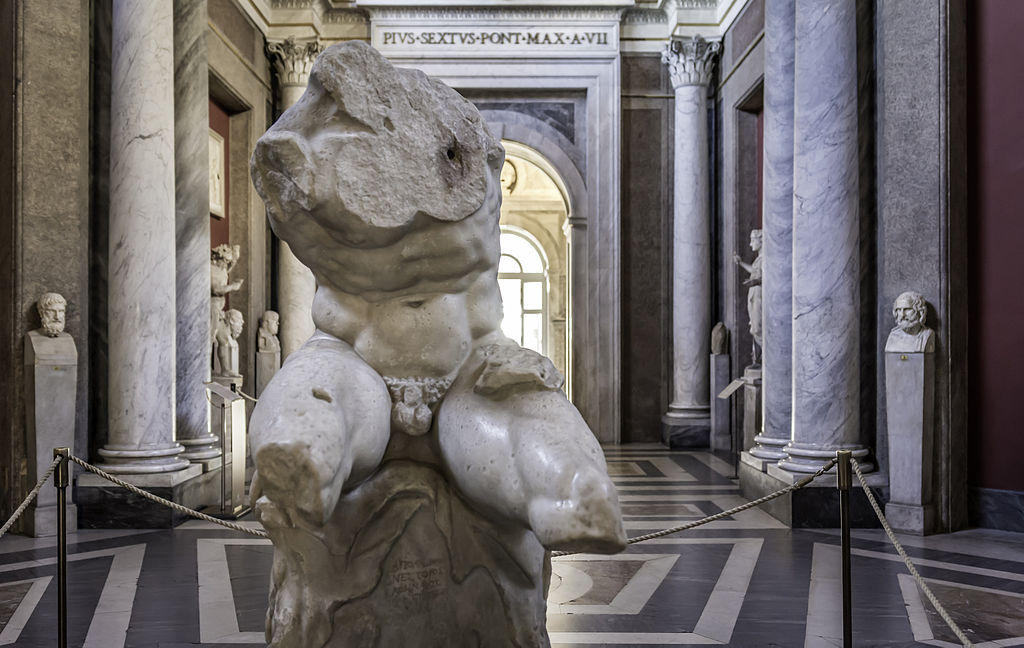 The Belvedere Torso is a highly damaged and the partial remains of a marble statue of a nude male. Yet, Michelangelo’s admiration of the Torso was widely known in his lifetime. The Torso gained the nickname of:

“The School of Michelangelo.”

The contorted pose of the torso and musculature were highly influential on Renaissance, Mannerist, and Baroque artists, including Michelangelo and Raphael.

Michelangelo used it as the inspiration for several of the figures on the Sistine Chapel ceiling. The Belvedere Torso reputation and admiration by artists continues in modern times.

The Belvedere Torso is believed to be a copy from the 1st century BC of an older bronze statue, which probably dated to the early 2nd century BC. The identity of the figure has been much debated throughout the centuries.

The muscular male figure is seated on an animal hide and is traditionally identified as a Heracles sitting on the skin of the Nemean lion.

However, the exact identification is not absolute, and Vatican historians hypothesize that the figure is Ajax, the son of Telamon, contemplating his suicide.

The statue is first documented in the collection of a Cardinal in1433. Soon after, it gained a reputation as a catalyst for the classical revival.

Early drawings of the Torso were made in the early 1500s and then many more by artistic students and future masters.

During the Sack of Rome in 1527, it suffered significant mutilation.

The Belvedere Torso is signed on the front of the base by “Apollonios, son of Nestor, Athenian.” 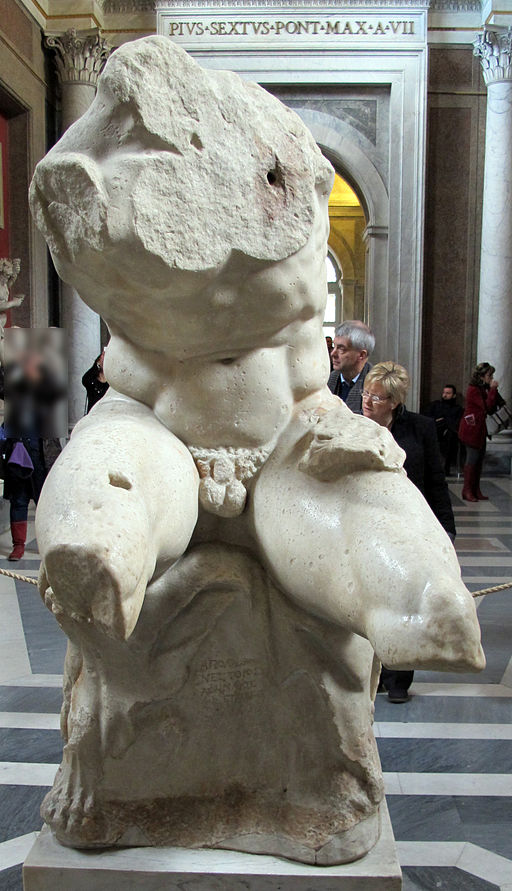 Heracles was a divine hero in Greek mythology. He was the greatest of the Greek heroes, a paragon of masculinity, the ancestor of famous Greek royal clans.

In Rome and the modern West, he is known as Hercules, with whom the later Roman emperors, often identified themselves. The Romans adopted the Greek version of his life essentially unchanged but added their anecdotal detail.

One of Heracles’ notable achievements was the defeat of a lion that was attacking the city of Nemea with his bare hands. He then wore the lion skin as a cloak to symbolize his power.

Ajax is a Greek mythological hero, who played an important and courageous role as a warrior in Homer’s Iliad and in the Epic Cycle, a series of epic poems about the Trojan War.

In the Iliad, Ajax is notable for his abundant strength and courage in fighting Hector and the Trojans.

When Achilles dies, Ajax and Odysseus are the key heroes who fight against the Trojans to get the body and bury it.

After the burial, both Ajax and Odysseus make claims on Achilles’ magical armor, which had been forged on Mount Olympus, as recognition for their heroic efforts. A competition is held to determine who deserves the armor.

Ajax argued that because of his strength in fighting for the Greeks, including saving the Greek ships, he deserves the armor.

However, Odysseus proved to be more eloquent, and the war council gave him the armor.

Ajax then becomes furious and crazed and slaughters the Greek herds of captured livestock, believing them to be his enemies through a trick of the Greek goddess Athena who supported Odysseus.

Unable to deal with this dual dishonor, Ajax falls upon his sword, “conquered by his sorrow,” and commits suicide. 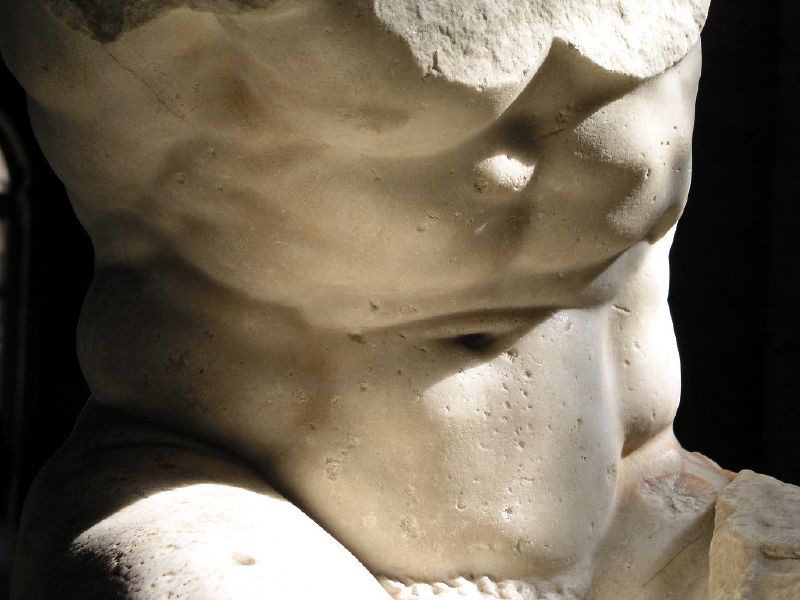 A Tour of the Vatican Museums

A Tour of Italian Museums