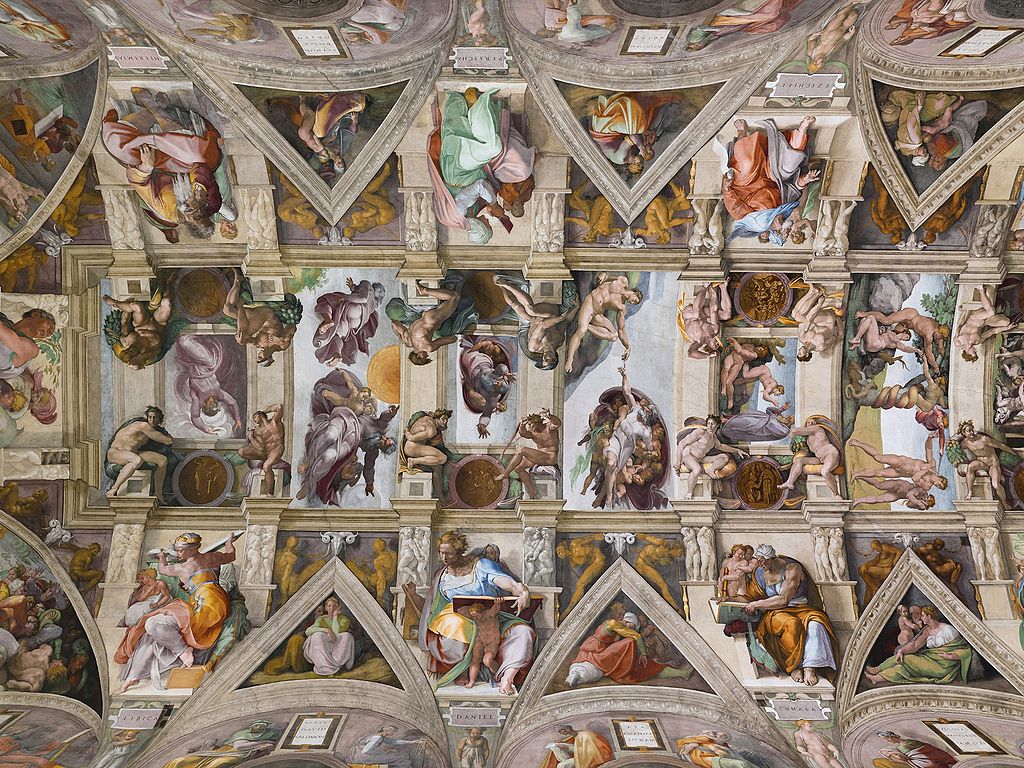 The Sistine Chapel is the room where the College of Cardinals are locked in and required to decide on the next Pope. The walls and the ceiling are masterfully decorated.

The walls are painted with frescoes by various artists, and Michelangelo painted the Masterpiece of the ceiling fresco.

Michelangelo Buonarroti (1475-1564) is one of the critical Renaissance sculptors, painters, and architects. He painted the Sistine Chapel from 1508 to 1512.

The many figures painted on the high ceiling when viewed from the ground level look multidimensional and look like the sculptured figures we see in the Laocoön statute.

The figures are depicted with the muscular strength to give them a presence that is powerful and, at the same time, beautiful.

Michelangelo preferred to be a sculptor, and when he painted, he was virtually painting sculpture on a flat surface.

This approach is the case in the Sistine Chapel ceiling, where he painted impressive figures that embody both strength and beauty.

God in the act of creation of Adam

The painting stretched over four long years and was one of the longest and most challenging projects Michelangelo undertook.

I’ve already grown a goiter from this torture,
hunched up here like a cat in Lombardy
(or anywhere else where the stagnant water’s poison).
My stomach’s squashed under my chin, my beard’s
pointing at heaven, my brain’s crushed in a casket,
my breast twists like a harpy’s. My brush,
above me, all the time dribbles paint
so my face makes a fine floor for droppings!

My haunches are grinding into my guts,
my poor ass strains to work as a counterweight,
every gesture I make is blind and aimless.
My skin hangs loose below me, my spine’s
all knotted from folding over itself.
I’m bent taut as a Syrian bow.

Because I’m stuck like this, my thoughts
are crazy, perfidious tripe:
anyone shoots poorly through a crooked blowpipe.

My painting is dead.
Defend it for me, Giovanni, protect my honor.
I am not in the right place—I am not a painter.

Michelangelo wrote over 300 poems, and this poem is his most translated work. The above version is translated from the Italian by Gail Mazur.

The Temptation and Expulsion

Below is the panel showing the Temptation and Expulsion of Adam and Eve.

Along the central section of the ceiling, Michelangelo painted nine scenes from the Book of Genesis:

Below is a ceiling map of what Michelangelo painted. 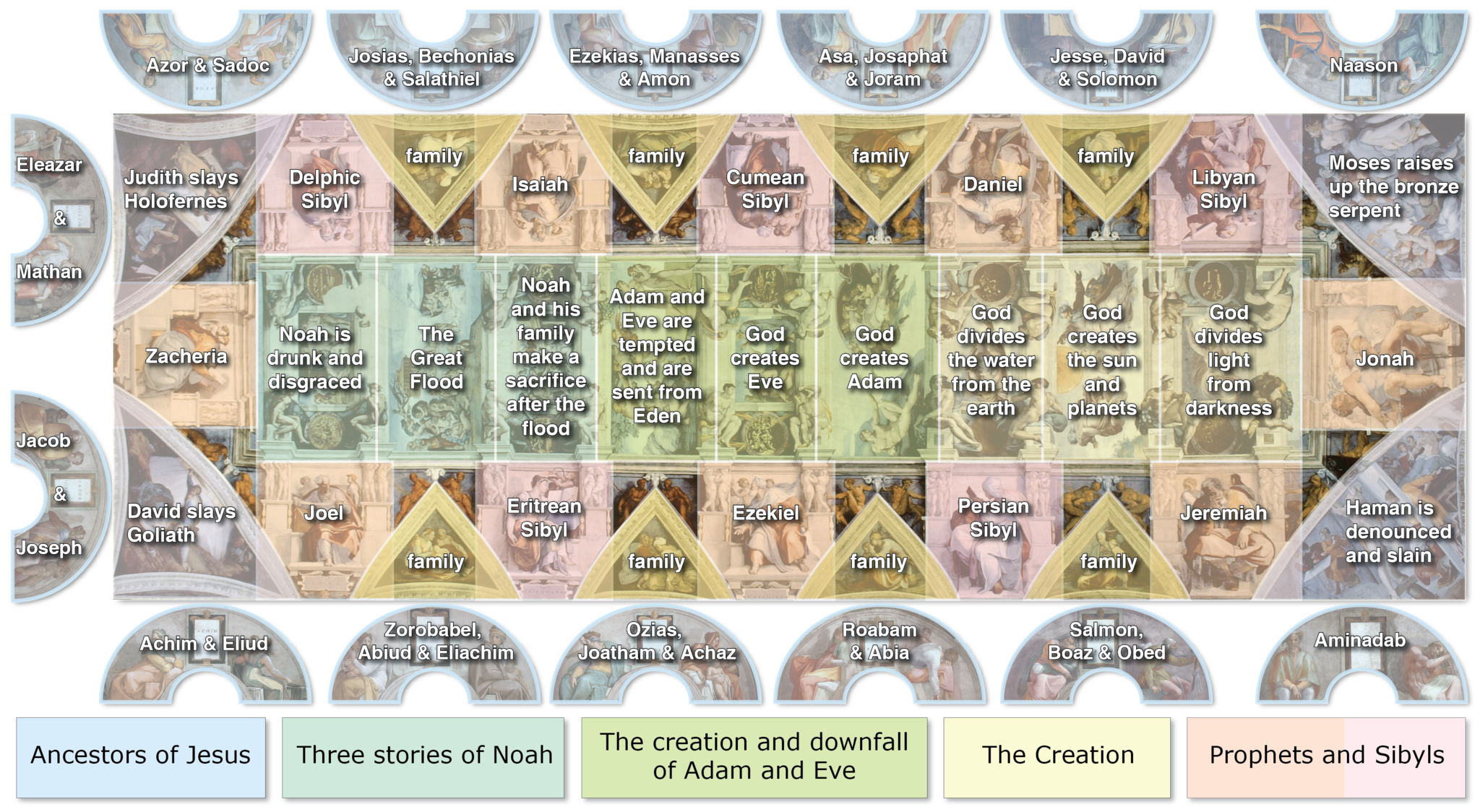 Michelangelo’s ceiling has had a strong influence on many artists, and Johann Wolfgang Goethe stated:

“Without having seen the Sistine Chapel, one can form no appreciable idea of what one man is capable of achieving.”

Inside Sistine Chapel on 500th anniversary

Tour of the Sistine Chapel

The story behind the Sistine Chapel

The Sistine Chapel Ceiling: Michelangelo and the Masterpiece

“The true work of art is but a shadow of the divine perfection.”
– Michelangelo