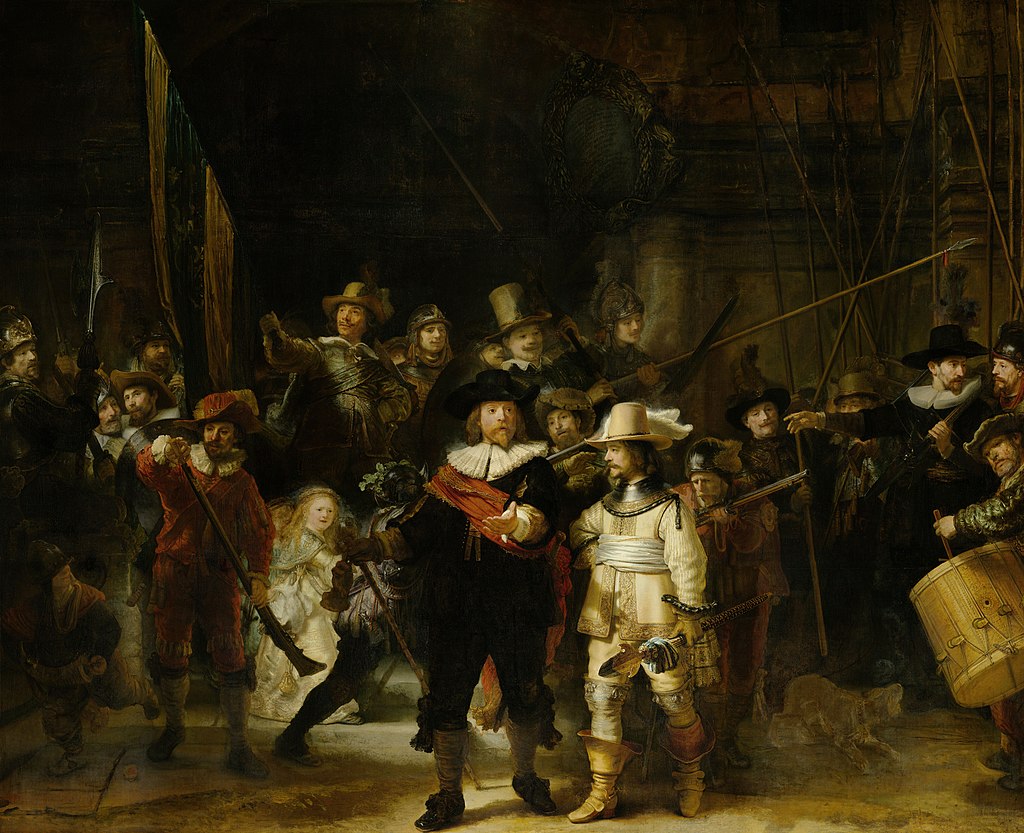 “The Night Watch” by Rembrandt van Rijn depicts a company of military men moving out, led by the Captain dressed in black, with a red sash and his lieutenant adorned in yellow, with a white sash. The Night Watch is one of the most famous Dutch Golden Age paintings.

The painting is noteworthy for its colossal size, its dramatic use of light and shadow, plus the perception of motion in what would have traditionally been a traditional static military group portrait.

Rembrandt has skillfully used sunlight and shade to lead the eye to the three most important characters among the crowd.

They are the two gentlemen in the center from whom the painting gets its original title, and the woman in the center-left background carrying a dead chicken tied to her belt.

Rembrandt has displayed the woman with the claws of a dead chicken on her belt to represent the symbols of the arquebusiers, and she is holding the militia’s goblet.

The dead chicken represents a defeated adversary. The color yellow is often associated with victory.

Behind them, are the company’s colors are held up by the ensign, and these figures are almost life-size. T

he infantrymen are armed with arquebus, which is the name of the long gun from that period.

Insights into the “The Night Watch” by Rembrandt van Rijn

Highlights of the Rijksmuseum