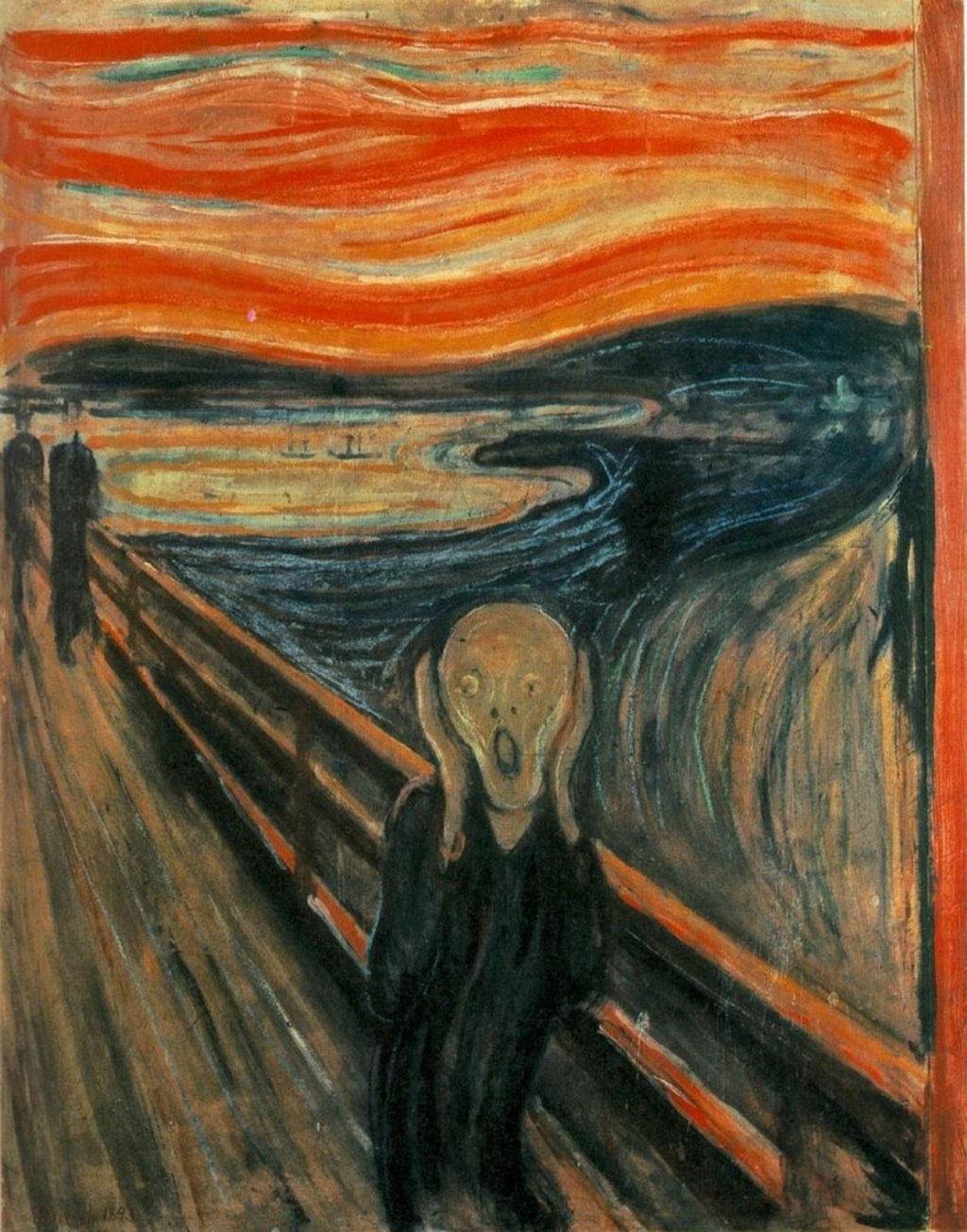 “The Scream” by Edvard Munch

“The Scream” by Edvard Munch depicts a figure with an agonized expression on a walkway overlooking the blue water and a tumultuous orange sky dominating the top third of the artwork.

He later described his inspiration for the painting:

“One evening I was walking along a path,
the city was on one side and the fjord below. I felt tired and ill.
I stopped and looked out over the fjord—the sun was setting, and the clouds turning blood red.
I sensed a scream passing through nature;
it seemed to me that I heard the scream. I painted this picture,
painted the clouds as actual blood. The color shrieked.
This became The Scream.”

The German title Munch gave these works is “The Scream of Nature.” The Scream communicates immediate strong feelings upon viewing, and its impact on viewers has propelled this painting into the popular culture.

Edvard Munch created four versions of “The Scream,” both paintings and pastels between 1893 and 1910, plus a lithograph stone of the image.

Edvard Munch was a Norwegian painter and printmaker whose evocative treatment of psychological themes built upon Symbolism and greatly influenced German Expressionism in the early 20th century.

How Edvard Munch’s The Scream Became an Icon

Edvard Munch: The Life of an Artist

“The Scream” by Edvard Munch

“For as long as I can remember, I have suffered from a deep feeling of anxiety, which I have tried to express in my art.”
– Edvard Munch