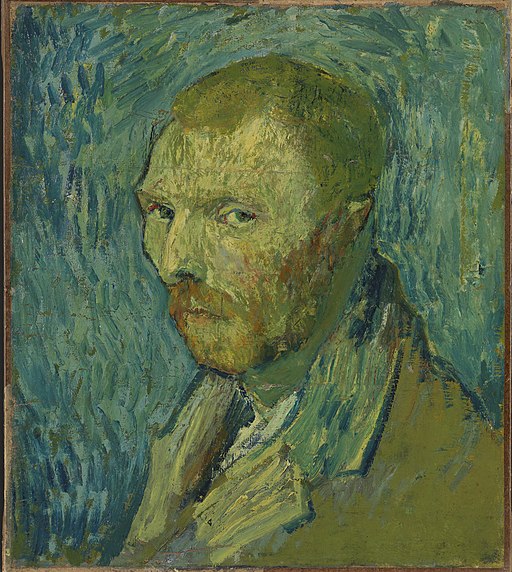 “Self-portrait Mutilated Ear” by Vincent van Gogh shows the artist after a confrontation with Gauguin in which, with a razor, Van Gogh severed part of his left ear.

Van Gogh suffered from psychotic episodes and delusions, and he often neglected his physical health and drank heavily.

The exact sequence of events that led to Van Gogh’s mutilation of his ear is not known. This self-portrait shows his mutilated ear.

Following this incident, his friendship with Gauguin ended, and he spent time in a psychiatric hospital.

After he discharged himself and moved nearer to Paris, he came under a homeopathic doctor’s care.

His depression continued, and in 1890, Van Gogh was shot in the chest with a revolver. He died from his injuries two days later.

This painting was acquired by the museum in 1910 and was initially rejected by scholars and technical researchers.

The museum has countered these adverse claims with provenance research, but the debate continues.

Did Vincent Van Gogh really cut off his whole ear?

Explore the National Museum of Art, Architecture, and Design – Norway

“Straight ahead is shortest, but not always easiest.”
– Norwegian Proverb