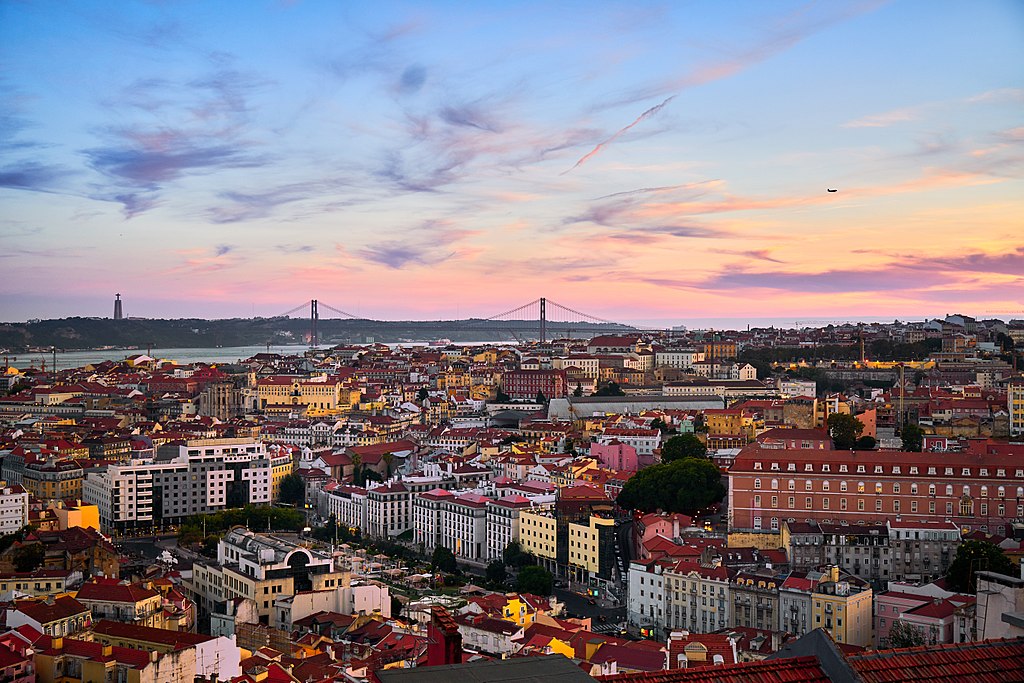 Portugal is a country located on the Iberian Peninsula in southwestern Europe and one of the oldest states in Europe, its territory having been continuously settled and fought over since prehistoric times.

The pre-Celtic people, Celts, Carthaginians, and Romans were followed by the invasions of the Visigoths and Suebi Germanic peoples.

Portugal, as a country, was established during the Christian Reconquista against the Moors, who had invaded the Iberian Peninsula in 711 AD, and the Kingdom of Portugal was proclaimed in 1139.

In the 15th and 16th centuries, Portugal established the first global empire, becoming one of the world’s major powers.

During this Age of Discovery, Portuguese explorers pioneered maritime exploration, with Bartolomeu Dias sailing beyond the Cape of Good Hope in 1488 and Vasco da Gama discovering of the sea route to India in 1498 and the European discovery of Brazil in 1500.

During this time, Portugal monopolized the spice trade, divided the world into hemispheres of dominion with Castille.

Following the 1755 Lisbon earthquake, the Napoleonic Wars, the independence of Brazil in 1822, and late industrialization Portugal was no longer a global power.

After the 1910 revolution deposed the monarchy, the democratic Portuguese First Republic was established. The handover of Macau to China in 1999 marked the end of what was the longest-lived colonial empire.

Portugal has left a profound cultural and artistic influence across the globe, with a diverse legacy of over 250 million Portuguese speakers globally and its rich history and heritage, Portugal has many fascinating museums.

Lisbon is the capital and the largest city of Portugal and mainland Europe’s westernmost capital city and the only one along the Atlantic coast.

Lisbon is one of the oldest cities in the world, predating other modern European capitals such as London, Paris, and Rome by centuries.

The Museu Nacional de Arte Antiga, also known in English as the National Museum of Ancient Art, is the Portuguese national art museum.

The museum has one of the largest art collections in the world, with over 40,000 items spanning a vast selection of painting, sculpture, goldware, furniture, textiles, ceramics, and prints.

“Those who wish to sing always find a song.”
– Portuguese Proverb