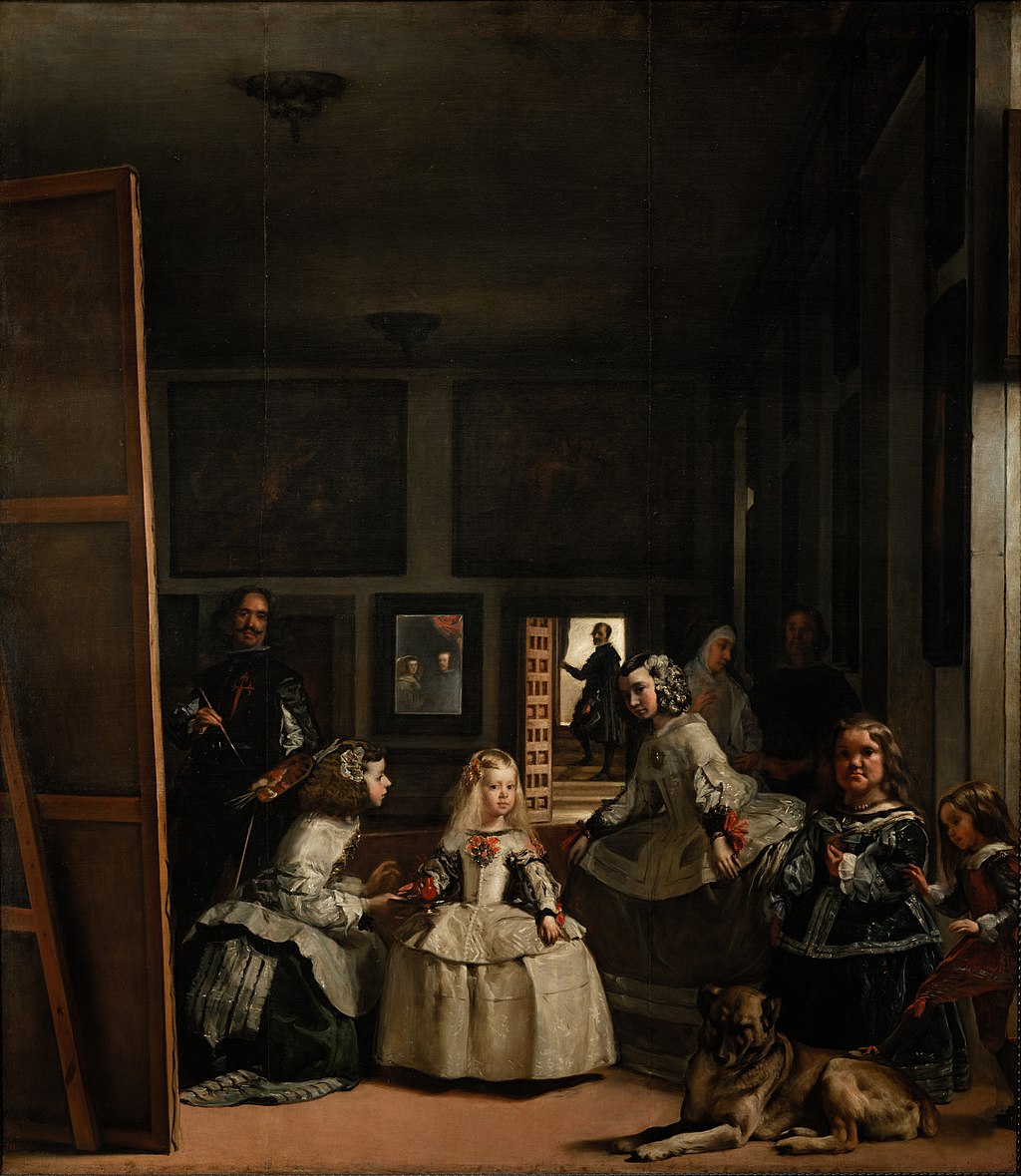 The Ladies-in-Waiting by Diego Velázquez

“Las Meninas” or “The Ladies-in-Waiting” by Diego Velázquez is a complex and mysterious composition which, when studied, creates an ambiguous relationship between the audience and the various subjects in this painting.

The complex arrangement of Las Meninas has made this painting one of the most analyzed masterpieces in Western art.

“Las Meninas” depicts a room in The Royal Alcázar of Madrid. It was a fortress located at the site of today’s Royal Palace of Madrid, during the reign of King Philip IV of Spain.

The figures in the painting are all real historical members of the Spanish court.

The young Infanta Margaret Theresa is in the center of her entourage of maids of honor, chaperone, bodyguard, two dwarfs, and a dog.

Infanta was the title for the daughter of the ruling monarch of Spain, especially the eldest daughter, who was not heir to the throne.

To the left, Velázquez, the artist of this masterpiece, portrays himself working on a large canvas and looks outwards, towards us.

Or is it a representation of Velázquez’s painting that we can not be seen. To the rear through the door stands the queen’s chamberlain and head of the royal tapestry works.

Perspective is the secret to this masterpiece. It creates a feeling of depth. The use of light also creates different focal points as well as adding definition to the subjects.

Las Meninas has long been recognized as one of the most important paintings in Western art history. Many famous artists have studied this painting and referenced it.

In 1957, Pablo Picasso painted a series of 58 interpretations of Las Meninas, which currently fills the Las Meninas room of the Museu Picasso in Barcelona, Spain.

Amongst the many famous artists who have referenced this masterpiece are Francisco Goya, John Singer Sargent, and Salvador Dalí.

Las Meninas – The Ladies-in-Waiting or The Maids of Honour

Las Meninas: Is This The Best Painting In History?

Las Meninas: Why is this painting so captivating?

“A human will only grasp the realm of a parent’s love when he experiences for himself the like.”
– Diego Velázquez