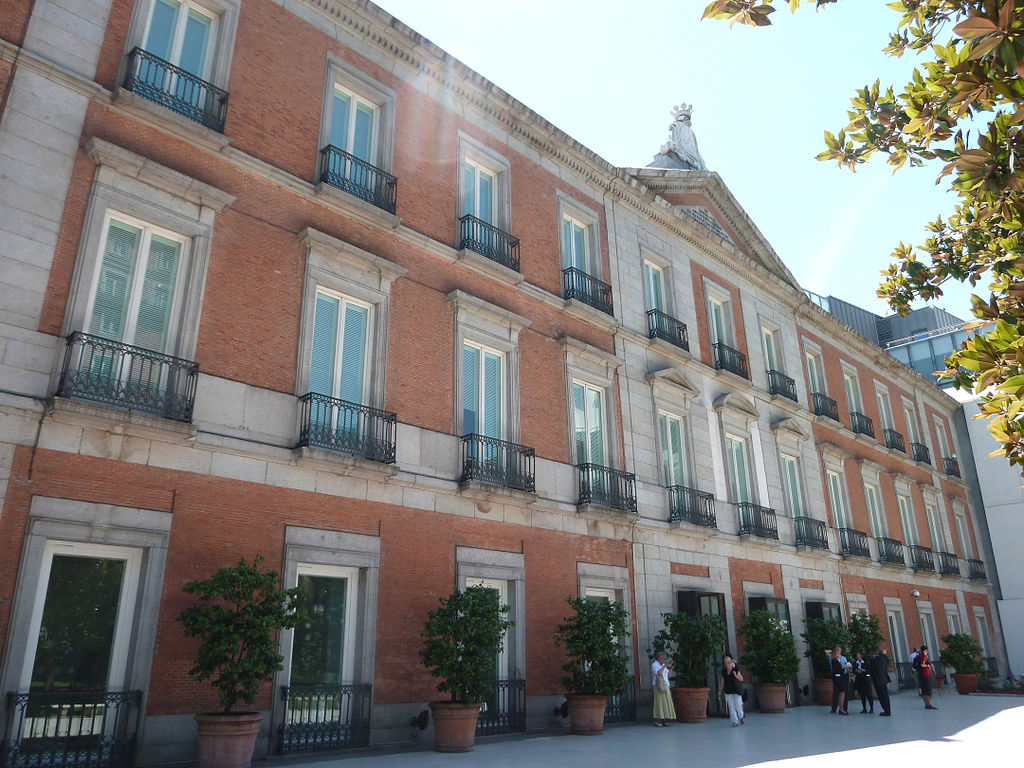 The Thyssen-Bornemisza Museum is part of the “Golden Triangle of Art,”” which also includes the Prado and the Reina Sofia national galleries.

The Thyssen-Bornemisza collection with over 1,600 paintings includes works from the Italian, English, Dutch and German schools, plus 20th century European and American paintings.

Virtual Tour of the Thyssen-Bornemisza Museum

Highlights Tour of the Thyssen-Bornemisza Museum

“Galathea” by Gustave Moreau depicts sea-nymph in a languid pose, reclining in the foreground. She is set in a rocky landscape with lush, exotic plants inspired by marine plants.

The Cyclops Polyphemus is depicted as a crouching giant observing Galatea from a distance. The painting’s brilliance and richness of textures derive from Moreau’s unique method of applying the paint pigment.

In painting, symbolism can be seen as a revival of some mystical tendencies in the Romantic tradition and was close to the self-consciously morbid and private decadent movement.

“Portrait of Henry VIII of England” by Hans Holbein the Younger

“Portrait of Henry VIII of England” by Hans Holbein the Younger depicts the famous Tudor king in luxurious style endowed with considerable psychological depth. It is one of the iconic images of Henry and is one of the most famous portraits of any British monarch.

Holbein uses the frontal pose and positions his hands to convey the sitter’s forceful personality and royal bearing.

Portraiture was the most popular genre in sixteenth-century England, and Holbein was one of the few available, talented artists following the schism between the Church of Rome and the Church of England.

Hans Holbein the Younger, originally from Germany, had been appointed the English King’s Painter in 1536.

This painting shows Henry as young and healthy when, in reality, he was in his forties and had been severely injured earlier that year in a jousting accident.

The wound festered chronically for the remainder of his life and became ulcerated, thus preventing him from maintaining the level of physical activity he had previously enjoyed.

“View of Vessenots Near Auvers” by Vincent van Gogh

“View of Vessenots Near Auvers” by Vincent van Gogh depicts the landscape of ‘Les Vessenots,’ on the outskirts of Auvers. Van Gogh shows a village of country cottages with thatched roofs placed just below a raised horizon in the background.

In the foreground, wheat fields dominate the composition with swaying trees on the borders. The bright greens and yellows applied with thick brushstrokes follow a repetitive, undulating rhythm, which was characteristic of van Gogh’s final works.

Van Gogh painted many landscapes in the weeks before his death; he was always working outdoors. The expanses of fertile fields gave him a sense of freedom, but at the same time, he felt melancholy and loneliness.

Van Gogh painted his landscapes from life, but he shows us a personal view and creates a new and unique visual form for his impressions of what he sees.

In May 1890, Vincent van Gogh traveled to a small village thirty-five kilometers north of Paris where Doctor Paul-Ferdinand Gachet, the physician, and art collector, lived.

Theo van Gogh, the artist’s brother, had entrusted the care of his brother to the doctor at the recommendation of Camille Pissarro.

“The Falls of St. Anthony” by Albert Bierstadt depicts the falls as they appeared before any human intervention and the introduction of the spillway. The natural falls were replaced by a concrete overflow spillway in 1869.

The falls are named after the Catholic Saint Anthony of Padua. The towns of St. Anthony and Minneapolis, which had developed on the east and west sides of the falls, merged in 1872 to fully use the falls’ power for milling operations.

A Virtual Tour of Spain’s’s Museums

The Thyssen-Bornemisza Museum in Madrid