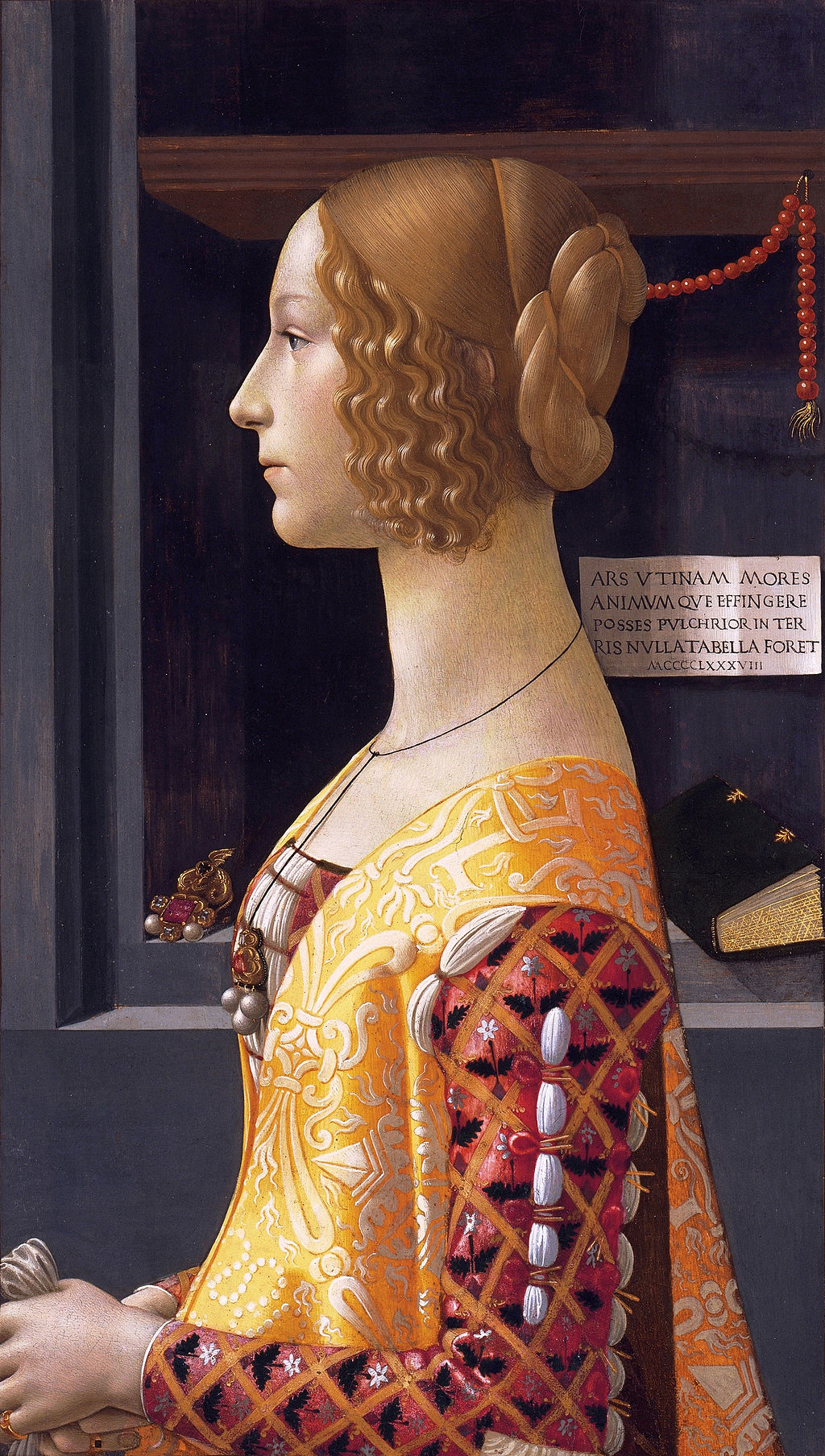 Giovanna is shown wearing a richly embroidered dress and, in the background, is a selection of her personal belongings, a hanging coral rosary, and a prayers book.

The Latin inscription, taken from an epigram by the 1st century AD poet Martial and the Roman numerals represent the date of his death. The English translation is:

“Would that you Art, could portray her character and spirit; for then, there would be no fairer painting in the world.”

In 1488, at age 13, Michelangelo was apprenticed to Ghirlandaio. When in 1489, Lorenzo de’ Medici, de facto ruler of Florence, asked Ghirlandaio for his two best pupils, Ghirlandaio sent Michelangelo and Francesco Granacci.

Michelangelo was also called to work in the Vatican and painted the ceiling of the Sistine Chapel. The student surpassed the Master.