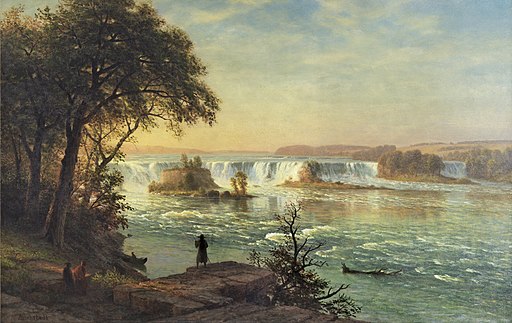 “The Falls of St. Anthony” by Albert Bierstadt depicts the falls as they appeared before any human intervention and the introduction of the spillway. The natural falls were replaced by a concrete overflow spillway in 1869.

The falls are named after the Catholic Saint Anthony of Padua. The towns of St. Anthony and Minneapolis, which had developed on the east and west sides of the falls, merged in 1872 to fully use the falls’ power for milling operations.

“The best material for the artist in the world.”
– Albert Bierstadt