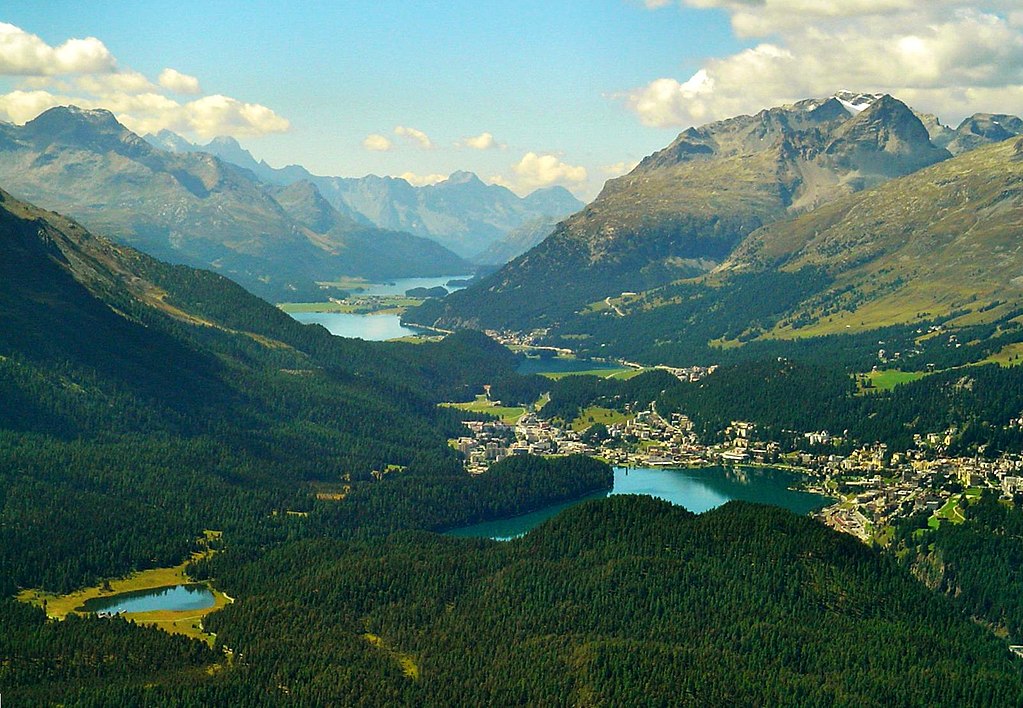 Switzerland is a federal republic consisting of 26 cantons and is bordered by Italy, France, Germany, Austria, and Liechtenstein.

Switzerland is geographically divided by the Alps, which occupy the more significant part of the territory. The largest cities are Zürich and Geneva.

The establishment of the Old Swiss Confederacy dates to the late medieval period, and the country has a history of armed neutrality going back to the Reformation; it has not been in a state of war internationally since 1815.

Switzerland is one of the most developed countries in the world, with a rich cultural heritage, with many world-class museums.

The Kunsthaus Zürich holds one of the most extensive Munch collection outside of Norway. It has a vast selection of Alberto Giacometti’s work and paintings by Monet, Picasso, Chagall, and Kokoschka.

The Swiss National Museum’s building from 1898 is in the style of the French Renaissance city chateaus. It is designed with dozens of towers, courts, and the park on a peninsula between the rivers Sihl and Limmat in the Old City District of Zurich.

The museum’s collection spans from prehistory through to ancient times and the Middle Ages to the 20th century. Also, the selection of gothic art, chivalry, and a comprehensive collection of liturgical wooden sculptures, panel paintings, and carved altars, is impressive.

The Rietberg Museum is situated in Rieterpark in central Zürich, and consists of several historic buildings: the Wesendonck Villa, the Remise, the Rieter Park-Villa, and the Schönberg Villa. In 2007 a new building was opened that more than doubled the museum’s exhibition space.

The Museum of Art and History is the largest art museum in Geneva. The museum dates back to 1826. The fine art collection has paintings from the Middle Ages to the 20th century, with works by the Italian, Dutch, French, English, Genevan, and Swiss Schools. Prominent artists include Rembrandt, Cézanne, Modigliani, Jean-Pierre Saint-Ours, and the sculptor Rodin.

The archaeology section displays findings from European prehistory, ancient Egypt, Sudan, the Near East, ancient Greece, and Roman and pre-Roman Italy, as well as a numismatic cabinet.

The Musée Ariana, also known as the Swiss Museum of Ceramics and Glass, is devoted to ceramic and glass artwork and has around 20,000 objects from the last 1,200 years, representing the historical, geographic, artistic, and technological breadth of glass and ceramic manufacture during this time.

The Museum was built between 1877 and 1884 and is shaped by Neo-Classical and Neo-Baroque elements.

International Museum of the Red Cross and Red Crescent

The International Red Cross and Red Crescent Museum is a museum that was opened in 1988 and featured the exhibition named “The Humanitarian Adventure.”

The Geneva Museum of Ethnography was founded in1901 to bring together public and private ethnographic collections of the Archaeology Museum and the Musée Ariana, the holdings of the Evangelical Missionary Society Museum, and weapons from the Geneva History Museum.

The Patek Philippe Museum focuses on the story of Patek Phillippe & Swiss watchmaking from the 16th century to now. The museum’s collection includes hundreds of watch prices covering the evolution of watchmaking technology.

The Swiss Transport Museum first opened in 1959 and exhibits all forms of transport, including locomotive, automobiles, ships, and aircraft, as well as communication technology.

The museum also maintains an extensive collection of work by Hans Erni, a local painter and sculptor. Other attractions in the museum including a planetarium, a large-format cinema.

The Musée de l’Élysée is a museum devoted to photography. The collection of more than 100,000 photographs includes those of color pioneer Gabriel Lippmann right up to contemporary photographers such as Jeff Wall.

In 2011 the museum acquired Charlie Chaplin’s entire collection of photographs: around 10,000 photographs taken throughout Chaplin’s career.

The Olympic Museum houses permanent and temporary exhibits on sport and the Olympic movement. With more than 10,000 artifacts, the museum is the most extensive archive of Olympic Games in the world.

The permanent exhibition is organized into three major themes on three separate floors: the Olympic World, the Olympic Games, and the Olympic Spirit.

The Natural History Museum of Basel has a collection focused on the fields of zoölogy, entomology, mineralogy, anthropology, osteology, and paleontology.

Its mission is to expand, conserve, explore, document, and communicate the over 7.7 million objects in its holdings, which are conceived as an “Archive of Life.”

The Kunstmuseum Basel houses the most significant public art collection in Switzerland and is listed as a heritage site. Its lineage extends back to an array of works by Hans Holbein purchased by the city of Basel in 1661, which became one of the earliest public museums in the world.

Its collection spans a wide historical span, from the early 15th century up to the present.

The Basel Paper Mill is also known as the Swiss Museum for Paper, Writing and Printing in Basel, is primarily dedicated to papermaking, the art of book printing, and writing in general.

Through a combination of pictures and objects, visitors gain insights into the old artisanal techniques of dipping paper, printing, and bookbinding. The museum is located in a building that was 500 years ago paper mill and which is of national significance.

The Basel Museum of Ancient Art and Ludwig Collection is devoted to the art of ancient civilizations from the 4th millennium BC to the 7th century AD.

The collection includes works of art from the Mediterranean region, predominantly from the period from 1000 BC to 300 AD. A significant collection is the collection of Greek vases and sculptures, the Ancient Egyptian, Near East, and Cyprus collections.

The Museum of Cultures is a museum of ethnography with collections of artifacts from Europe, the South Pacific, Mesoamerica, Tibet, and Bali. With about 300,000 objects and a similar number of historic photographs, the museum is the largest of its kind in Europe.

It also regularly organizes special exhibitions on individual themes. The museum’s teddy bear collection is unique in terms of variety and quality.

The Museum of Fine Arts Bern, established in 1879, is the oldest art museum in Switzerland. Its collection spans from the Middle Ages to the present.

The collection consists of over 3,000 paintings and sculptures as well as 48,000 drawings, prints, photographs, videos, and films.

The Bern Historical Museum is a historical museum in a building that was modeled on various historic castles from the 15th and 16th centuries.

The museum contains collections related to the history of Bern from prehistoric times to the present and other artifacts on permanent display from Asia, Oceania, America, and Egypt.

One highlight of the collection is the Muri statuette group, a group of six Gallo-Roman bronze figurines.

The Museum Tinguely is an art museum with a permanent exhibition of the works of Swiss painter and sculptor Jean Tinguely.

A variety of Tinguely’s kinetic art sculptures are on permanent display, complemented with illustrations, photographs, and other documents related to the artist’s life and work.