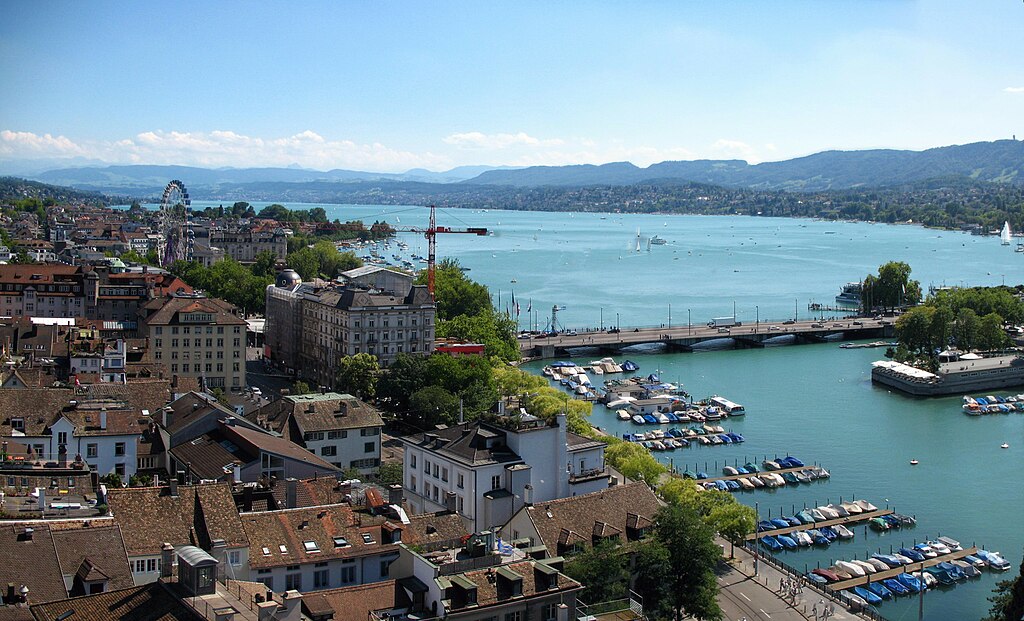 Zurich is the largest city in Switzerland, early settlements in the area have been found dating back more than 6400 years ago and dates its permanent settlement from the founding by the Romans, who, in 15 BC, called it Turicum.

During the Middle Ages, Zürich gained the independent and privileged status and, in 1519, became a primary center of the Protestant Reformation in Europe.

Many museums and art galleries can be found in the city, including the Swiss National Museum and the Kunsthaus.

The Kunsthaus Zürich houses an outstanding art collection that spans from the Middle Ages to contemporary art, with an emphasis on Swiss art.

The Kunsthaus Zürich holds one of the most extensive Munch collection outside of Norway. It has an extensive collection of Alberto Giacometti’s work and paintings by Monet, Picasso, Chagall, and Kokoschka.

The Swiss National Museum’s building from 1898 is the historicist style of the French Renaissance city chateaus.

It is designed with dozens of towers, courts, and the park on a peninsula between the rivers Sihl and Limmat in the Old City District of Zurich.

The museum’s collection spans from prehistory through to ancient times and the Middle Ages to the 20th century.

Also, the collection of gothic art, chivalry, and a comprehensive collection of liturgical wooden sculptures, panel paintings, and carved altars, is impressive.

The Rietberg Museum is situated in Rieterpark in central Zürich, and consists of several historic buildings: the Wesendonck Villa, the Remise, the Rieter Park-Villa, and the Schönberg Villa.

In 2007 a new building was opened that more than doubled the museum’s exhibition space.