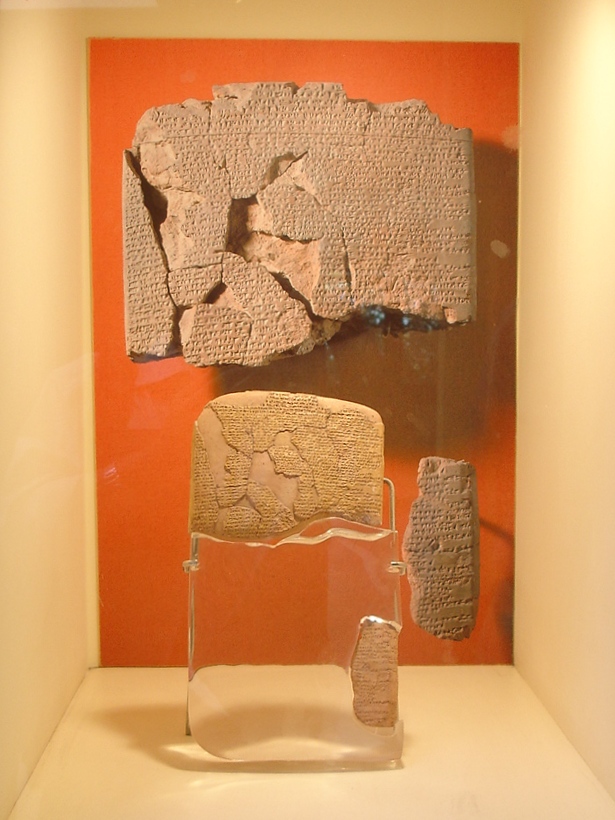 The peace treaty is the earliest example of any written international agreement of any kind. It followed the Battle of Kadesh fought some sixteen years earlier. The text concludes with a binding oath commitment before:

However, if the treaty were violated, the oath-breaker would be cursed by the gods who:

“shall destroy his house, his land, and his servants.”

If the vows were kept, the gods:

“will cause him to be healthy and to live.”

The scribes who engraved the Egyptian version of the treaty included descriptions of the figures and seals that were on the silver tablet that the Hittites delivered.

A copy of this treaty is also prominently displayed on a wall in the United Nations Headquarters in New York City.

The treaty was signed to end a long war between the Hittite Empire and the Egyptians, who had fought for over two centuries to gain mastery over the lands of the eastern Mediterranean.

The conflict culminated with an attempted Egyptian invasion in 1274 BC that was stopped by the Hittites at the city of Kadesh in what is now Syria.

The Battle of Kadesh resulted in both sides suffering heavy casualties, but neither was able to prevail decisively.

The conflict continued inconclusively for about fifteen more years before the treaty was signed.

The treaty was negotiated by intermediaries without the two monarchs ever meeting in person.

Both sides had common interests in making peace; Egypt faced a threat from the “Sea Peoples,” while the Hittites were concerned about Assyria to the east.

The treaty was ratified in 1258 BC and continued until the Hittite Empire collapsed eighty years later. 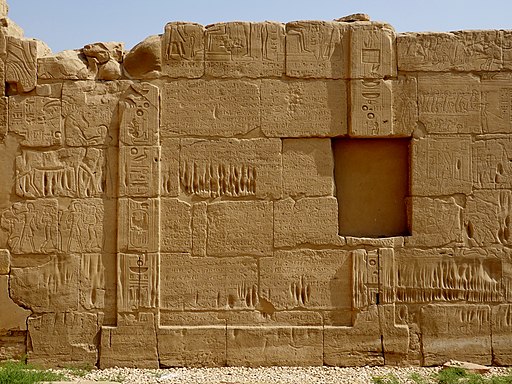 The Battle of Kadesh took place in 1274 BC between Egypt under Ramesses II and the Hittite Empire under Muwatalli II at the city of Kadesh near the modern Lebanon–Syria border.

The battle is the oldest battle in recorded history for which details of tactics and formations are known. It is believed to have been the largest chariot battle ever fought, involving up to 6,000 chariots.

The discovery of multiple Kadesh inscriptions and the Egyptian–Hittite peace treaty, makes it the best-documented battle in all of ancient history.

After expelling the Hyksos, the Egyptian New Kingdom rulers became more aggressive in reclaiming control of their state’s borders. Several Pharos fought battles to extend and control their northeastern borders.

The immediate antecedents to the Battle of Kadesh were the early campaigns of Ramesses II into Canaan. In the fourth year of his reign, he marched north into Syria.

Ramesses led an army of four divisions, which included Egyptian allies and mercenaries. On the Hittite side, king Muwatalli had mustered several of his allies, which reflected the extent of Hittite influence at the time.

Muwatalli II commanded a large force of chariots and infantry, plus the walls of the town. After six charges, the Hittite forces were almost surrounded. The more massive Hittite chariots were quickly overtaken and dispatched by the lighter, faster Egyptian chariots.

There is no consensus about the outcome with views ranging from an Egyptian victory to a draw, or an Egyptian defeat. The Hittite forces were forced to retreat, but the Egyptians were unsuccessful in capturing Kadesh.

Logistically unable to support a long siege of the walled city of Kadesh, Ramesses gathered his troops and ultimately returned to Egypt.

Once back in Egypt, Ramesses proclaimed victory, having routed his enemies; however, he had not captured Kadesh.

Hittite records document a different conclusion to the broader campaign, in which Ramesses was forced to depart from Kadesh in defeat.

Modern historians conclude that the battle ended in a draw. However, the Egyptians successfully developed new technologies and rearmed, allowing them to push back further incursions by the Hittites.

An official peace treaty with Hattusili III, the new king of the Hittites some fifteen years after the Battle of Kadesh, finally concluded the long-running borderlands conflicts.

Hieroglyphics version of the Egyptian-Hittite Peace Treaty from the Temple of Karnak, Luxor, Egypt

Each side made pledges of brotherhood and peace to the other with a mutual guarantee that they would not invade the other’s land.

The treaty established boundaries and made formal renunciations to further hostilities.

A clause promotes an alliance by making reassurances of aid if either party is attacked by a third party or by internal forces of rebellion. Each country agreed to extradite political refugees to their home country.

The two rulers called upon the respective gods of Hatti and Egypt to bear witness to their agreement.

The inclusion of the gods is a common feature in ancient international law since only a direct appeal to the gods could provide the means to guarantee adherence to the treaty.

The ability of the goods to bestow curses and blessings was a severe penalty in case of a violation.

The Treaty of Kadesh, Egypt-Hittite Peace Treaty, 1259 BC

A Tour of the Istanbul Archaeology Museums

Battle of Kadesh (Egypt vs. Hittites)

The Battle of Kadesh – Ancient Egypt vs. the Hittites

“Every new beginning comes from some other beginning’s end.”
– Marcus Annaeus Seneca