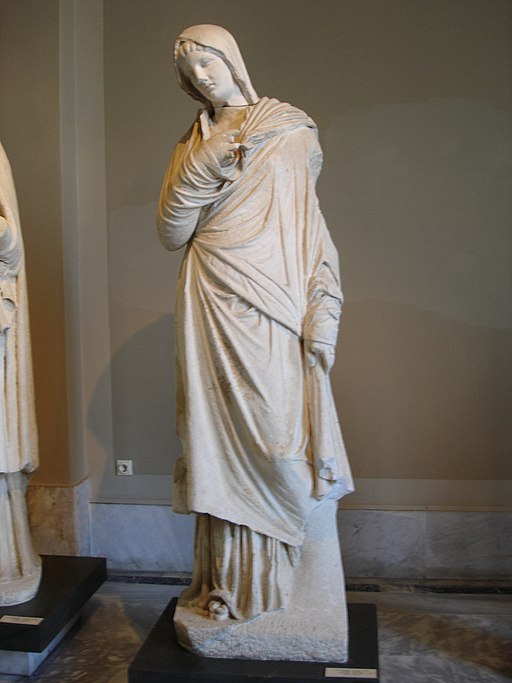 There are several famous statues of various women posing as Pudicitia in Italian museums that have influenced many European artists. “The Holy Women at the Sepulchre” by Peter Paul Rubens shows the influence of such Pudicitia statues.

Pudicitia or “sexual virtue” is a word that is derived from the more general “pudor,” the sense of shame that regulated behavior as socially acceptable. Pudicitia was most often a defining characteristic of women.

Men who failed to conform to masculine sexual norms were said to exhibit feminizing “impudicitia,” or sexual shamelessness.

Vibia Sabina (83 – 137) was a Roman Empress, wife to Roman Emperor Hadrian. Sabina accumulated more public honors in Rome and the provinces than any imperial woman had enjoyed since the first empress, Augustus’ wife, Livia.

Sabina is the first woman whose image features on a series of coins minted in Rome. She was the most traveled and visible empress to date.

Her husband was thought to be more sexually interested in his favorite Antinous and other male lovers, and he and Sabina had no children. In 128, she was awarded the title of Augusta. 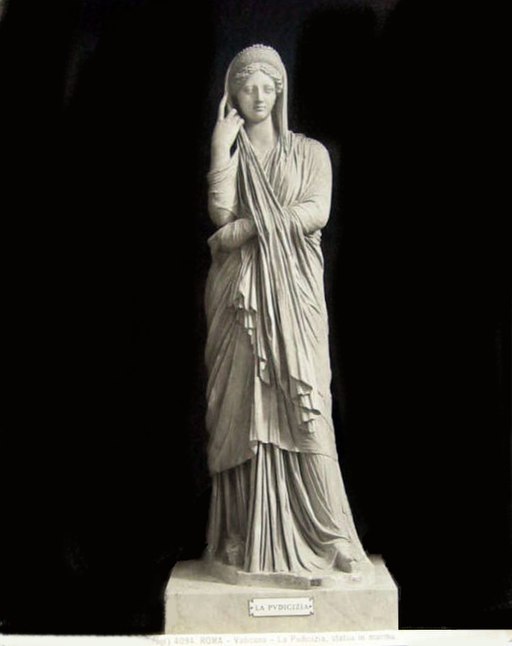 Thassos, where this sculpture was discovered, is a Greek island in the North Aegean Sea. The island was colonized at an early date by Phoenicians, then around 650 BC by Greeks, who founded a colony on Thasos.

During the war between Macedonia and the Romans, Thasos received its freedom at the hands of the Romans, and it was a “free” state for a while.

Thasos was part of the Eastern Roman Empire and then the Byzantine Empire for most of the Middle Ages.

Thasos was captured by the Genoese in 1434, who surrendered it to the Ottoman Empire in 1455.

In 1912 during the First Balkan War, the Greek navy freed Thasos from the Ottomans, and it became part of Greece.

A Tour of the Istanbul Archaeology Museums

The white lie we’ve been told about Roman Statues

The Art of Ancient Rome – Sculpture and Reliefs

“Every new beginning comes from some other beginning’s end.”
– Marcus Annaeus Seneca