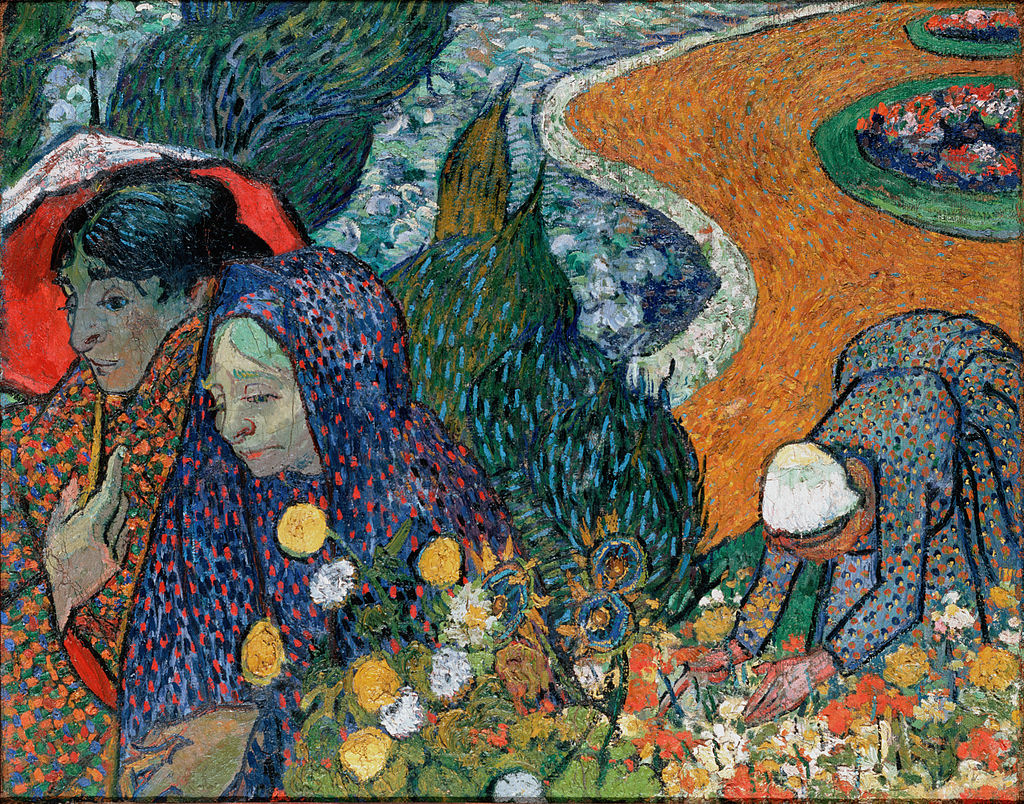 “Memory of the Garden at Etten” by Vincent van Gogh

“Memory of the Garden at Etten” by Vincent van Gogh depicts the artist’s mother and sister. The garden refers to the parsonage garden at Etten, now Etten-Leur, in the Netherlands, where Vincent’s father, a pastor, had been appointed.

Vincent’s father, Theodorus van Gogh, had been assigned to Etten as a pastor. Vincent spent periods there, notably from Easter to Christmas 1881, when he returned to join his brother Theo, an art dealer.

This period at Etten represents the beginning of Vincent’s ten-year career as an artist. He had returned to Etten intending to set up a studio there. However, that summer, Vincent became obsessed with his recently widowed cousin Kee Vos-Stricker, who had been invited to stay over the summer with her eight-year-old son Jan.

Vincent and Kee started taking pleasant walks together, and Vincent developed tender and romantic feelings. Within the fortnight Vincent proposed marriage. She famously rebuffed him and quickly left for Amsterdam and never wanting to deal with him again.

Vincent’s obsessive attempts to press his suit eventually became a matter of family scandal. He had a bitter quarrel with his father on Christmas Day and then left the family home to set up his proposed studio in The Hague instead.

Vincent subsequently painted in Nuenen, his previous family home, and Antwerp, before joining Theo in Paris in 1886. Finally, he set up a studio in 1888 at the Yellow House in Arles, where he was joined by Paul Gauguin, intending to form an artists’ commune. 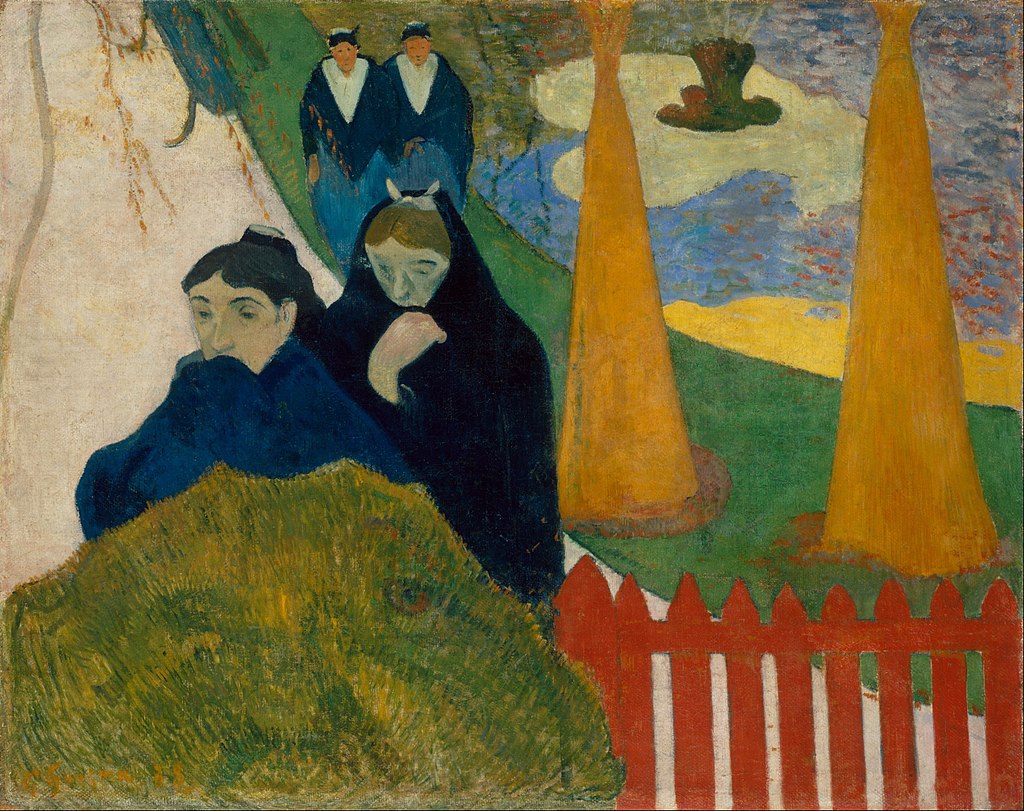 “Memory of the Garden at Etten” was intended as a decoration for his bedroom at the Yellow House. Vincent van Gogh’s painting was influenced by a picture that Gauguin was painting at the same time titled “Arlésiennes” (Mistral). Vincent was at pains to use his imagination in the way Gauguin was approving and supporting.

Vincent’s figures in “Memory of the Garden at Etten” are generally taken to be his mother and sister Willemien. However, others believe that the younger woman was a representation of Kee Vos Stricker, the woman he fell in love with at Etten. Vincent was somewhat enigmatic on the subject in a letter to his sister.

The younger woman stands behind his mother figure in the painting. The two women fill the foreground of the left picture frame, seemingly walking out of the scene. Behind them is a woman bent over as she works the garden. The trees and flowers are echoed in many of his other pictures during his time in Arles.

Memory of the Garden at Etten

Memory of the Garden at Etten (Women of Arles): digital reconstruction