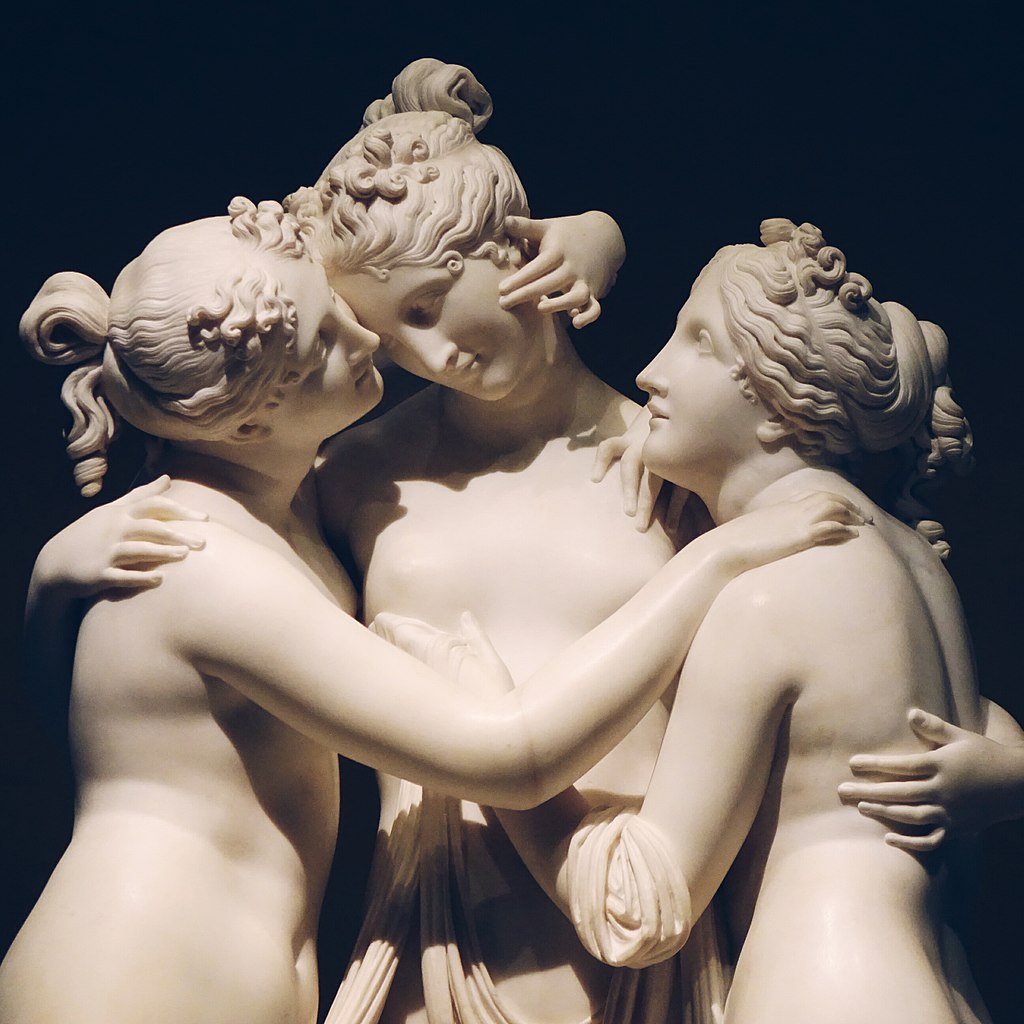 “The Three Graces” by Antonio Canova

“The Three Graces” by Antonio Canova is a statue of the three mythological charities who were daughters of Zeus. Zeus was the sky and thunder god in ancient Greek religion, who ruled as king of the gods of Mount Olympus.

The three sisters are identified as Euphrosyne, Aglaea, and Thalia, from left to right. They represent youth and beauty, she is named Thalia, mirth, is named Euphrosyne, and elegance is named Aglaea.

This masterpiece is carved from white marble and demonstrates Canova’s ability to shape the stone to highlight the Graces’ soft flesh.

This artistry was a trademark of the Canova, and this piece shows his leadership style in the Neoclassical movement in sculpture.

Their hairstyles are similar, braided, and held in a knot. A peaceful balance is achieved, as the sisters embrace and become as one in their embrace. 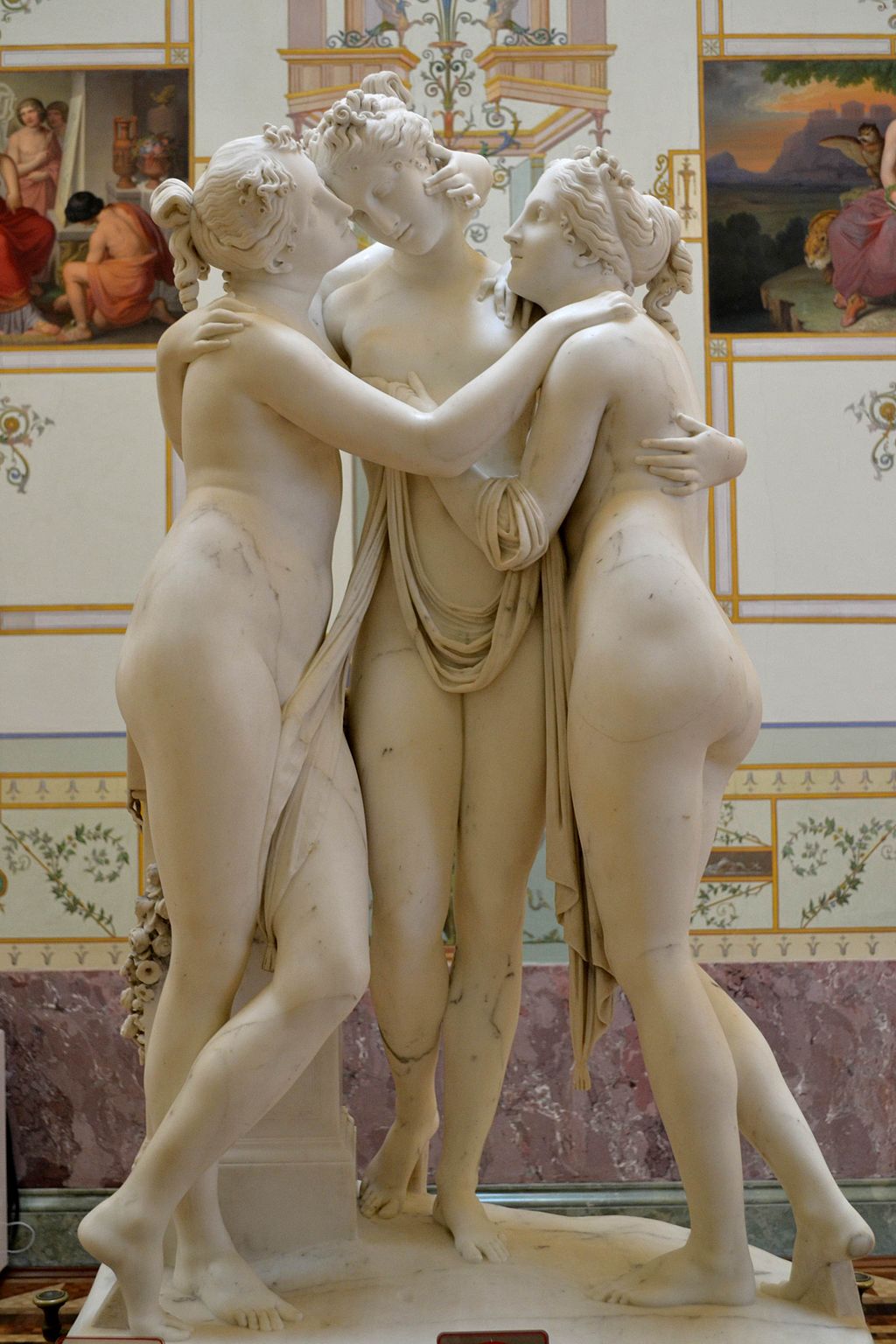 They are united by their linked hands and by a scarf which provides some modesty. The unity of the Graces is one of the main themes of this masterpiece.

This original statue, which is in the Hermitage Museum, was sculpted for Empress Josephine, the first wife of Napoleon I.

A second version was commissioned for an English patron, which is now jointly owned by the National Galleries of Scotland and the Victoria and Albert Museum in London.

This version “The Three Graces” by Antonio Canova was initially made for the Sculpture Gallery at Woburn Abbey, Bedfordshire. It was initially housed in a specially designed Temple of the Graces.

From left to right, they represent:

Canova had first depicted the Graces in a painting of 1799. In 1810 he modeled a terracotta sketch which is now in the Musée de Lyon, France

In 1812 Empress Josephine, the first wife of Napoleon I ordered a full-size marble. The original marble version of this statue sculpted for Empress Josephine is exhibited at the Hermitage Museum, St Petersburg.

This second version is now jointly owned by the National Galleries of Scotland and the Victoria and Albert Museum in London and is alternately displayed at each.

Canova was regarded as one of the greatest of the Neoclassical artists; his artwork was inspired by the Baroque and the Classical Revival.

Antonio Canova was born in the Venetian Republic, and unfortunately, his father was a stonecutter, died when Canova was three years old,

Fortunately, he was put into the care of his paternal grandfather, who was a stonemason and a sculptor who specialized in altars with statues and low reliefs.

His grandfather led Antonio into the art of sculpting. At the age of nine, Antonio Canova executed two small shrines of Carrara marble, which are still in existence. After these marble works, he was employed under his grandfather as a sculptor.

The Three Graces at the Hermitage in St. Petersburg, Russia