The National Roman Legion Museum is one of three Roman sites in Caerleon, along with the Baths Museum and the open-air ruins of the Roman Amphitheater and Barracks.

The Romans in Wales were the farthest point west that the Empire in Roman Britain extended. The fortress at Isca Augusta, now Caerleon, was constructed in 75 AD.

Isca Augusta was one of only three permanent Roman Legionary fortresses in Roman Britain. It was operational for just over 200 years.

The ruin remains of Isca Augusta include:

The museum is located in the center of Roman Isca, on what was the via principalis leading to the amphitheater.

Many retired soldiers of the Second Augustan Legion settled in the nearby town of Venta Silurum, which is now Caerwent.

The first museum on the site was the Antiquarian Museum of 1850. Following the 1987 rebuilding and enlargement of the museum, only the portico now remains. 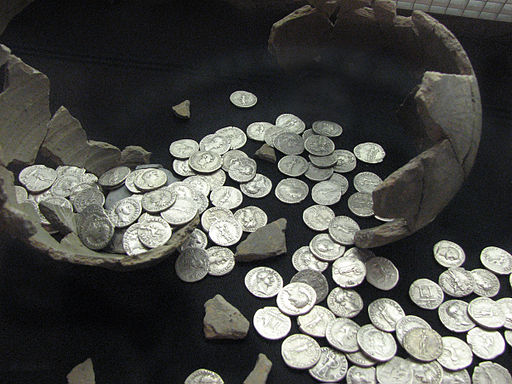 Hoard of Roman coins discovered at Llanvaches buried around A.D. 160. 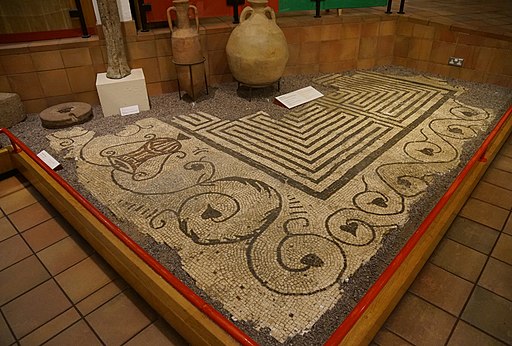 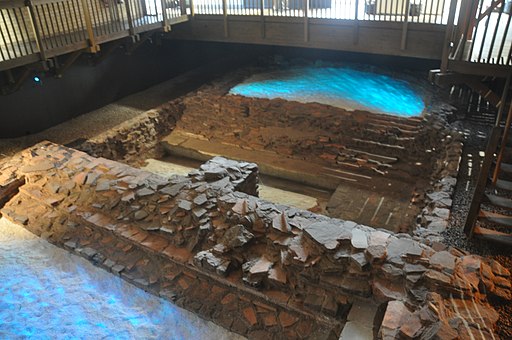 The Caerleon Roman Fortress and Baths museum is a historical site located in the town of Caerleon, South Wales, close to the National Roman Legion Museum.

The Roman Wales fortress at Caerleon was built in AD 75 was one of only three permanent Roman Legionary fortresses in Roman Britain. It was occupied and operational for just over 200 years.

The baths museum has a covered walkway over part of the remains of the military bathhouse. There was a frigidarium, tepidarium, and caldarium, as well as an open-air swimming pool. 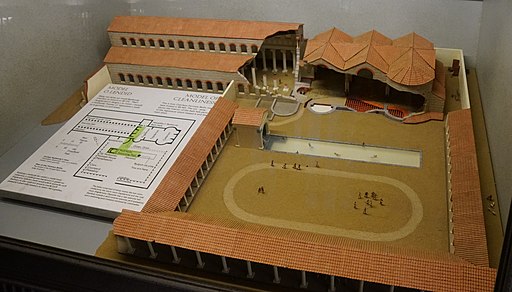 Caerleon is a suburban town on the outskirts of the city of Newport, Wales. It has an archaeological site of a notable Roman legionary fortress, Isca Augusta, and an Iron Age hillfort.

Close to the remains of Isca Augusta are the National Roman Legion Museum and the Roman Baths Museum.

The town also has many historical and literary associations. Caerleon was a major center of British history in Geoffrey of Monmouth’s “Historia Regum Britanniae” (c.1136), and Alfred Lord Tennyson wrote Idylls of the King (1859-1885) while staying in Caerleon. 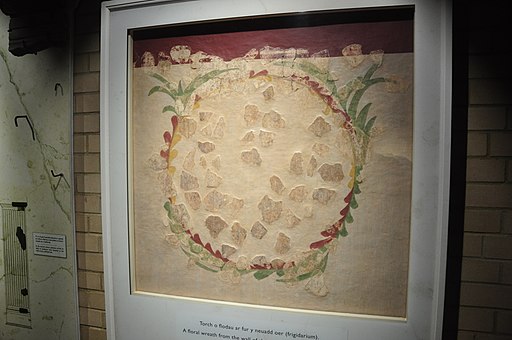 Virtual Tour of the Museums in the United Kingdom

“If you want to be a leader, be a bridge.”
– Welsh Proverb